Milestones : Not All Convinced By Russia’s Investment-grade Status 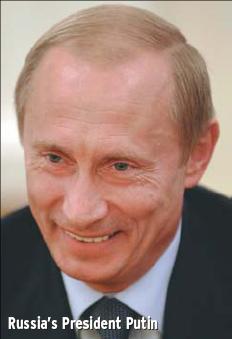 Russia has long been a destination for more adventurous investors, but at the beginning of last month it finally got the nod from a ratings agency. For the first time in the country’s history Russia gained a coveted investment-grade rating from Moody’s.The move immediately boosted Russian stock prices and tightened its fixed-income risk premiums, but some investors feel the rating agency’s upgrade may have been hasty.

Moody’s raised its ratings on the Russian Federation’s foreign currency bonds and notes by two notches to Baa3, citing the country’s strong foreign reserve expansion (expected to hit $65 billion by year-end), healthy budget surplus and dramatic drops in debt-to- GDP ratios as among factors driving its decision. Moody’s has broken away from the pack with its ratings change: Rivals Standard & Poor’s and Fitch are keeping their ratings unchanged for the moment.

Some market analysts, surprised by Moody’s timing, are unconvinced. Among concerns are the December parliamentary elections and March 2004 presidential election, the outcome of which could slow momentum for structural reforms. Russia’s dependence on oil for federal revenues, some note, should also have tempered Moody’s enthusiasm, as a drop in oil prices may threaten financial stability.

“The reforms most important for the transformation of the economy away from its dependence on primary commodities have been lagging behind, notably reforms of the banking sector, natural monopolies and the civil service and public administration,” said the IMF in a report issued after the upgrade.To Russia’s credit, the government’s stabilization fund to cushion drops in oil prices is expected to reach $7 billion this year. Russia’s new rating should attract institutional investors, particularly pension funds, which invest only in top-rated securities, although many will almost certainly wait until after next year’s presidential results are in before they pile in. Russia’s 1998 default, after all, put one US-based hedge fund out of business and cost billionaire investor George Soros some $2 billion in losses.