While more glamorous instruments such as derivatives have stolen the limelight, insurance still has a crucial role to play in the management of risks.

The techniques of risk management have in recent years progressed by leaps and bounds, driven in no small part by the risk-weighted approach of Basle II’s capital adequacy rules. So, too, has the burgeoning market in credit derivatives, through which means risk managers at major international banks have successfully unloaded large concentrations of credit risk. Put simply, the banks have been net buyers of protection against “credit events”— whether these be downgrades, restructurings or corporate failure.
By volume, the sellers of this protection are mostly other banks seeking to diversify their own portfolios, though a large concentration of residual risk is taken up by a relatively small number of highly capitalized, triple-A-rated specialist insurance companies—the so-called monolines. The concentration has become intense enough that some central bankers and regulators have expressed concern over the migration of financial risk from the banking to the insurance sector, fearing this could pose a systemic threat to the overall financial system.
The core business of these specialized financial guaranty insurers, among which the largest players are Ambac, FGIC, FSA and MBIA, is to provide credit enhancement to capital market transactions,mainly municipal bonds, asset-backed securities and other structured transactions.The cover provides guaranteed payment of interest and principal in the event of default, thereby enhancing the quality of the underlying credits (which are normally at least investment grade), opening them to a broader spectrum of investors and allowing them to be priced more finely. Last year, the major monolines provided cover for transactions valued at nearly $400 billion, and they have played a major role in facilitating the process of securitization, whereby the major banks have moved large tranches of credit risk off their balance sheets. 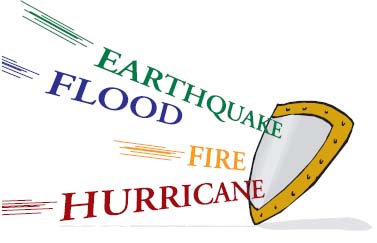 On an ongoing basis,however,much of these banks’ credit risk arises from their loan book or transaction-related swaps undertaken for corporate clients. For risk managers the main challenge is to manage down the concentrations of credit risk acquired through the broader banking business. In part, this involves buying risk protection through credit default swaps (CDS) or selling on credit risk through collateralized loan obligations.
Diversification of risk exposures is achieved mainly through a two-way market in credit default swaps—the buy-side representing an easy way of gaining pure exposure to market segments and counterparties, which will replicate a more balanced risk portfolio.Robert McWilliam, a risk manager at ABN Amro, says: “We manage the residual risk and capital using a variety of tools. It’s the same as not flying a plane with just one dial.”
One of the problems still affecting the assessment of credit markets is the relative lag in reacting to cases of default, and specifically to cases of fraud, which has forced investors to look at alternative, internal risk analysis tools and models.This means moving on from traditional methods of assessing corporate risk based around data provided by credit information agencies such as Dunn & Bradstreet or the leading ratings agencies —Standard & Poor’s,Moody’s and Fitch—where the assessment is done qualitatively, supported by some chosen scoring mechanism combined with financial ratios.
One of the limitations intrinsic to such old-fashioned methods is that credit risk exposures can be updated only relatively infrequently.Apart from this time-lag, ratings agencies tend to focus on earnings power and balance sheet integrity. One market participant expressed concern that “the capital charges imposed by agencies are based on mechanical models that result in higher capital charges than what our internal models suggest.”
More recently, a number of quantitative credit risk models have become commercially available and are now used by in- vestment and other banks in managing their credit risk portfolios. Generally, these models use “option pricing technology” to value the companies and extrapolate outward to arrive at the underlying credit risk. Of the two main approaches, the so-called structural models provided by ratings agencies or commercial software providers like KMV and the JPMorgan-originated Creditmetrics tend to concentrate on balance sheet data from which they produce expected default probabilities.
The KMV model computes the market value of a company’s assets, provides a measure of the asset value volatility and then, after determining the company’s liabilities and capital structure, arrives at a hypothetical default point.The main drivers in this model are variations in stock prices, the debt level and asset volatility. The Creditmetrics model is based on credit migration analysis, the probability of a corporate or debt instrument moving from one credit quality to another and, ultimately, to default. This approach equates changes in credit ratings with underlying changes in credit quality, while another potential drawback is its reliance on average historical frequencies to predict future credit migration (whereas recent evidence suggests corporate defaults are more idiosyncratic events).
Other tools used by credit risk managers are actuarial-type default intensity models such as CSFB’s CreditRisk and McKinsey’s CreditPortfolio View, which have been applied successfully by larger firms in conjunction with their own internal expertise.The challenge is to refine such systems and extend their timeframes outward.

Insurance Plays Key Role
In general, the narrower the market, the poorer the liquidity and the higher the likely concentrations of risk. That said, the securitization of broad credit portfolios and the growth of synthetic collateralized debt obligations have opened up new ways for investors to participate in credit markets without such concentrated exposure to a single name as previously was the case. Nonetheless, the relative concentration of securitized credit markets requires different risk management techniques. Classic portfolio theory might have some input in terms of spreading risk across different maturities, credit ratings, asset classes and structures, but it is not central to the equation.
Managing underlying credit and counter-party risk through credit derivatives and swaps might be the main concern of risk managers, but there is also operational risk, and here insurers also play an important role. “Operational risk has always been an important part of our business,” says Munich Re’s Elmar Schieder.“There are areas of operational risk where insurance has always played a role, such as insuring against fraud, professional indemnity and property insurance. The big banks either already have or are in the process of developing risk management tools to better handle all of their operational risks,” he observes. However many smaller and medium-size banks don’t have the systems in place to manage it.
“There is today greater awareness of these risks,” Schieder says, because of the new 20% capital adequacy requirements under Basle II and also because of the relief allowed against setting aside so much capital if those operational risks are covered by insurance products. “At present this has not had a major impact on demand for insurance in the short term.But maybe new products will be developed to provide overall insurance cover for operational risk. Or maybe it will develop more selectively, with weightings of certain types of cover for different areas of risk exposure,” he says.
In the long term, however, Schieder believes there is a clear incentive for all financial institutions, whether large or small, to improve their own internal risk management systems, particularly with regard to minimizing operational risk.
“The capital relief provided under Basle II is not the main driver of this. It is more the awareness that they need to improve their overall risk situation,” he concludes. For broad-based reinsurers such as Munich Re—as opposed to the highly specialized monolines—the long-established business of providing cover for special lines such as trade credits, sureties and bankers’ blanket bonds remains the core business. The banks also provide such guarantees, but Schieder sees the insurers as “complementing rather than competing directly with the banks, providing specialist products such as trade credit or tax bonds guaranteeing payment in case of bankruptcy, and in this way complementing the banks’ products.” ■