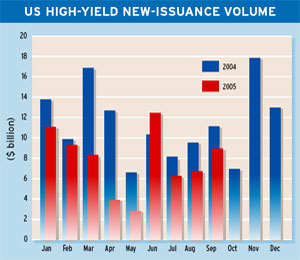 Desarrolladora Homex, a leading Mexican homebuilder, lowered its borrowing costs and extended its debt maturity by placing $250 million of 10-year senior guaranteed notes with qualified buyers in the US market and hedging its resulting currency exposure.

The notes were sold with an interest rate of 7.55%. After adding in the costs of hedging the principal of the notes for currency risk, the fixed interest rate came to 10.4%, the lowest paid by any Mexican housing company, according to Homex.

The company, which makes low- and middle-income housing in Mexico, plans to use the proceeds of the September 28 offering to repay $215 million of existing debt, including bridge loans from its acquisition of rival Casas Beta, which was completed in July.

Homex had an initial public offering of its shares in the US and Mexico in June 2004. Its American depositary shares trade on the New York Stock Exchange. “Our NYSE listing and strong corporate-governance structure were critical to achieving favorable terms and structuring this [note] offering,” says Homex CEO Gerardo de Nicholas.

The issuance of notes was intended to strengthen the company’s balance sheet by extending the average maturity of its debt from three years to more than eight years, de Nicholas says. The company repaid approximately 81% of its total outstanding debt. It will not have to make any debt principal payments in the next three years.

Homex is the largest publicly listed homebuilder in Mexico and has the widest geographic spread, with operations in 14 Mexican states. It is dependent on purchases by low-income families who receive subsidies from the federal government, which is trying to promote home ownership throughout the country.

Dallas-based Neiman Marcus, a luxury retailer, was forced to cut the size of its planned $2.2 billion high-yield note issue to $1.2 billion on September 28, as the market struggled with a heavy supply of new issues. The company operates Neiman Marcus and Bergdorf Goodman stores and a direct-marketing business, which includes a print catalogue and online operations.

Private equity firms Texas Pacific and Warburg Pincus agreed in May to acquire Neiman Marcus for about $5.1 billion. The $1.2 billion placement of 10-year notes, which comprised $700 million of senior notes and $500 million of senior subordinated notes, was the second-largest high-yield issue this year related to a leveraged buyout. SunGard Data Systems sold $3 billion of notes on July 27 in a three-part offering. 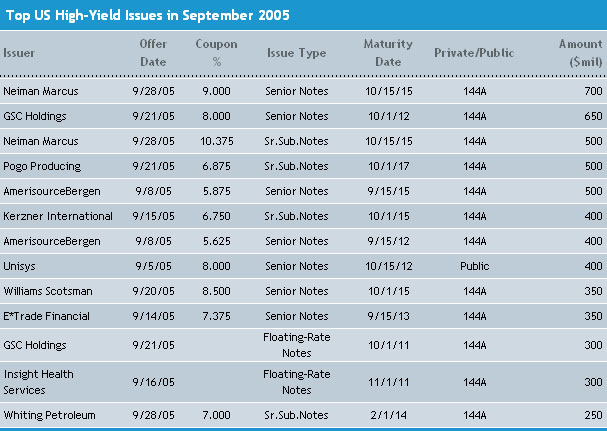