November 01, 2005
Author: Gordon Platt
Global Finance selects the winners from among the leading banks that create and implement financing plans for major projects around the world. 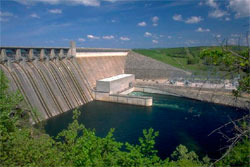 Project finance activity worldwide has cooled significantly from the fever pitch of 2004, with China largely absent from the market so far this year but with activity still booming in the oil-rich countries of the Middle East. China has pulled back from the market, as it seeks to slow its economy, and is reassessing how it handles major projects. Foreign direct investment in China has been slowing, says Carl B. Weinberg, chief economist at High Frequency Economics, based in Valhalla, New York. Cumulative investment projects in China in the first three quarters of 2005 were below the year-earlier level, he says.

China’s latest five-year plan, adopted in October, is more selective in the types of projects that will be accepted, with more attention to environmental issues and social issues such as equalizing urban and rural income. “A new tack in the direction of investment may reduce profitability of new ventures and limit the scope of projects that will be embraced by the government,” Weinberg says.

Overall global volume of project financing fell 7%, to $98 billion, in the first nine months of 2005 from $105 billion during the same period last year, according to Dealogic. The number of deals fell to 272 in the first three quarters of 2005 from 311 deals in the same period of 2004. Still, financing to build new projects, as opposed to refinancing, rose 29% to the highest level since 2001. The Middle East was the only region to show an increase in project financing for the first nine months of this year, with a rise of 152% to $25.3 billion, according to Dealogic.

The $8.1 billion RasGas II and III LNG Expansion project in Qatar was the biggest project finance deal worldwide in the first three quarters of 2005. The major shareholders in the project are Qatar Petroleum and ExxonMobil. Much of the LNG produced will be imported into the US from terminals to be built in the Gulf of Mexico.

Western Europe has continued to be the most active region for project finance, with volume of $28.2 billion from 97 deals in the first three quarters, according to Dealogic. But this total was down 19% from $34.6 billion in the first nine months of 2004.

“The countries of Central & Eastern Europe still have a strong need for modern infrastructure, especially in the transportation sector, which is a backbone for future economic development of the region,” says Martin J. Frank, head of corporate and project finance and public sector at Vienna-based Bank Austria Creditanstalt. The bank has arranged and structured financings for major airport expansions in Prague and Warsaw, as well as various toll-highway projects in the region.

“We expect to see further investments in processing industries in the region which are funded on a project-finance basis,” Frank says. “One of the clear advantages for such ventures is a skilled work force in the CEE which is still relatively cheap compared to Western European standards,” he adds.

Many countries in the region have adopted favorable tax regimes for corporations to attract foreign direct investment. Countries further east, such as Ukraine and Russia, are opening up and should offer a huge market for project finance, according to Frank. “The same holds true for Turkey, where project finance is already an established way of funding projects,” he says.

In selecting this year’s winners, Global Finance editors considered a range of objective and subjective criteria. These included the banks’ quantitative performance in the second half of 2004 and the first half of this year, innovations in financing and the strength of the banks’ project finance teams. We considered data provided by the banks and by leading international market research organizations and surveyed key project finance attorneys, consultants and other market observers.