November 01, 2005
Author: Laurence Neville
Socially responsible investment is a growing force, and corporates have taken note. But what does it take to get on approved investment lists? And do the companies get anything back from being high-minded? 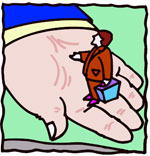 Responsibility is the buzzword of the 21st century. Companies line up to profess their environmental and social credentials and acknowledge their responsibility for communities and ethical practices. At the same time—and not coincidently—an ever-increasing array of funds competes to invest our savings in companies that are run according to socially responsible investment (SRI) principles.

Figures for SRI are patchy at best despite a proliferation of industry groups. Around 10% of all assets under management in the United States—or around $2.16 trillion at the end of 2003, the last year for which figures have been published by the Social Investment Forum—are now invested “responsibly.” In Europe SRI was around €336 billion ($408 billion) at the end of 2003, according to the European Social Investment Forum.

It is a fair assumption that both figures have risen substantially in the intervening two years. That makes SRI investors a force to be reckoned with. Indeed, according to studies published this year by Mercer Investment Consulting, SRI is increasingly becoming a mainstream product. Most investment managers believe SRI practices will become a part of mainstream investment processes by 2015.

The leading indexes for SRI—and thus the benchmark for thousands of fund managers—are Dow Jones Sustainability, established in 1999 and based on a Corporate Sustainability Assessment by Sustainable Asset Management Research; and FTSE4Good, set up in 2001 and open to any company in the UK FTSE-All Share or the global FTSE All-World Developed indexes.

FTSE4Good has a long list of criteria for inclusion and excludes specific types of companies such as tobacco producers, nuclear weapons companies, defense companies, nuclear power operators and uranium mines. Dow Jones Sustainability adopts a best-in-class approach rather than excluding specific sectors. But to a casual observer what is unusual about these indexes is what they do include. Oil and mining companies and airlines—three sectors often considered socially or environmentally irresponsible—are present, for example.

William Oulton, strategic adviser, SRI, at FTSE Group—which has an independent criteria selection committee of former company executives, investors and academics—says concerns arise from a misunderstanding of how FTSE4Good and other SRI indexes work.

While FTSE4Good selection criteria include environmental impact and management, human rights and stakeholder issues such as employee or community relations, it is “not an ethical index per se,” according to Oulton, but instead reflects consensus opinion about SRI. “There is a robust consultation of criteria, but FTSE4Good is about how companies manage their social and environmental risks,” he says.

More generally, with a few exceptions—such as the nuclear industry or uranium mining, though they are under review by FTSE4Good—the emphasis is not on negative screening, or excluding companies from the index, but on positive screening, or including the best companies in each sector in the index.

Oulton says that the bar for inclusion in the FTSE4Good has been raised frequently since it was launched—something some other index providers have not done—and that out of 2,500 companies eligible just 900 are included in the various FTSE4Good indexes. “Companies are changing their behavior in order to comply with selection criteria, and that must be welcomed,” he says.

While the changes a company has to make to be included in indexes such as FTSE4Good vary, the motivations for wanting to be included are often similar. As Northumbrian’s Mowbray notes, the collation of statistics and their publication by constituent companies allows easy comparison with peers. “We like it because we can see how we are doing compared to other constituents—both in our sector and outside,” he says.

Altruism is a factor in deciding to join an SRI index—Jones says Premier Oil “wants to try to do its part”—but it is not the sole or even principal reason. Instead, most companies say the main benefit to be gained from joining an SRI index—having filled in hundreds of pages of documentation in order to be eligible for membership—is improved management and processes, according to Oulton at FTSE4Good.

“One of the most important reasons for us to consider FTSE4Good was how it altered how we understood risk,” says Jones. “If you don’t understand risk, you can’t be prepared.” Risk in the oil business is no longer just about reserves and extraction. Social and political risks have assumed as great, or greater, importance. “If you don’t look after local communities, then they can make operations difficult,” he says.

In order to access its risks, the company had to construct systems to understand how it reacts to any situation. “We needed to systematize human rights, for example,” says Jones. “Clearly we have an impact on people’s lives, and we need to have a framework so that we know how our managers will respond to human rights challenges anywhere in the world.”

For environmental issues, considering risks meant minimizing the footprint of operations and endeavoring to create a net positive benefit. “For example, we have a ‘flaring’ policy of always preferring to sell off gas rather than burn it,” says Jones. “And environmental issues are, of course, related to social ones: If you are polluting the environment, then local communities are going to turn against you.”

This cataloguing of risks has a huge payoff in the commercial benefits it brings a company. SRI shareholders are an important force in investing, and, as Ian Coleman, global valuation and strategy leader at PricewaterhouseCoopers in London notes, companies “would be mad to ignore such a huge weight of money, which is growing every year.”

However, the benefits of SRI index inclusion are not limited to the SRI investors gained. The process of compiling detailed risk information makes companies increasingly attractive to mainstream investors who are interested in disclosure of business practices following corporate governance scandals such as Enron and WorldCom. This clamor for disclosure has been bolstered by changes in legislation, some of which refers specifically to social and environmental risks.

The United Kingdom was one of the earliest adopters of such policies, and the Turnbull Report in 1999 required companies to map out their social and environmental risk. The New Economic Regulations were introduced in France in 2001 with a similar goal. And while in the US Sarbanes-Oxley in 2002 focused on financial transparency, it at least raised the profile of the social implications of corporate behavior somewhat.

“There’s some way to go, but there is a growing realization in the US that social responsibility is not just about how money is spent—on things such as foundations, laudable though they are—but that how companies earn their money is also important and needs to be monitored,” says FTSE4Good’s Oulton. “Things will change further given time.”