Taking Away The Punch Bowl Could End Rip-roaring Party In The Credit Markets. 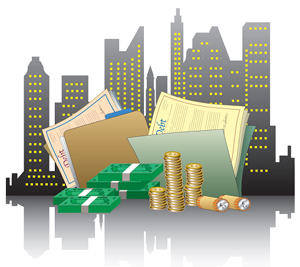 The fxed-income markets have produced some of the biggest returns ever this year, as central banks around the world have pumped out trillions of dollars of liquidity. Investors seeking higher yields extended their positions further out the yield curve and into riskier instruments. The high-yield bond market has been among the best performers. The big question now is how the credit markets will respond to the gradual removal of excess liquidity as the economy recovers.

“We are still in the early days of the recovery,” says Robert McAdie, global credit strategist at Barclays Capital, based in London. “It is too soon to tell what the rate of rebound will be. We need to see consumer-led growth pick up,” he says.

Timing will be critical as central banks around the world seek an exit from the extraordinary measures put in place to enhance credit conditions. Some existing programs are being allowed to unwind and are not being renewed. Further steps will depend on whether corporate financing shows continued improvement. While rates on commercial paper are significantly lower than during the crisis, for example, small businesses are still struggling to obtain credit.

“Keeping the liquidity spigots open and real rates [adjusted for inflation] negative for too long prompted the global search for yield at the heart of the reasons for the credit crisis,” according to a Banc of America Securities-Merrill Lynch research report. “Whether the lesson will be learned for monetary policy remains uncertain, though by current measures, the reflation in credit markets [that is] arguing for an end of monetary accommodation appears again disregarded,” it says. The report says the Federal Reserve is not likely to begin tightening policy until 2011, although other economists expect US rates to rise as soon as the first quarter of 2010.

Fed chairman Ben Bernanke said on October 9 that the US central bank is ready to tighten policy when conditions warrant. His comments, which were aimed in part at bolstering the slumping dollar, sparked a temporary sell-off in the bond markets as investors concluded that the Fed was closer to raising interest rates than previously thought. Meanwhile, however, the cost of raising funds in the bond market remains extremely attractive.

Non-financial corporations worldwide have issued a record $1.3 trillion in bonds in the year to date as of early October, according to Dealogic. This is 20% more than the total of corporate lending by banks in the same period.

Notwithstanding the high volumes of new issuance in the corporate debt markets, investor appetite for bonds remains high. Even companies in weak sectors have been able to tap the high-yield market at relatively attractive rates. However, the aggressive global policy response to the financial crisis could contribute to inflation down the road.

“The bond market is split down the middle as to whether inflation or deflation will be the bigger force going forward,” says Nick Gartside, global head of fixed income at London-based Schroders. “Our strong view is that we are entering a long-term inflationary cycle, although we do accept that deflation may dominate in the short term,” he says.

Schroders expects inflation, interest rates and bond yields to be higher in the future. “The policy response to the financial crisis has been extraordinary,” Gartside says. “We have seen record-low interest rates, record fiscal-stimulus packages and quantitative-easing programs around the world. All these measures will, we believe, contribute to inflation over the long term.”

“When we invest in a bond, we think we are lending to the issuer,” Gartside says. “As such, we look for issuers who are likely to be able to pay back the loan, preferably with interest. This is what is driving our position in emerging market debt,” he adds.

Emerging markets are accounting for an increasing share of global growth and are enjoying increasing capital surpluses, Gartside says. “Indonesia has falling inflation and yields still at 10%,” he says. “In our view, that is a valuation anomaly.”

Lower-rated issues have outperformed investment-grade debt by a massive amount so far this year, says McAdie of Barclays Capital. “We aren’t going in any way to see a repeat of that in the months ahead,” he says. “If there is any juice left, it is in investment-grade issues.”

McAdie says market participants should pay close attention to what regulators are doing with regard to capital required to support trading books. “Corporate finance in Europe is dominated by bank lending versus bond issuance,” he says. “Pressure to increase regulatory capital means that corporations in Europe will increasingly have to access bonds.”

Meanwhile, it remains to be seen how the Fed’s exit strategy will play out, McAdie says. As liquidity is taken out of the system, the credit markets could start to become more volatile, he says. “The chase for yield is still very strong,” he notes. “The wave of demand will continue as long as yields stay low, but retail money will be fickle once yields start to rise,” he adds.

Although financial markets have priced in a strong recovery, the US economy has some large hurdles to leap, according to a report by St. Paul, Minnesota-based Advantus Capital Management. “The biggest question is whether an economy weighted down with debt and unemployment can produce strong, lasting gross domestic product growth,” the report says. “We don’t believe it’s possible for long-term, sustainable growth to come only from short-term stimulus.”

The mood of financial market participants in the third quarter contrasted starkly with that of a year earlier, when the darkest days of the financial crisis raised fears of an economic depression, according to Advantus Capital Management. “The fixed-income markets have gone from frozen to flowing rapidly,” it says. “New issues are finding plenty of buyers, and many issues are oversubscribed, with demand exceeding supply.”

The Barclays Intermediate High-Yield Index rose 13.5% in the third quarter and was ahead 46.9% for the year. Unfortunately, for those investors arriving too late, the Fed’s job is to take away the proverbial punch bowl just as the party gets going. 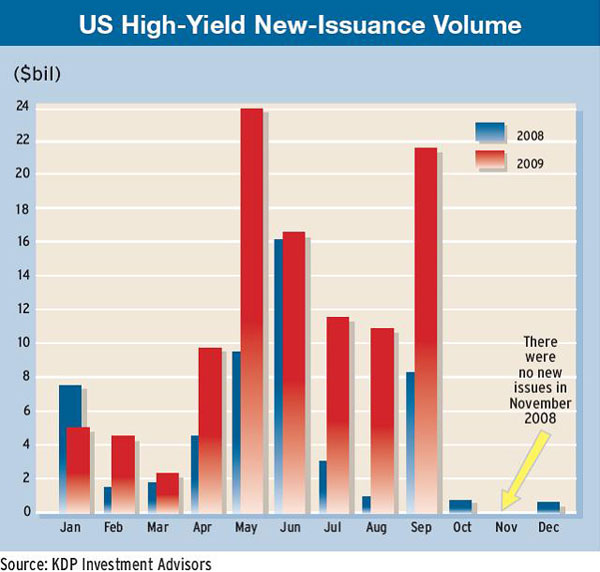 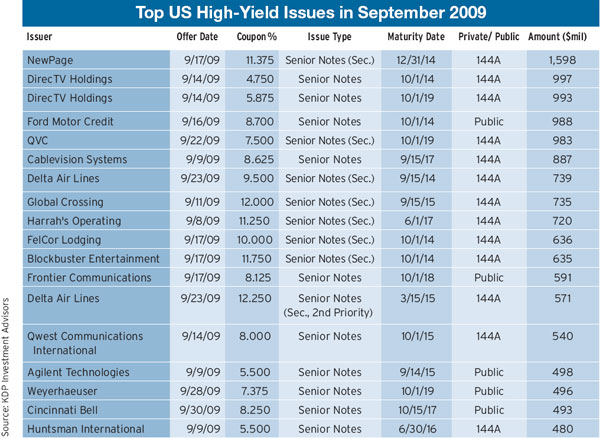