Companies on the hunt for liquidity are unearthing hidden treasures in their intellectual property portfolios. 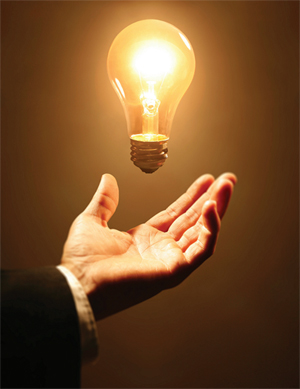 As companies strive to make the best use of their assets, to focus on their core operations and to best manage existing liquidity sources, one oft-underdeveloped source of liquidity that businesses are exploring is intellectual property (IP). Investors are increasingly aware of IP as an asset class because it can provide a stable, relatively low-risk revenue stream, and companies are looking to take advantage of that to access liquidity at a lower cost than from more traditional sources.

Corporate development of IP revenue streams has been greatly assisted by the strong growth of investor interest in IP as an asset class over the past few years. This is in part because of the expansion of what is now seen as patentable, including business methods and software-related developments, coupled with the tremendous expansion of the IT and communications industries. In addition, as much of the software and communications industries are based upon licensing, there are many firms now that simply develop ideas with no intention of developing a product. Essentially, they create intellectual property assets to sell to others for development.

This has created significant growth in available IP investments. The potential for higher returns at low risk is bringing in hedge funds, private equity firms and, more recently, distressed debt funds. It is becoming increasingly profitable to extract revenue from IP while the risks of doing so are quite low.

Companies are exploring various options for monetizing their IP assets, including offering direct one-off sales, selling to IP aggregators that manage a portfolio of intellectual properties, and even securitizing IP assets. “[Intellectual property assets] provide access to capital that you may not have had access to,” explains James Longwell, a partner at law firm Gowling Lafleur Henderson in Toronto. “By taking under-utilized IP assets and selling or licensing them, you can capture some value out of those assets and reinvest that in R&D; or in growing the business in some other manner.”

IP asset sales in North America, for example, have grown by as much as 30% year-on-year, and that trend is set to increase. A number of private equity firms and hedge funds have made big one-off purchases, such as Coller Capital’s acquisition of medical device and healthcare patents from IBM.

Some of that growth is coming out of the distressed markets, as desperate companies look to sell off IP assets at a discount in order to avoid bankruptcy, or have them sold off as part of a bankruptcy.

Both traditional and non-traditional investors are looking at intellectual property. Even private equity powerhouse Blackstone Partners, better known for buying out entire firms than individual assets, is reportedly looking at investing in IP assets. But outside the single-investor private sales, market participants believe that the growth in investor interest could see a resurgence of IP securitizations.

Greg Frantz, a lawyer at Mayer Brown, notes: “The advantage of securitization is that the sponsor company is generally able to maintain control of the assets. You are getting a guaranteed and consistent return up front as opposed to waiting and dealing with the market.”

The 10-year-old IP securitization market is still a largely untapped market. It started with the Bowie bonds—singer David Bowie’s 1997 securitization of the royalties from 25 of his albums—and saw a period of extreme interest directly thereafter. However, the Bowie bonds’ performance was unspectacular, and the IP securitization market was not diverse enough to garner consistent investor interest. In addition, the intellectual property industry hit a rough patch from which it is just beginning to recover—namely, music and video piracy.

“It is still a largely untapped market,” says Frantz. “The performance of the Bowie bonds was somewhat disappointing, and more recently the copyright industry has hit some challenging times with music piracy and the failure of many big firms in the music industry to adapt and embrace new technology. I think we are getting over that period, and the trend we will see going forward is growth.

There will be a greater proliferation of music securitizations down the road.”

The biggest recent intellectual property securitizations are Dunkin’ Donuts’ $1.6 billion Dunkin’ Brands Franchise Royalty securitization in 2006, the $1.8 billion Sears Holdings transaction in 2007, and deals from Applebee’s and IHOP in 2007. The Dunkin’ Brands deal included franchise royalty fees, licensing fees, lease payments and other cash flows. Sears ring-fenced and sold its Kenmore, Craftsman and DieHard brands into a special-purpose entity called KCD IP (Kenmore Craftsman DieHard Intellectual Property) and licenses them back for their own use. In two separate transactions, IHOP securitized the intellectual property of Applebee’s and of IHOP itself as part of its buyout finance for the purchase of Applebee’s. The Applebee’s deal came in at $1.8 billion, and IHOP’s IP portfolio was valued at $245 million.

“What we are seeing with deals such as the IHOP and Applebee’s transactions is in effect a corporate raising money with long-term debt but structured in a way that makes it a much more secure investment from an investor perspective,” points out Michael Karol, senior counsel in the international capital markets group at Allen & Overy. “It isolates the intellectual property from the general business operations and creates a clearer cash-flow stream from an investor’s perspective. It provides a very good alternative to regular corporate credit.”

Ring-fencing IP assets is a long, involved process. However, says a banker, “For a long-term vehicle, the future is bright, and the securitization trend will accelerate.” From an investor perspective, the advantages of IP securitization are clear. Lawton Camp, a partner in the international capital markets group at Allen & Overy, notes: “As a lender, you may prefer to have those assets separate from the company as a whole and therefore might be willing to lend at a cheaper rate. You are taking separate assets with a predictable cash-flow stream and bifurcating that out from the company.”

Among other things, this limits the risks associated with the company’s continued servicing of the assets, as the servicer can be replaced. “There is no reason why more deals couldn’t or shouldn’t be done in the future,” adds Camp. “It allows investors to take a bet on a single asset.”