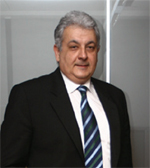 Resit Toygar is deputy CEO-treasury at Akbank, Turkey’s largest bank by market capitalization. He joined the bank in 1990 and served as manager of the treasury department before being named executive vice president in 1998. He is a graduate of Kingston University, based in London, and has a master’s degree from the London School of Economics.

executive vice president and head of global and capital markets 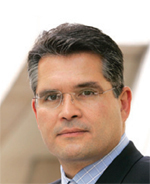 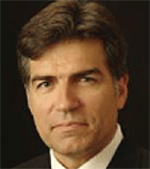 Ivan Ritossa is global head of FX and prime services at Barclays Capital. He relocated from the firm’s London office to Singapore in 2007 to take on additional duties as head of global markets trading, Asia-Pacific. Ritossa is a former member of the foreign exchange committees sponsored by the Federal Reserve Bank of New York and by the Bank of England. He is now a member of the Singapore Foreign Exchange Market Committee. 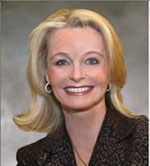 Jamie Thorsen heads global foreign exchange operations in Canada, the US and Europe for BMO Capital Markets. She also oversees the firm’s activities in China. Thorsen is a member of the foreign exchange committees sponsored by the Federal Reserve Bank of New York and by the Bank of Canada. 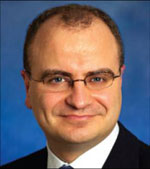 Marc Chandler joined Brown Brothers Harriman in 2005 as global head of currency strategy. Previously, he was the chief currency strategist for HSBC Bank USA and Mellon Bank. Chandler is an associate professor at New York University, where he teaches classes in international political economy. 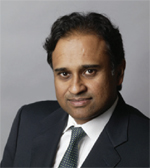 Anil Prasad is global head of FX and EM local markets at Citi, based in London. He began his career with Citibank India in 1986 and relocated to New York in 1988 to work on the currency and metals options desk. In 1992 he was named head of the options business. Prasad moved to London to head Citi’s interest rate options business in 1996. He also has worked in proprietary trading at Natwest Capital Markets, beginning in 1997. Prasad rejoined Citi in 2000 as regional head of CEEMEA (Central and Eastern Europe, Middle East and Africa) trading and was named head of sales and trading for the region in 2003.

Jeff Feig is responsible for all foreign exchange sales and trading in the G-10 developed markets at Citi. He joined the bank in 1989 as an associate on the FX desk in Toronto and has held several FX management positions in North America and Europe. He was named to his current position in 2004. Feig serves on both the Federal Reserve Bank of New York’s FX Committee and the Bank of Canada’s FX Committee. He was on the board of electronic broker EBS until its sale in 2007 to ICAP.

Peter Cruddas stepped down as executive chairman of London-based CMC Markets in August 2009 to become chief executive of the firm. He has taken on day-to-day management of the company he founded in 1989 to prepare it for a public offering. CMC Markets was the first company to offer online FX trading in 1996. Since then, it has developed its trading software and expanded its products to include CFDs (contracts for difference) and spread betting on financial instruments.

Derek Sammann is managing director and global head of FX products at CME Group, the world’s largest derivatives exchange. The CME earlier this year launched a series of smaller-size FX contracts for retail traders and investors. The CME Globex platform is open 24 hours a day, and trades are instantly confirmed through more than 1,100 direct connections in 86 countries. 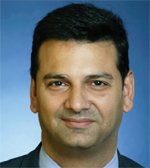 Wolfgang Koester is CEO of Fireapps, developer of on-demand foreign exchange exposure management software. Prior to forming Scottsdale, Arizona-based Fireapps, Koester worked for more than 13 years at GFTA Trendanalysen, a quantitative currency manager. He was president of GFTA from 1995 to 2000. 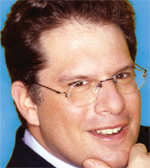 Phil Weisberg, CEO of FXall, has led the company since it was formed in 2001. FXall provides automated trading and workflow solutions for foreign exchange and treasury operations. More than 800 institutions have joined the multibank portal for FX trading. Before joining FXall, Weisberg was a managing director at LabMorgan, JPMorgan Chase’s eFinance incubator. 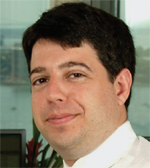 Drew Niv, CEO of FXCM, co-founded the foreign exchange brokerage in 1999. Since then, FXCM has become one of the largest firms in online retail foreign exchange trading, with 150,000 accounts in 200 countries. Prior to founding FXCM, Niv was director of marketing at MG Financial.

Andreas Putz has expanded the institutional agency desk at the New York-based FXCM Pro. Prior to joining FXCM Pro in 2005, he headed FX emerging markets trading and sales at Calyon, based in London. Putz began his career at Deutsche Bank in New York. 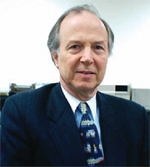 John Taylor founded FX Concepts, a New York-based investment management company for foreign exchange assets, including currency overlays, in 1981. He specializes in the analysis of cyclicality of FX and interest rate markets. Taylor developed some of the first computer models to assist multinational corporations in managing foreign exchange risk. 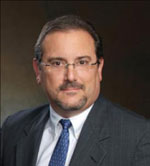 Mark Galant founded GAIN Capital in 1999, and the firm has grown into one of the largest online foreign exchange companies. GAIN Capital operates the Forex.com system, which has clients in 140 countries. Prior to forming the company, Galant helped build FNX into a leading provider of trading and risk management systems. Before that, he was global head of foreign exchange options trading at Credit Suisse.

Frederic Boillereau was named as global head of foreign exchange and metals in March 2009, when HSBC integrated foreign exchange spot, forward and options trading, as well as the metals business, into a single global product offering. Based in London, Boillereau joined the bank’s global markets division in 1998. Since May 2008 he has been heading HSBC’s metals business.

John Nixon was named an executive director of ICAP in May 2008. ICAP became the leading broker in the spot FX market with its purchase of the EBS platform in 2006. Nixon also is CEO of ICAP Electronic Broking and is responsible for strategic acquisitions as well as ICAP’s information business. Previously, he was CEO of Tullett and Tokyo Forex, now part of Tullett Prebon. 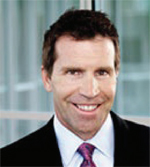 David Rutter is deputy chief executive of ICAP Electronic Broking. Prior to joining ICAP, he was a significant shareholder in Prebon. Rutter served in various capacities at Prebon, beginning in 1988. He was global chief executive of Prebon Energy and managing director of the Americas for Prebon Yamane.

Joaquim Pires is head of foreign exchange at Portugal-based Millennium BCP. He is responsible for FX trading and sales, covering a wide range of currencies and structured products. Pires joined the bank in 1991 from Banco Português do Atlântico, where he started his career in financial markets in 1986. 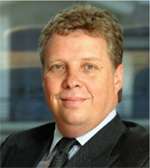 David Gracey is head of foreign exchange trading at South Africa-based Nedbank Capital, where he is the market maker on the spot FX desk in Johannesburg. He has traded in various South African markets for 22 years.

Róbert Barlai is head of the treasury business, including foreign exchange, at Budapest-based OTP Bank, Hungary’s largest bank. He is a member of the board of the Budapest Stock Exchange. Barlai is responsible for group-wide treasury standards at OTP Bank.

Alan Ruskin joined Connecticut-based RBS Greenwich Capital, a subsidiary of Royal Bank of Scotland, in January 2006. He has been a financial economist and strategist for 25 years. He was research director for Europe at MMS International in the 1980s and managed the currency service on Telerate. In 1989 he founded IDEAglobal in London, and in 1992 he moved to the firm’s New York office. In 1997 Ruskin helped set up 4cast’s North American operation. 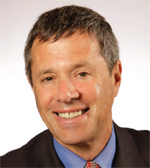 Barry Wainstein is vice chairman and deputy head of global capital markets at Scotia Capital and global head of both the foreign exchange and precious metals business lines. The latter operates under the name of ScotiaMocatta and is a foreign financial member of the Shanghai Gold Exchange. Wainstein is on the Foreign Exchange Committee of the Bank of Canada and the European Central Bank’s Foreign Exchange Contact Group. 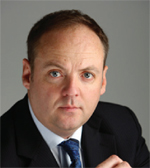 Richard Leighton is global head of foreign exchange at Standard Chartered Bank, based in London. He is responsible for global FX and FX options products, as well as fixed income in Europe. Before joining the bank in 2003, he worked in the currency and commodities areas at JPMorgan Chase and Midland Bank/HSBC.

Anthony Bisegna manages all currency trading activities worldwide for State Street Global Markets, including spot transactions, forwards, emerging markets and options. He is a member of the Foreign Exchange Committee of the Federal Reserve Bank of New York and holds a CFA designation.

Boris Somorovsky joined Slovakia-based Tatra Banka in 1999 as a foreign exchange trader. He was named a senior trader in 2004 and became head of the trading department earlier this year. The bank is a member of Austria-based Raiffeisen International. 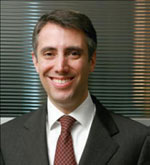 Fabian Shey is managing director and global head of fixed-income, currencies and commodities at UBS Investment Bank. He has led various areas within FX at UBS since 2000. Prior to that, Shey was global head of FX exotic options at SBC Warburg, which later became UBS Warburg.

managing director and global head of

Simon Wilson-Taylor joined UBS Investment Bank as a managing director and global head of e-commerce in September 2009. He left State Street Global Markets in January 2009 to found Molten Markets, an online trading platform, where he was CEO. At State Street, Wilson-Taylor was executive vice president and head of Global Link.

Nick Crawford was named global head of FX at UniCredit in June 2009 and is based in London. He previously was head of interest rates and foreign exchange for North America, as well as FX derivatives trading. Before joining UniCredit, Crawford was global co-head of FX trading at Merrill Lynch in New York. 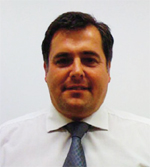 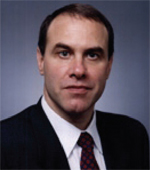 Mark Kritzman is president and CEO of Windham Capital Management, based in Cambridge, Massachusetts. He also serves as a senior partner of State Street Associates and teaches a financial engineering course at MIT’s Sloan School of Management. Kritzman has done research on measuring turbulence in financial markets.