Underwriting fees from global equity capital market transactions in the first nine months of 2009 rose 33% from the same period a year earlier to an estimated $14.8 billion, according to Freeman Consulting. Activity in the equity capital markets so far this year is up only 5% and has been concentrated in follow-on issues rather than initial public offerings, as financial institutions rushed to raise capital to strengthen their balance sheets.

Freeman Consulting uses a proprietary algorithm and methodology for benchmarking the competitive position of investment banks by fees rather than proceeds.

Follow-on offerings accounted for 80% of the $546 billion in equity issues through the first nine months of 2009, according to Thomson Reuters. Financial institutions, led by Bank of America and Wells Fargo, account for nine of the 10 largest equity issues in the United States so far this year.

Among non-financial corporations worldwide, new equity issues in the first three quarters of 2009 were concentrated in the materials, real estate, and energy and power sectors. Dow Chemical’s $2.25 billion common stock offering in May was the only nonfinancial issue in the top 10. Dow used the net proceeds to repay some of the $9.2 billion loan it took out for its takeover of rival Rohm and Haas.

Boosted by big offerings from companies based in China and Brazil in the third quarter, the market for global IPOs saw its strongest quarter for new listings since the second quarter of 2008, with more than $34 billion in proceeds. For the first three quarters of 2009, global IPO volume totaled $48 billion, down 48% from the same period a year earlier, according to Thomson Reuters.

In the US market, IPO activity sprang to life in the third week of September, although Starwood Property Trust’s $932 million offering in August was the largest in the third quarter, which had a dozen IPOs, totaling $3.9 billion.

Two of the biggest IPOs this year came in October. Banco Santander Brasil raised $8 billion in the largest IPO for the year to date. New Jersey-based Verisk Analytics, which compiles actuarial and underwriting data for the property/casualty insurance industry, raised nearly $1.9 billion in the biggest North American IPO since Visa’s $19.7 billion offering in March 2008.

China’s equity market was the most active in the third quarter of 2009, with five of the largest IPOs coming from China State Construction Engineering, Everbright Securities, China National Pharmaceutical and China Metallurgical Construction.

Private equity firms are taking advantage of a rising market to exit investments. Singapore-based semiconductor maker Avago Technologies had a successful IPO on Nasdaq in August. Avago was spun off from Agilent, which itself was spun off from Hewlett-Packard in 1999. Silver Lake Partners and Kohlberg Kravis Roberts (KKR) purchased Avago in early 2005 for about $2.7 billion. At the IPO price, Avago has a market value of $3.5 billion.

Medical-billing company Emdeon, based in Nashville, Tennessee, raised $367 million in its IPO and began trading August 12 on the New York Stock Exchange with a first-day gain of 6.6%. Private equity firms General Atlantic and Hellman & Friedman sold more than half of the shares.

Dollar General, a discount retailer owned by KKR, has filed a registration statement to sell as much as $750 million in stock through an IPO. KKR itself is planning to go public through a combination with its Amsterdam-listed fund, KKR Private Equity Investors. 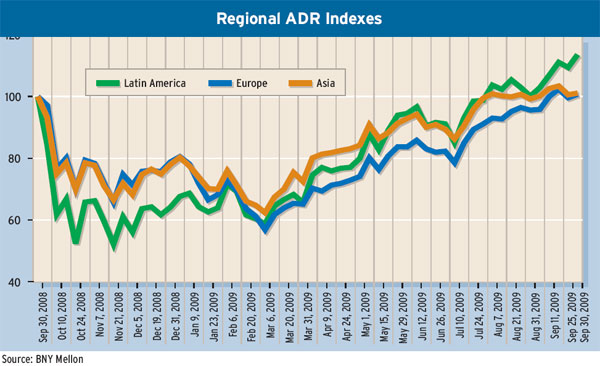