Coming In From The Cold

For the first time in decades, signs are beginning to appear that Cuba may be softening its socialist stance. 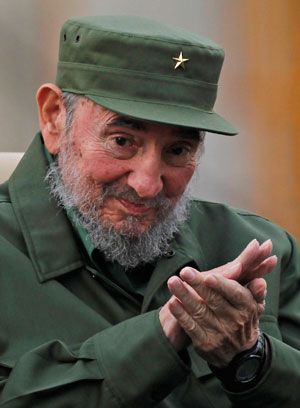 When Cuba's former president Fidel Castro told an American journalist in September that the island's socialist economic system had failed, there was speculation that the country could be poised for significant changes. The government's announcement of an economic reform package led many to ponder whether Cuba could be on its way to adopting a Chinese-style model. Market players are encouraged, though hardly convinced.

Castro later claimed he had been misquoted and that he still believes capitalism does not work; and the government insists the reforms are meant to strengthen, not abolish, the socialist structure. Yet many of those reforms are considered radical by Cuban socialist standards. Among them is a plan to lay off more than half a million civil servants by March, in a country where an estimated 90% of workers are employed by the state. Official data show unemployment at 1.7% last year.

The layoffs are equal to nearly 10% of the nation's workforce of 5.5 million workers. Although they will be given unemployment benefits for up to five months, depending on seniority, president Raul Castro, Fidel's younger brother who took power in 2008, hopes they will be absorbed by a fledgling private sector, which currently comprises mainly foreign companies. The president says workers are often unproductive and redundant, while the Cuban Workers' Confederation argues that bloated payrolls are a drain on an already battered economy. The average monthly salary is just $20, although education, healthcare and housing are free and food is subsidized.

To foster private sector job creation, the government will relax rules on non-state-owned industries, including for example allowing Cubans to lease land for up to 99 years, establish cooperatives and create small businesses. Self-employment will be allowed in 178 job categories, and the central bank is reportedly assessing ways for entrepreneurs to secure financing. Small-business owners will need to obtain licenses, and authorities have yet to implement a new tax structure. There is talk that, in addition to a 25% social security contribution, taxes on gross income will likely be in the 10% to 40% range.

Many analysts are deeply skeptical about Cuba's attempts at economic reform. "The current 'privatization' plan in Cuba is not really an attempt to take a positive step forward; it is more a result of running out of options to support the economy," says Richard Becherer, professor of the College of Business at the University of Tennessee at Chattanooga, who recently returned from a visit to the island. "I believe this is a much different situation than China; the situation we see in China today is the product of over two decades of change. The China model is a form of 'state capitalism,' designed by the government to promote growth and globalization."

Becherer believes the Cuban government is making these moves only because it is aware the country's economy is on a steady downward trajectory. "In Cuba the government is broke, and the communist model has resulted in many inefficiencies and very low productivity," he notes, adding the government has no real plan on how to revitalize its economy, which shrank by some 35% between 1989 and 1993, following the fall of the Soviet Union. Moscow had provided billions of dollars in annual subsidies, and the Soviet bloc had accounted for 80% of Cuban trade.

Cuba's government is putting on a brave face, though. Official statistics show Cuba's economy grew by 1.4% in 2009 and is expected to grow by 1.5% this year. Growth was reportedly 4.3% in 2008. Though meager, recent growth figures stand in stark contrast to the food lines, power outages and empty shops that are part of the local reality.

The Cuban Communist Party is expected to unveil a broader agenda for economic growth later this year or in early 2011, which could hint at preparations for a political transition to life beyond the aged Castro brothers. "If, after the reforms are in place, the government continues to allow a strong, free market–style parallel economy with limited government intrusion, I think you can start to look at this as a move toward a Chinese-style model," says Cuban-American attorney Michael Diaz Jr., managing partner at Diaz Reus & Targ in Miami. With a nod to the skeptics, Diaz admits that in the past the government has introduced economic reforms only to curtail them shortly afterward. "I do, however, think the motive behind these reforms is based more than ever before on a wholesale mind-set shift of those who conduct central economic planning."

So far, the reform package has had minimal impact on financial markets, though investor interest in Cuba is rising. Exotix, a London-based investment banking boutique specializing in illiquid assets, including defaulted Cuban bonds and loans, says Cuban debt prices are actually down by 20% to 30% this year. Exotix trades a collection of syndicated bank loans on which Cuba defaulted in the 1980s, including a mix of short-term and medium-term paper in different currencies.

Stuart Culverhouse, chief economist at Exotix, says: "While [the recent reforms] have raised the profile again of Cuba, and we are seeing more calls and interest, the supply/demand imbalance for Cuban debt has been a more significant factor weighing on prices. As a result of the global financial crisis, unless a restructuring is seen as somewhat imminent, investors have generally eschewed non-performing sovereigns in the search for yield elsewhere." Culverhouse says the firm remains optimistic there will be a Cuba rebound over the medium term.

International investors' attitudes to Cuba are clearly reflected in a recent strategy shift by the Herzfeld Caribbean Basin Fund. The fund, launched in 1994, initially invested in Caribbean basin companies they felt would do well regardless of developments in Cuba. Two years ago its focus shifted to companies that would fare well in a post-US-embargo environment. "We are now beginning to enter the third phase, which is directed at pure Cuba plays, in public but also in private companies," says Thomas J. Herzfeld, the fund's chairman and portfolio manager.

Some believe reforms could lead the US to scrap or modify its long-standing embargo on the island. "Recent changes are an opportunity for the White House to reexamine the situation in Cuba," says Cuban-American Mario Baeza, chairman and CEO of merchant banking firm The Baeza Group. "As always with Cuba, it is too early to tell how these changes will play out—who will be the winners and who will be the losers and how genuine a change this portrays." Baeza says further liberalizing remittances from the US to Cuba by exiles could provide a way for the US government to support new potential entrepreneurs.

Diaz agrees the time may be right for a US policy change regarding an embargo that Cuba's foreign minister Bruno Rodriguez Parrilla says has cost the island $751 billion. "The bottom line is that if the Cuban people are going to see past their government's rhetoric, which blames the economic plight on the United States , we need to seize the opportunity and assist in this economic conversion," says Diaz.

For Baeza, the reforms are an important first step, albeit a somewhat symbolic one. "This development should be of interest to potential US investors less for the actual impact of the proposed shift, but more because it is the first crack in an otherwise frozen system."