FX: Currency Conflict Is Not A War

Brazil's finance minister, Guido Mantega, touched a raw nerve when he stated in late September that an international currency war had broken out. It may seem like a war to Brazil, which has seen its real effective exchange rate increase by 40% since January 2007,but analysts say the skirmish is far removed from thebeggar-thy-neighbor policies of the 1930s.

All of the recent talk about currency wars suggests that many countries are seeking the devaluation of their currencies in order to promote their exports, which in turn forces other countries to respond with similar efforts, says Marc Chandler, global head of currency strategy at Brown Brothers Harriman, based in New York. "While the foreign exchange market is one of many areas in which nation states compete for advantage, calling what is happening now a 'currency war' is not only wrong—it is dangerous," Chandler says.

It is factually wrong, he says, in that there has been no recent currency devaluation in any country that is known or suspected to have intervened in the market. In fact, the emerging Asian currencies have all risen against the dollar this year. "The countries that are intervening are doing so to moderate the rise of their currencies," Chandler says. "This is fundamentally different than seeking a competitive devaluation."

While the developed countries have been criticized in the past for not acting quickly enough to halt financial market bubbles, now it is the emerging market countries that are experiencing strong capital inflows, as investors in the US, Europe and Japan diversify their savings, Chandler points out. "Many emerging markets cannot absorb their own savings, let alone the deluge of money pouring in," he says. "They try to neutralize the impact or guide the foreign savings into certain areas. This is not an act of war."

To consider what is happening as a "war" is dangerous because it leads to a sense of urgency about retaliation, according to Chandler. "The talk of a currency war distracts us from the real threat to the economic recovery, which is closer to home: coping with the economic and financial fallout from years of excessive leverage and weak enforcement of lax regulation." 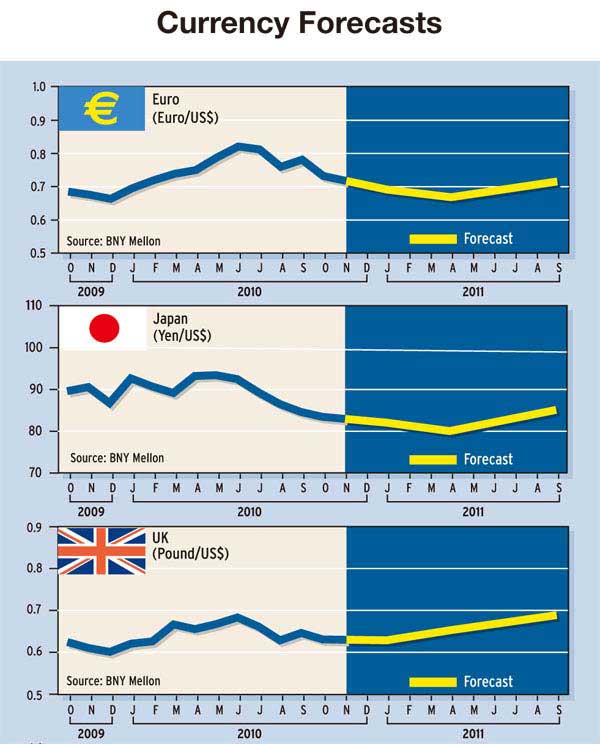 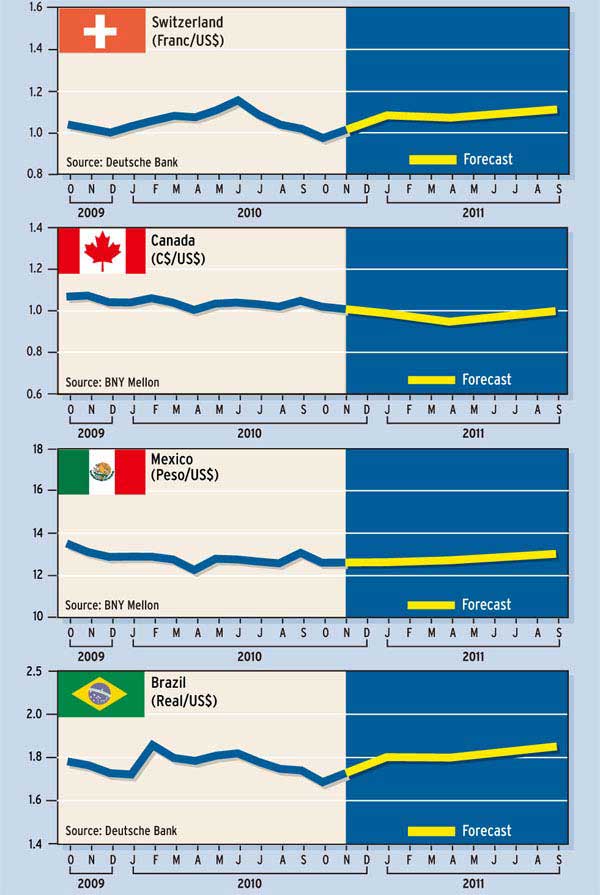 Brazil seems to have decided to react more aggressively, as it has stepped up intervention and raised taxes to dissuade capital inflows into local bonds, says David Gilmore, partner and economist at Essex, Connecticut–based Foreign Exchange Analytics. "It is not a coincidence that the main call to arms in this currency conflict is from the developing markets," Gilmore says. "They are exporters, often run surpluses and are the target of lots of global savings because they offer higher rates of return and because the developed world's central banks are pursuing policies that promote riskier assets."

Assuming that the US Federal Reserve is on the brink of deploying more quantitative easing, it is natural for the dollar to weaken, Gilmore says. QE2, or the second round of quantitative easing, will free up more reserves for all investments, including emerging market debt and equity, he says.

"What is a developing nation to do when the cost of money in the developed world is close to zero for banks and the flow of funds is to the developing world?" Gilmore says. The answer, he suggests, is currency intervention. "But there are limits to currency intervention," he adds. Any effort to manage an exchange rate against the dollar implies that the central bank is, in effect, importing Fed policy, which is totally inappropriate for emerging Asia and Latin America, where tightening, not additional easing, is needed, he contends.

Reserve accumulation is another problem, Gilmore says, because it implies there is a need to drain reserves, which is not always easy in a country where the capital markets are undeveloped. "Moreover, the huge build-up in reserves leads to questionable asset allocations," he says. More currency intervention leads to more accumulation of developed-world bonds and lower developed-world interest rates. That means cheaper funding is available to finance more investments in emerging markets.

"Indeed, currency reserve accumulation in the past decade could well end up being the next super-bubble that bursts," adds Gilmore. The response, he says, should not be more currency management but less.

In a speech at the Brookings Institution in Washington last month, treasury secretary Timothy Geithner said global economic growth could be threatened by developing countries that keep tight controls on their currency. He said this would either cause inflation and asset bubbles in emerging market economies or depress consumption and intensify distortions in favor of exports.

The possibility of additional quantitative easing from the Fed is the main market story, pushing interest rates and the dollar lower and equities higher, says John Shin, foreign exchange strategist at Bank of America Merrill Lynch. "The first episode of QE in the depths of the financial crisis at the end of 2008 and start of 2009 created dramatic gyrations for currencies," Shin says. The bank's economists expect a second round to consist of between $500 billion and $600 billion, pushing down 10-year US treasury rates to 1.75% in the first quarter of 2011.

"We have already seen markets absorb this possible policy move by pushing interest rates and the dollar lower," Shin says. There may not be much farther for the dollar to fall, he reasons, based on the fact that QE2 is already priced into
the market.

Markets are looking for international coordination on exchange rates to combat a drift toward unilateralism, says Piero Ghezzi, managing director and head of economics and emerging markets research at Barclays Capital, based in London. "However, the preconditions for successful cooperation are not in place, and past attempts to coordinate under suboptimal conditions have been damaging," he says.

A currency war is very unlikely, Ghezzi says. "This scenario overlooks the fact that the dollar has been depreciating and most other currencies, developed and developing alike, have been appreciating," he says. "This is actually what supporters of cooperation advocate."

Coordination, however, is only feasible when countries share a common assessment of problems, solutions and burden-sharing, Ghezzi says. 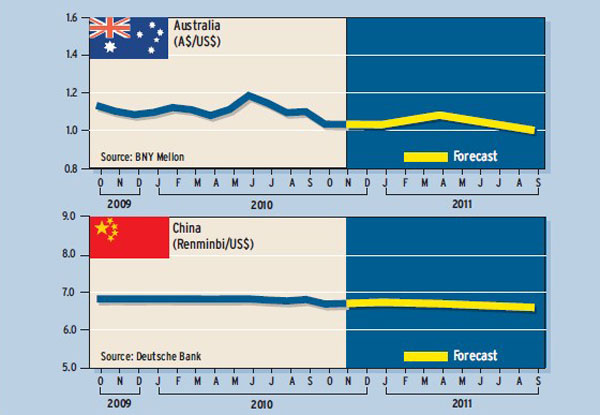 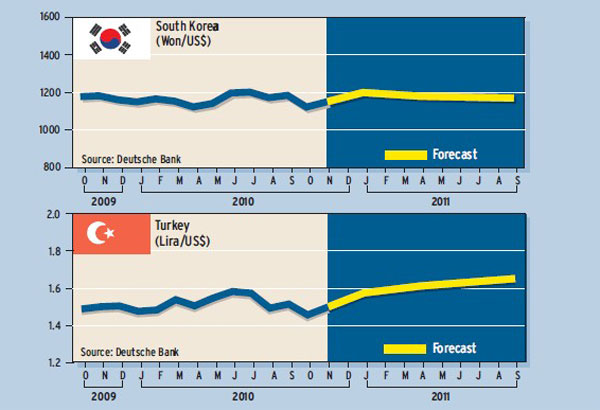