Lebanon has tumbled from its economic boom in 2010. Investors are holding back to see how the new government fares. So far, its reform progress is less than impressive. But with the central bank still under the guidance of well-respected governor Riad Salameh, the news coming out of the Middle East nation is not all bad. 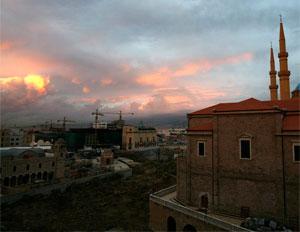 One year can make a big difference. In November 2010, in Global Finance’s last Lebanon survey, this country appeared to be defying global economic gravity and, against all the odds, was riding high with investors. Lebanon, we wrote, “has been one of the big winners of the global economic downturn, with GDP over 2010 expected to grow by some 8%…on top of GDP growth of 9.3% in 2009, with the financial sector, real estate and tourism all fuelling the activity.”

This year things look much more subdued. The uncharacteristic stability that marked 2010 has been replaced with the political uncertainty more common to this complex and dynamic country of four million people.

“The good news is that Lebanon has demonstrated that its institutions have sufficient flexibility to ensure against collapse, of which there is virtually no risk,” says Nadim Shehadi, Lebanon analyst at think tank Chatham House, in London. “The bad news is, there are growing concerns that political paralysis is beginning to impact seriously on the economy.”

Indeed, the coalition government of Saad Hariri, which held much promise but collapsed at the start of 2011, gave way to almost six months of no government as Lebanon’s myriad political actors jockeyed for position. Long dubbed the “Belgium of the Middle East,” Lebanon is no stranger to political dysfunction, but the government that eventually took power in June seems weak even by this country’s standards.

Long-promised structural reforms—such as the restructuring of Electricite de Liban (EdL) and the privatization of two mobile phone companies—appear to have been shelved, with most observers expecting little or nothing else in the way of reform. Making matters worse is that the government wants to boost social and other spending. To this end, it has proposed a number of tax rises to facilitate the 2012 budget, including a tax on large bank deposits, something critics say would damage the economy’s strongest sector and would come at a very dangerous time for the economy.

Meanwhile market watchers are transfixed by the UN Special Tribunal on Lebanon—regarding the inquest into the assassination of former prime minister Rafic Hariri. This spectacle is having its own impact on Lebanon’s political outlook. 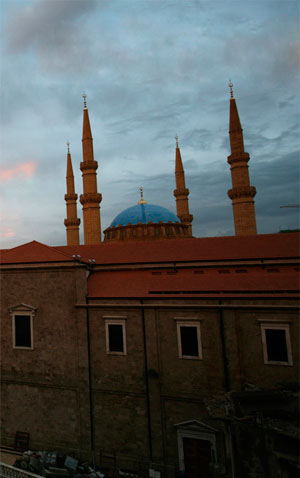 A distinct concern for Lebanon is the fact the US and Arab countries of the Persian Gulf—traditionally key to Lebanon’s stability and growth—view the Hezbollah-dominated government of prime minister Najib Mikati with unease. The disapproval of its Arab neighbors in the Gulf has been most serious, affecting investment decisions and tourism numbers from the UAE, Qatar and Saudi Arabia. With the conflict still unfolding in Syria, the traditional land route into Lebanon from within the Middle East is effectively closed, further affecting tourism and trade.

For investors, political uncertainty is a key concern. The Economist Intelligence Unit has lowered its earlier GDP growth forecast of 4.6% to 1.3%, pointing to stalled economic reforms, excessive patronage and corruption, and rising deficits. The EIU puts fiscal deficit at 10% against 7.5% in 2010, inflation at around 6%, and the current account at 25% of GDP. Standard Chartered and Barclays Capital’s revisions are just as gloomy: Standard Chartered expects GDP growth of no more than 1.5% this year, half what it predicted earlier in 2011, and expects the current account deficit to hit close to 30% of GDP. Barclays expects GDP to grow by 1.8%.

“Real growth decelerated from 9.2% in the first half of 2010 to 0.8% in the first half of this year. This should not come as a surprise as this is the first time in almost 20 years where domestic political uncertainties took place simultaneously with regional turmoil,” says Nassib Ghobril, chief economist at Byblos Bank. He says Lebanon’s political class should have fixed the roof when the sun was shining—when growth was running high.

“Political infighting, as well as complacency due high growth rates, resulted in them not implementing any of the reforms that would have reduced the government’s borrowing needs and improved the economy’s competitiveness,” Ghobril adds.

For Said Hirsh, Middle East economist at consultancy Capital Economics, the risk of further declines in investment, tourism and foreign currency deposits from the Gulf remains the big concern, especially if the Syrian crisis continues and Lebanon comes to be seen as an unsafe place to be. Neighboring Arab countries helped Lebanon through the dark days of 2006 after the strikes by Israel. Their absence at a time of growing regional uncertainty and a declining economy would be felt deeply.

“The current government is viewed warily by countries that provide a lot of FDI and tourism to Lebanon. The fear is that this relationship alters significantly for the worse,” Hirsh says. Some analysts point to the underperformance of the tourism sector this year as evidence that Gulf visitors have indeed been staying away: in September the Hotel Owners Association reported that numbers and revenues for the first seven months of 2011 were down 25% and 38%, respectively. An Ernst &Young; survey found occupancy levels in Beirut hotels were just 52% in the first eight months of 2011—against 70% in the same period last year. Full year figures may be worse once the impact of the unrest in Syria is fully factored in.

Fortunately, the banks still look relatively solid. Although earnings are down and both Dubai and Doha, Qatar, are making headway in their efforts to become competing financial centers, Beirut continues to attract funds. Commercial bank deposits reached $137 billion by the end of July, up 6.2% from the start of the year and 10.3% since the end of July 2010. This is fueled by nonresident foreign currency deposits, which have risen 19.6% year-on-year.

Mohamed Ali Beyhum, executive general manager of Bank Med, notes: “Despite [the fact that] the percentage rise in total assets and deposits for the first seven months of 2011 is slightly lower than during in 2010, ...any growth under current circumstances is a positive,” he says.

Consolidated net profits of the 12 banks with deposits in excess of $2 billion each reached $781.3 million in the first half of 2011, an increase of 7% from the same period last year compared to profit growth of 27.3% in the first half of 2010, according to Byblos Bank’s Ghobril. “So banks continue to show an increase in profits, despite the slowdown in the rate of growth,” he says.

Depositors and investors are impressed by Central Bank governor Riad Salameh—who was recently awarded an A grade in Global Finance’s Annual Central Banker Report Cards for his stewardship of the central bank and the banking sector. Tight, effective regulation, high reserve ratio requirements and an NPL ratio requirement of 10%—in line with Basel III—have made Lebanon’s banking sector among the safest in the Middle East.

In September Salameh, who said he expected full-year bank deposits to rise 7% over 2010, also announced his intention to keep gold reserves at $17 billion to help protect the economy from regional instability. He encouraged commercial banks to distribute a lower share of profits in dividends and suggested limiting dividend distribution to 25% of profits in order to strengthen banks’ capital base and increase their reserves.

Meantime, some market reform may go forward under the current government: A new capital markets law has been passed by parliament, for example.

But much remains to be done before its main provisions—including the establishment of an independent Capital Markets Authority—come into effect. Corruption also continues to be a problem. For example, Lebanese Canadian Bank was recently hit hard by rumors that it was involved in a money laundering scheme.

Amidst all the uncertainty, investors will be looking to see how the new government fares. Prime minister Mikati—a successful businessman—appears aware of the challenges facing Lebanon. His government has launched some new initiatives— particularly those aimed at increasing tourism, which accounts for almost 25% of GDP.

However, against a worsening global backdrop, the government has its work cut out. The latest World Economic Forum Competitiveness Survey placed it in 89th place out of 142 and in 11th place out of 15 Arab countries, suggesting reform is long overdue.

“Priority should be given to easing the supply bottlenecks—especially in electricity and the transport sector. Lebanon should also improve its ease-of-doing-business indicators and the institutional environment,” argues Bank Med’s Beyhum.