In Ireland each day’s financial developments seem to bring either a positive surprise or a mild disappointment. 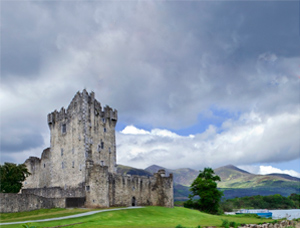 Irish four- and eight-year bond sales in September generated the greatest one-day increase in price in international bond trading history. The €1.5 billion ($2 billion) bond issue was 3.6 times oversubscribed. This is unreservedly good news for the Irish economy, demonstrating that its credit-worthiness as seen from London and other European financial centers is vastly improved.

GDP has also unexpectedly climbed for two months in a row, tourism has increased over 2010, and a number of American technology companies, including Dell and Google, have announced new direct investment and hiring.

At the same time, other employers—such as Bank of America—are still announcing major layoffs and housing prices have not seen a bottom despite government reassurances to the contrary. A recent auction of high-end properties in Dublin did not sell as quickly or completely as two earlier rounds of sales. Still, one London investment banker noted that posh properties are now cheap enough that an initial influx of overseas money should start to flow. This is the kind of cycle that the Irish public, politicians and economists have come to expect in recent months.

But again, this surprisingly good news has been tempered by continued complaints from homeowners faced with negative equity and mortgages that can’t be refinanced. And this is so despite Ireland’s having instituted, from the start of the financial crisis, one of the most far-reaching mortgage refinancing and debt forgiveness programs of any country. That Ireland saved its banks—not unlike the US—afforded it leverage to take these actions. It allowed banks to maintain loans on their books as current—a lesson other countries could learn from.

But uncertainty remains over the fate of Greece, the euro and European GDP growth—and their combined impact on the export-driven Irish economy.