By Anit a Hawser

Islamic finance is starting to spread within the countries of North Africa with high Muslim concentrations. 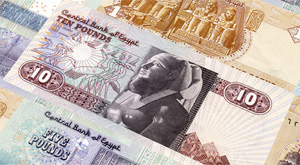 Any discussion of Islamic finance usually includes Islamic financial hubs such as Malaysia or the Gulf Cooperation Council (GCC) countries. These hubs have played an integral role in the development of Islamic finance, which has now surpassed $1 trillion worldwide in terms of total assets. However, one anomaly remains: Islamic finance is still relatively underdeveloped in some of the most populous Muslim countries in the world.

After Asia Pacific, which boasts more than 60% of the world’s global Muslim population, the next-most-populous Muslim region is the Middle East and North Africa, which boasts 20% of the world’s Muslim population. MENA is also home to 80% of global shariah-compliant assets. In 2010, MENA Islamic banking assets reached $416 billion, according to Ernst & Young. This gives the sector a five-year compound annual growth rate of 20%, versus 9% in the conventional banking sector. In its World Islamic Banking Competitiveness Report 2011–2012 , Ernst & Young predicts that the Islamic banking industry in MENA will more than double to $990 billion by 2015.

But most of the region’s Islamic banking assets are concentrated in just a handful of countries. Almost 40% of MENA Islamic financial assets belong to Iran. “MENA is not a uniform region with respect to finance in general,” says Savaş Alpay, director general, Statistical Economic and Social Research and Training Centre for Islamic Countries, Turkey. MENA encompasses three main areas: Iran, non-GCC and GCC countries. When you separate out the GCC and non-GCC countries in the E&Y report, you can see that most of the Islamic banking asset growth was actually in the GCC ($127 billion in 2010) compared with $25 billion in MENA (ex-GCC), where asset growth was the lowest.

While Islamic finance has grown rapidly in the GCC countries, with Saudi Arabia alone boasting Islamic financial assets valued at $94 billion, North African countries like Algeria (Islamic share of banking assets in 2010: 1%), Morocco (0%) Tunisia (2%), Libya (0%) and Egypt (4%) have languished. Given the focus on Malaysian and Middle Eastern Islamic financial institutions, few perhaps would even know or recall that it was actually in Egypt where modern-day Islamic finance had its beginnings.

According to the African Development Bank, Egypt has the longest history of Islamic finance, dating back to the 1960s—long before Dubai Islamic Bank, which is often credited as being the first Islamic bank, was established in the 1970s. In 1963, Mit Ghamr Savings Bank was established in Egypt as a shariah-compliant credit union. Mit Ghamr boasted more than 380,000 accounts, according to an ADB report, but the Egyptian authorities later closed it down during a push for more state-controlled financial institutions.

Today, Egypt boasts two main Islamic banks (Faisal Islamic Bank of Egypt, Al Baraka Bank Egypt) and a number of Islamic windows run by conventional banks like Banque Misr, United Bank and National Bank of Egypt. However, in terms of total shariah-compliant assets, Egypt ranks well behind countries like Saudi Arabia, Malaysia and Turkey, and its Islamic banks are much smaller when compared with some of their larger GCC counterparts.

The fact that Mit Ghamr disappeared into the history books and has been overshadowed by Islamic financial developments in Asia and the Middle East irks some, even to this day. At the Global Islamic Finance Forum in Kuala Lumpur, Malaysia, recently, which had as its theme the “Internationalisation of Islamic Finance: Bridging Economies , ” Yahia Abdul-Rahman, chairman and CEO, American Finance House Lariba, made an emotional plea from the audience to Mahmoud Mohieldin, managing director of the World Bank and a former Egyptian politician, who was speaking at the forum.

Abdul-Rahman asked Mohieldin what he was doing to try to bring Islamic finance back to Egypt. “Egypt and other countries in the region are in need of infrastructure financing for road networks, linking of sea ports, electricity grids,” said Abdul-Rahman. “The real sector need is very much there, and the solutions could be provided [by Islamic finance].” Mohieldin said he had to put aside any country affiliations in his role at the World Bank. However he pointed out that the Bank had an Islamic economics and finance working group, which extended technical assistance and collaborated with organizations like the International Islamic Liquidity Management Corporation. Mohieldin stressed that country demand for Islamic financial transactions had to be there.

Sukuk is one of the more international Islamic finance structures and could potentially be used to finance infrastructure investment for utilities and power products, in particular for water and power projects, as well as in education, healthcare and transportation. In Egypt the Freedom and Justice Party, which is the parliamentary arm of the Muslim Brotherhood, has stated that it wants to expand the use of Islamic finance in Egypt.

As the MENA region undergoes a major transition both politically and economically, Ashar Nazim, a partner at Ernst & Young, Bahrain, believes Islamic finance is set to play a central role in terms of opening these markets up. “Small and medium-size enterprises play a big role in these countries,” he says, “and they need access to financing.” Financial inclusion in the MENA countries is quite low, which, according to the ADB, is one of the reasons why Islamic banking has not flourished in North Africa. In Egypt at least, says Andrew Cunningham, a Global Finance contributor and founder of Darien Middle East—which consults on banking and finance in the Middle East—the opportunity for Islamic finance may be more on the retail side. “Could a bank like Al Rajhi of Saudi Arabia, with lots of borrowers and that is happy to take smaller deposits, be set up in Egypt?” he asks.

Although there was talk of Egypt’s drafting legislation to permit the issuance of sukuk, Cunningham says there has been no progress so far and that there may be little incentive for the government to issue a sukuk as its domestic debt issuance program is already quite successful. It is also unclear, he says, whether a sukuk would attract a significant new body of investors. “For Islamic finance to flourish it really depends on support by the central bank,” he says. While the Arab Spring and the subsequent changing of the political guard in the region may have revitalized interest in Islamic finance, Cunningham says Egypt’s central bank seems reluctant to issue any more banking licenses. “The challenge is licensing banks, as the central bank has reduced the number of banks in Egypt,” he explains.

As part of its newfound economic and political freedoms, Libya is also considering making its banking industry shariah-compliant, and Tunisia’s central bank is mulling issuing Islamic banking regulations. Government and central bank support will be critical if Islamic finance is to flourish in these countries, as has been demonstrated in other markets, but ultimately such a prospect needs to be underpinned by market demand for Islamic financial products.

Those watching on the sidelines in countries where Islamic finance is already well established believe that the level of infrastructure investment alone that is required in these emerging economies cannot be met solely by conventional banks. And as the center of economic gravity shifts from the developed world to emerging markets—many with large Muslim populations—they say Islamic finance can help facilitate the revival of financial and economic integration between the countries along the old silk road from Asia to the Middle East and Africa, and with the more established financial markets and developed economies.