Cover: The Relevance Of Stock Exchanges

As stock exchanges worldwide try to figure out their role going forward in corporate equity and equity capital raising, companies are starting to question whether there is still value in a public listing. 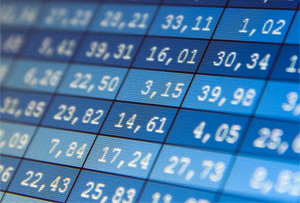 For both the Nasdaq and Kraft Foods it should have been a transformative moment. The 109-year-old company was breaking up into two companies, Kraft and Mondelez International, breaking away from its NYSE roots and listing the new firms on Nasdaq. For Irene Rosenfeld, the former chief executive of Kraft, who had been at the center of the transformation, this was the moment of truth. Within minutes after she rang the opening bell on Nasdaq, Kraft stock surged nearly 30%. Then everything came crashing down.

Nasdaq officials and officials at other exchanges reviewed the trades and quickly recognized that the stock surge was caused by an algorithm glitch—one that put in a buy for 30,000 shares when it shouldn’t have—and canceled the trades. For Nasdaq this was the second public glitch in recent months. Its first was the handling of the Facebook IPO, in which it mistimed the execution of buy orders from customers.

Subject to technology glitches, threatened by competition from technology-driven trading systems such as dark pools and burdened by regulations, many stock exchanges worldwide are going through a crisis of identity. And increasingly, companies are asking: Do we need to be listed? What does listing do for my business?

The problem has been exacerbated by demutualization—the transition of exchanges from a not-for-profit mutual association of exchange members to a limited-liability, for-profit company accountable to shareholders. Exchanges have to make money, but they are seeing their profits eroded by escalating compliance costs and a variety of technology-driven competition. Even more important, they have to compete with other exchanges, domestically and globally.

For many companies today, the decision to list on an exchange can be a global one, across borders and across markets. And the choice of an exchange or exchanges is dictated not just by the availability of capital but also, and just as importantly, for strategic reasons.

Late in 2009, Spanish bank Santander raised $7 billion from the listing of 14% of its Brazilian subsidiary. The listing on the São Paulo exchange and NYSE gave the Brazilian unit a valuation of $50 billion. This year it listed 25% of its Mexican subsidiary for $4.3 billion—the second-largest listing of the year.

Similarly, a plethora of European luxury retailers such as Michael Kors, L’Occitane and Prada have chosen to list on Pacific exchanges, not simply to raise capital, but to gain greater visibility in the emerging markets. They may not get the same level of controls as a NYSE listing provides, but they are getting access to new investors—and to new customers.

Exchanges all have different standards of openness and transparency. They are backed by varying levels of regulations and enforcement. And they also have different breeds of investors. Companies can pick and choose a listing locale based on their needs and wants.

Or they can eschew a public listing altogether. Portals such as SharesPost and SecondMarket have made private placements easier and, some say, cheaper. And for more mature companies—those that already have operating revenues—the debt markets are bulging with cheap cash. However, as corporate finance professionals like to point out, debt becomes even cheaper if you have access to equity.

To cope with the global mobility of capital and the mobility of investors, exchanges have to reinvent themselves. “For most of them the future is in consolidation, in being a global exchange,” says Andre Cappon of The CBM Group, a New York consulting firm that focuses on financial services.

Some consolidation has already taken place. The NYSE merged with Euronext in 2007. In 2008, Nasdaq agreed to buy the Swedish-Finnish financial company that controls seven Nordic and Baltic stock exchanges to form Nasdaq OMX.

The Singapore Exchange—in trying to play catch-up with the Hong Kong Exchange—bid over $8 billion for the Australian Exchange in 2010 only to be rebuffed, and Maple Group in Canada, a consortium that owns most Canadian exchanges not already held by the TMX Group—owners of the Toronto Stock Exchange and the Montréal Exchange—received approval this summer in their bid to add TMX to their portfolio, beating out an earlier rival bid from the LSE. Almost all exchanges are seeking to consolidate within borders and across borders.

In the next few years, predicts Cappon, there will be only a handful of big continental exchanges and a handful of smaller satellite exchanges. And exchanges will be defined not simply by the profiles of their listings but also by their ability to provide round-the-clock trading and to combine investors and customers.

But globalization brings with it attendant problems. How do you regulate a company that is listed in one jurisdiction but does business in another, especially if the securities laws in the two countries don’t match up? And when there are violations, how are they upheld in other jurisdictions? The laws are not yet sophisticated enough to reach across borders, securities lawyers say. “You still have to be careful about whose share you buy. It’s caveat emptor,” says Robert Robbins, a partner at Pillsbury Winthrop Shaw Pittman in Washington, DC.

Globalization, moreover, is only a partial solution to what ails stock exchanges and to their diminishing role in maintaining capital markets, says Walter Schubert a third-generation member of the New York Stock Exchange and head of advisory firm the Schubert Group. Constrained by excessive regulation and political pressures, exchanges, he says, are losing out in their main mission: the maintenance of capital markets.

Schubert says that politicians and regulators, in failing to understand the technology, have hindered the ability of exchanges to maintain orderly markets. “You can’t stop the launch of dark pools or the use of high-frequency trading. That is the future of trading,” he says. “But you have to find ways to make sure that they don’t undermine your ability to control the markets.”

"For most of [the exchanges] the future is in consolidation, in being a global exchange"

Still, dark pools—involving nonpublic trades—are proliferating. In October, Citibank announced the launch of Citi Cross, its proprietary trading platform to allow “clients with varying trading styles to provide a valuable source of liquidity to institutional and retail flows,” noted Hannes Greim, head of Citi Cross ATS, in an announcement. It is estimated that nearly two-thirds of all stock trading in the US now occurs via high-frequency trading.

Institutions, exchanges and regulators all are working at cross-purposes. Even as large financial institutions, especially in the US, continue to find ways to accelerate trading and bypass traditional trading systems, regulators in other Western countries, including Germany and Canada, are seeking to introduce measures that will curb high-speed trading and bring back some order to runaway markets.

The exchanges agree with the initiatives, especially since dark pools have sharply cut into their revenues and, more importantly, affected their ability to regulate the markets. But their attempts are being routinely thwarted by regulators pushed by strong lobbyists, who want volume at all costs.

The conflict between regulators and exchanges is being played out right now in the UK. Even as the LSE, for example, seeks ways to solve the problem of lax corporate governance—a problem that has caused some spectacular stock collapses—it is under pressure to loosen listing and disclosure requirements and attract more listings.

"You can’t stop the launch of dark pools or the use of high-frequency trading. But you have to find ways to make sure that they don’t undermine your ability to control the markets"

COFFEE AND A BLACKBOARD

The stock exchange in its infancy was a coffeehouse in London where stockholders of companies gathered to buy and sell their shares. The prices, as each trade was consummated, were posted on blackboards. At some point, as the number of companies trading shares rose and the number of traders grew, the increasing volumes necessitated introducing rules and regulations to make sure companies and traders were on the same page.

The system worked. Even on October 19, 1987—infamously known as Black Monday, and the day before Global Finance launched—specialists at the New York Stock Exchange stayed at their stations and continued to buy and sell as the need arose, making sure that the markets stayed orderly. It took the economy and the markets another three-to-four years to recover.

The crisis in the stock exchanges and the forces that keep buffeting them today are nowhere near as strong as those in 1987. But the flash crash in August this year that cost Knight Capital $440 million and drove it to the brink of bankruptcy was an eerie indication of what technology glitches can do and how equity capital markets are changing. It is that fear that has the stock exchanges looking for solutions now.

“The problem isn’t as cataclysmic as people make it out to be,” says Rajan Pillai, a New York securities lawyer. “Exchanges are supposed to promote openness and transparency. If they can do that, the markets will take care of themselves.”