Talks between the governments of France, Germany and the UK failed to overcome political objections.

If the merger had succeeded, it would have created the world’s largest defense and civil aviation firm, surpassing Boeing. The deal also would have rivaled the largest M&A transaction so far this year, the pending $46 billion acquisition of Swiss mining company Xstrata by its commodity trader neighbor, Glencore International. Xstrata’s board recommended in October that shareholders back Glencore’s sweetened offer, following an agreement to allow separate voting on executive-compensation issues.

Tom Enders, CEO of EADS, which makes the Airbus, and Ian King, his counterpart at BAE Systems, said in a joint statement that “the merger would have produced a combined business that would have been a technology leader and a greater force for competition and growth across both the commercial aerospace and defense sectors.”

The proposal to unite the companies came at a time when defense spending around the globe is being slashed and the US is preparing to withdraw from Afghanistan. The merger could have triggered a wave of deals in the defense sector as it consolidates.

German and French private-sector shareholders called for changes in the proposed tie-up almost as soon as it was announced. French media group Lagardère, whose CEO, Arnaud Lagardère, is also chairman of EADS, called for a review of the financial terms of the merger, which was to be accomplished through a stock-swap transaction. EADS investors would have ended up with 60% of the new company, and BAE would have received 40%.

Daimler, the German automotive company, which owns a 15% stake in EADS, indicated it wanted to sell its stake if the merger succeeded. After the deal fell apart, the German government said it would continue talks with Daimler for state-owned development agency KfW to purchase the holding.

France and Germany were fighting to host the headquarters of the combined firm, whose defense operations would have been in London. The US, which has worked closely with BAE, was nervous about such a sensitive and strategic business falling under the influence of the French and German governments. The Committee on Foreign Investment in the US would have been required to rule on the proposed merger.

The US Department of Defense is BAE’s biggest customer. BAE manages a training facility for the CIA and has ship repair contracts with the US Navy. It also makes Bradley Fighting Vehicles for the US Army. EADS and BAE both said the US operations would have been “ring-fenced” in an effort to keep Special Security Agreements (SSAs), which are required for work with the Pentagon.

Enders, who would have been CEO of the merged company, said: “It is, of course, a pity we didn’t succeed, but I’m glad we tried. I’m sure there will be other challenges we’ll tackle together in the future.”

King said BAE’s business “remains strong and financially robust.” Now that the British company has indicated that it needs a merger partner, however, it has been put in play. “We remain committed to delivering total shareholder value and look to the future with confidence,” King said. 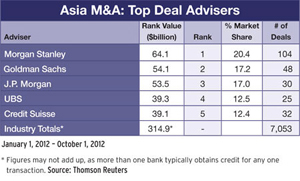