The Growth Of International Remittances

Banks in emerging markets are building a lucrative business on remittances sent home by workers in developed nations. 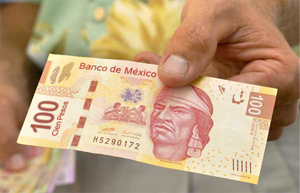 Alberto Raúl Guerra Rodríguez has had his hands full for the past five years with two of the most important—and most understated—jobs in Mexico’s finance industry. The soft-spoken head of the international remittances department of Grupo Financiero Banorte, Mexico’s third-largest bank by deposits, is concurrently CEO of UniTeller Financial Services, the international remittances company from New Jersey that Banorte acquired in 2007 for around $20 million.

UniTeller handles about 4 million remittances that are worth nearly one-tenth of the $24 billion in cash that Mexicans working in the US send back home every year. “All this has been very profitable for us,” says Guerra. The business raked in $25 million in fees in 2011, which was equivalent to 3.5% of Banorte’s net income. Banorte is one of many commercial banks in developing nations that are investing heavily in the lucrative and growing remittance business. They are vying with global banks like BNY Mellon and specialized remittance companies like Western Union for a share of the $400 billion remittances market. The World Bank predicts that these remittances will grow by nearly 8% percent a year for the next few years, reaching $467 billion by 2014. Remittance volumes equate to more than double the amount that developing countries receive in official development assistance every year and more than half of what they receive in foreign direct investment, the World Bank estimates.

Banks are using “migration corridors” through which migrants travel from developing countries to developed ones and send their money southward or eastward to their loved ones. Migrants from China and India have carved out so many corridors to Western Europe and North America that the two Asian countries each received more money through remittances than any other developing nations last year—$58 billion for India and $57 billion for China, according to the World Bank. Mexico received the third-largest amount—$24 billion—almost entirely from the US.

The Philippines is the world’s fourth-largest recipient of remittances, receiving $23 billion last year. Remittances account for about 5% of GDP, making the Philippine economy more dependent on the earnings of migrant workers than most developing countries (in Mexico, for example, they represent only 2%). And that flow has remained stable for many years, even during the global financial crisis of 2008 and 2009.

The flows comes from more than 8 million Filipinos working in over 200 countries, including roughly 3 million in the US, 1 million in Saudi Arabia and 1 million in various Southeast Asian nations. “So if one market gets hit with a slowdown, we still have remittances coming from all over the world,” Aurelio Montinola, president and CEO of Bank of the Philippine Islands, noted at Global Finance ’s Philippines roundtable earlier this year.

The business is hugely profitable. Remittances tend to be small, but the fees are fixed. Dilip Ratha, an economist and consultant to the World Bank, estimates that fees run to between 10% and 12% of the remittance. The recipient does not pay for receipt.

The business is growing for several reasons. First of all, there has been a sharp decline in fees—by more than half—over the past decade, which has made it easier for migrants to send money home. This is mainly the result of relaxation in currency exchange rules in many developing countries, simplifying the process for citizens to import cash. In addition, Asian and Latin American regulators have abolished exclusive contracts that companies like Western Union used to sign with all the large banks in those regions—opening up market to competition.

Those agreements formed nationwide monopolies that propped up fees, explains Ismail Ahmed, CEO of WorldRemit, an Internet-based remittance company in London that charges only £2.99 ($4.83) for international remittances to Asia and Africa. “Moving money is becoming really cheap,” he says.

"If one market gets hit with a slowdown, we still have remittances coming from all over the world"

Yet fees still vary from region to region, ranging from $12.30, on average, for a $200 remittance in Southeast Asia to $24.80 in sub-Saharan Africa. They’re higher in sub-Saharan Africa because the region’s largest banks have maintained their agreements with Western Union, though they are no longer officially exclusive, says Ahmed, a former World Bank economist.

Banks in developing nations are starting to cross-sell banking services. World Bank statistics show that by the third or fourth time a person in a developing nation walks into a bank to withdraw cash sent from a developed nation, they are more likely than not to open a savings account. “That can be a big business,” says Ratha.

That’s why Banorte offers a free savings account to every Mexican who receives a remittance. In 2002, Banorte paid 99% of the remittances received at its branches in cash. Now 20% of the remittances are deposited into accounts, and the bank’s target is 50% in another 10 years, says Guerra. It is looking at ways to cross-sell consumer loans and other services.

Remittance banks are also moving fast to innovate with appropriate technology for rural people in countries where the per capita income is about one-third that of the US or Europe. In Mexico, several of the largest commercial banks, including Banorte, Banamex and BBVA Bancomer, are at various stages of developing mobile solutions that will allow people to receive remittances on debit accounts that they can access on their mobile phones in the form of prepaid credit—without setting foot in a branch. WorldRemit offers a service in Africa and Asia for recipients to exchange their remittance for prepaid airtime on cellular phones—in amounts as small as $1—for a 15% fee.

Of course, there are risks involved. “The remittance business can be penetrated by terrorists,” says Salvador Villar, chairman and CEO of Banamex USA in Los Angeles. “You have to track everything that has to do with sanctions.”

This risk is why, explains Guerra, Banorte acquired UniTeller in part to integrate its IT and compliance procedures—which were developed in the strict US regulatory environment.

The remittance business is a developing revenue stream for banks worldwide and looks set to continue its growth trajectory. Domestic banks in remittance destination countries and some global banks are starting to take a piece of the pie.