Apple’s $17 billion corporate bond offering in April was the largest in history at the time, but it was dwarfed by Verizon’s $49 billion bond offering in September. Investment-grade US corporations sold more debt in September than in any month on record, according to Thomson Reuters.

Most of that borrowing came early in the month, ahead of the Federal Reserve’s intimated tapering of its bond purchases, which turned out to be a false alarm. The Fed delayed cutting back on its stimulus. 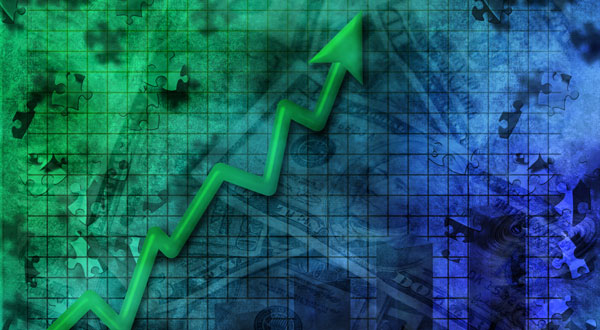 Meanwhile, the volume of global high-yield corporate debt surpassed $350 billion in the first nine months of this year, up 27% from the same period of last year, and the highest first three-quarters since records began in 1980, Thomson Reuters says. Investors in search of higher returns than are available on US Treasuries are continuing to buy corporate bonds.

“In their hunt for value, investors should consider that value appears to exist in sectors most impacted by taper fears this summer, specifically corporate bonds (both investment- grade and high-yield) and municipals,” says Gene Tannuzzo, fixed-income portfolio manager at Columbia Management. “Broadly speaking, international developed-market interest rates are much lower than in the US, and may offer little benefit for a diversified bond portfolio,” he says.

Emerging markets bonds are generally attractive, Tannuzzo adds, but policies differ immensely from country to country, with some raising rates to defend their currencies, while others are cutting rates in response to slower growth. “Investors should be picky and focus on countries with stable balance of payments that are likely to benefit from improving growth in the US and Europe in the year ahead,” Tannuzzo says.

New corporate debt from emerging markets issuers totaled $224 billion during the first nine months of 2013, a 2% decrease from the same period a year earlier, Thomson Reuters says. Nearly half of the total came from companies in three countries: Russia, Brazil and China.

“Many emerging markets rallied on the Fed news, but the Fed’s decision [to delay tapering] has only bought time for many deficit-plagued nations to get their act together or face more volatility and capital outflows at a later date,” says Joseph Quinlan, chief market strategist at US Trust, Bank of America Private Wealth Management. “Fed tapering is like taxes—inevitable and unavoidable,” he says.

By not even opting to modestly reduce monthly bond purchases at the Federal Open Market Committee (FOMC)meeting in September, the Fed has shown it “obviously believes that the US economy is not ready to stand on its two feet,” Quinlan says. “Amid all the chatter about tapering, it is crystal clear that Bernanke and company would rather err on the monetary side of too loose for too long, rather than prematurely pull the monetary plug on an economy laboring to reach a 3% growth threshold.” 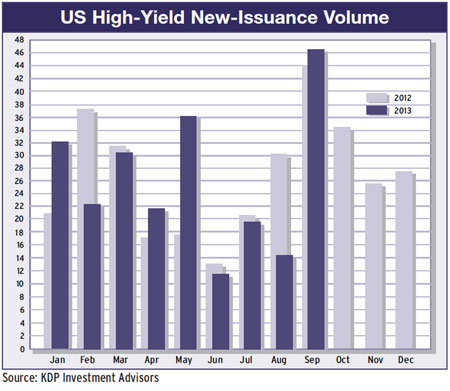 Rarely has staying the course—or doing nothing—triggered so much confusion among investors, Quinlan says. “The Fed’s non-decision has raised more questions than answers in the minds of many,” he says.

Michael Gapen, chief US economist at Barclays, says: “In our view, the Fed continues to struggle on the communications front. The lack of consistent guidance on the path of the [Fed’s] balance sheet and what constitutes an improvement in labor markets has led to significant confusion about the Fed’s policy stance and created market volatility.”

It is unclear whether financial market anticipation of tapering—and the associated tightening in financial market conditions that typically results—might deter the Fed from tapering again, Gapen says.

William Dudley, president of the New York Fed, says he did recommend a slowing in the pace of asset purchases at the September FOMC meeting because he did not see sufficient evidence that labor markets had shown improvement. According to Gapen, “Dudley, like the rest of the FOMC, is unable to explicitly characterize the conditions under which the committee would begin to taper.”

Dudley said he would be focusing on such factors as the hiring rate, the quit rate, the job-finding rate, the vacancy-to-unemployment ratio and underemployment when deciding whether enough improvement has been made.

Lowell McAdam, Verizon’s chairman and CEO, said he thought it made sense to take full control of Verizon Wireless at a time when the bond market was still receptive. Verizon needed the debt financing to fund its $130 billion acquisition of Vodafone’s 45% stake in its wireless unit.

Verizon originally planned to issue about $20 billion of dollar-denominated bonds and to later issue more debt in euros and British pounds. However, after the order book surpassed $100 billion, the company decided to take advantage of the high demand and issue the full $49 billion of bonds in dollars. The lead underwriters were J.P. Morgan, Bank of America Merrill Lynch and Morgan Stanley.

In another indication of investor demand for higher returns, sales of collateralized loan obligations surpassed $55 billion in the first nine months of 2013, according to S&P Capital IQ. That was the highest level since before the financial crisis. The use of CLOs to finance leveraged buyouts helped inflate the private-equity bubble that burst in 2007.

The revival of the slice-and-dice method of repackaging bundles of leveraged loans has produced risky but high-yielding tranches of lower-rated issues. The high yields have attracted willing investors despite the risk involved.

Loans have been the best-performing assets in the leveraged-finance market, as high-yield spreads have tightened in Europe as the continent has moved out of recession, according to Credit Suisse.

Refinancing problems have been largely alleviated and the default rate in Europe has fallen dramatically from last year’s peak, according to a report by Credit Suisse analysts. Economic indicators in Europe, including the purchasing managers index, have increased strongly, the report says. Credit Suisse expects European high-yield notes to return 7.5% this year, up from an earlier projection of 6%. 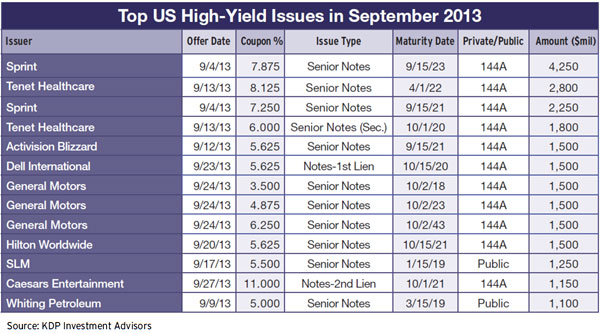