The US market for corporate- and bank-owned life insurance (COLI and BOLI, respectively) and corporate supplemental pension plans—or “top hat” plans—are once again gaining in popularity, as the economy begins to improve. “Definitely, new policies are being purchased,” says Todd Chambley, senior vice president with Aon Hewitt’s executive benefits practice. Chambley says firm numbers are hard to come by, but he estimates that the industry is adding about $1 billion annually in new policies.

These policies are used in several ways. A primary one is to finance benefits related to nonqualified deferred compensation plans for highly compensated employees—in other words, to fund pension and retirement benefits beyond the limits set by tax authorities to qualify for tax-free status. Especially among large companies, the policies’ “death benefit is a secondary or tertiary use,” says Randall O’Brien, managing partner with Corporate & Endowment Solutions in Illinois. 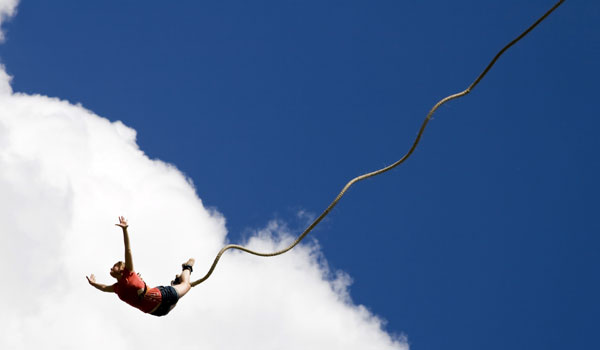 In the United States, most employees can currently defer $17,500 annually in 401(k) retirement plans. “If you have key employees who are highly compensated, that $17,500 won’t get them a lot of nest egg,” says Brian Donofry, senior vice president with US firm NFP Executive Benefits. So, some firms add a nonqualified benefit plan to allow additional pre-tax savings options. Key employees can contribute to the plan, and the company might match their contributions.

COLI is one way to finance the plan’s benefit obligations. The earnings attributable to the cash value growth are tax-deferred, and employers can access the values through withdrawals and loans on a tax-favored basis, Donofry says. The strategy is to hold the policy until the executive passes away, at which point, the proceeds are paid to the employer tax-free.

In contrast, if the company invested in mutual funds, realized gains would be taxable. “By putting assets in an insurance wrapper, the potential taxable event is minimized,” Donofry explains.

Another use is to indemnify a business in case a key owner or employee—maybe one who secured a company’s primary accounts or lines of credit or who possesses critical technical expertise—dies prematurely, says Terry Headley, president with Headley Financial Group in LaVista, Nebraska. The proceeds can help offset any drop in sales or the costs incurred in searching for his or her replacement.

The insurance proceeds can also be used by the remaining partners in a business to purchase the ownership interest of a partner who passes away. “Most businesses don’t have liquid assets if there were to be a death,” Headley says. Instead, they more or less have to create a market for the business interest. Corporate-owned life insurance is one way to do that. “This is tax-free cash that becomes available at that moment in time” that a partner passes away.

COLI’s tax benefits appear to be unique to the United States, which likely is one reason this application of corporate life insurance hasn’t taken off elsewhere. To his knowledge, other countries tax the gains in cash value just as they would, say, gains in a mutual fund investment, says Chambley. “In the US, it’s not taxed until you take the gain from the policy by surrendering the policy or through a withdrawal of cash.”

While COLI and BOLI have several legitimate uses, their history in the US is decidedly checkered. About a decade ago, headlines reported instances of companies insuring large swaths of employees—at times without their knowledge, and covering employees who clearly weren’t key to the business.

The insurance “really got a bad rap,” says Headley. The policies picked up such names as “janitor’s insurance” or “dead peasant’s insurance,” the latter after the 1842 novel Dead Souls, by Russian novelist Nikolai Gogol.

What was behind the practice? Michael Myers, a partner in US law firm McClanahan Myers Espey, says that prior to the mid-1980s, companies used to borrow money to cover the premium payments on COLI policies they purchased on key executives. However, a 1986 amendment to the Internal Revenue code limited the deductibility of interest on such loans to $50,000 per insured.

So, rather than purchase the policies just for a small group of execs and highly paid employees, companies began placing policies on larger groups of employees. “It was the same mechanism, but a more voluminous scale,” Myers says.

The shift prompted questions of “insurable interest,” or the concept that an individual or entity purchases insurance because it can reasonably expect to benefit financially from the insured’s continued life. The concern when insurable interest is lacking, of course, is that an individual might take out a policy on someone with the intent of benefiting from his or her death.

In practicality, “insurable interest” typically means the insured is a close relative, a key business executive or perhaps a debtor, Myers says. However, some state legislators eventually “caved to insurance companies” and broadened the definition to mean any employee, he adds.

The IRS, though, initiated legal action against some of the companies, contending that the transactions were put in place simply to avoid taxes. For example, a company might take out policies worth $1 billion and borrow $950 million in a premium loan the same day. “The IRS would show that the only effect was to create a deduction,” Myers says. The Service successfully litigated cases of broad-based COLI transactions against, among others, US grocery store chain Winn-Dixie Stores, the now defunct CM Holdings, and American Electric Power, an Ohio electric utility.

In addition, Section 863 of the Pension Protection Act of 2006 contained provisions that regulate companies’ use of COLI. For instance, employees must be notified in writing that the policyholder intends to insure their lives. The Act also requires companies to report such information as the total number of employees and the total number insured, Headley says. “The record-keeping, reporting and governance rules are fairly reasonable and commonsense,” he adds.

After the economic downturn in 2008, the market for corporate-owned life insurance experienced a significant slowdown, Donofry says. He adds that participation rates declined, owing to lower incentive bonus payments and the fact that nonqualified plan account balances are subject to the claims of general creditors. As more companies struggled during the recession, some executives may have hesitated to use a nonqualified plan as a retirement savings vehicle.

"If you have key employees who are highly compensated, that $17,500 won’t get them a lot of nest egg."

However, the market appears to be coming back, driven by several factors. Particularly in the small-business and professional market, “more business owners are reaching the point where they want to transition and put together an exit strategy,” Headley says. “No other tool can create a significant amount of tax-free capital to buy out a deceased partner’s interest.”

The economic recovery also is driving interest, as more firms are either putting in nonqualified retirement plans or rejuvenating ones that may have languished over the past few years. Corporate-owned life insurance is one way to fund the plans.

The rising tax environment in the United States is playing a role as well, O’Brien says. One example: As of the start of this year, the highest individual income tax rate increased from 35% to 39.6%. The policies often are “bought as a tax-efficient [wealth] accumulation vehicle,” he adds.

The tax incentives might change, however. The Obama administration has submitted several proposals that would indirectly tax the cash values that build up within the corporate-owned or bank-owned life insurance policies a company holds, Headley says. He adds, however, that the proposals have yet to gain ground.