Vast investments in energy infrastructure are needed in the region not only to bring more of the current population onto the grid, but also to ensure that capacity meets demand, going forward.

When outages left nine Brazilian states and 70% of Venezuela’s territory without power in August and September, respectively, analysts again called for greater investments in Latin America’s aging electricity infrastructure. Data from the Inter-American Development Bank (IDB) show that more than 30 million people in the region still lack access to modern electricity services. While the situation poses costly challenges for governments, it also presents substantial opportunities for investors with capital and know-how. 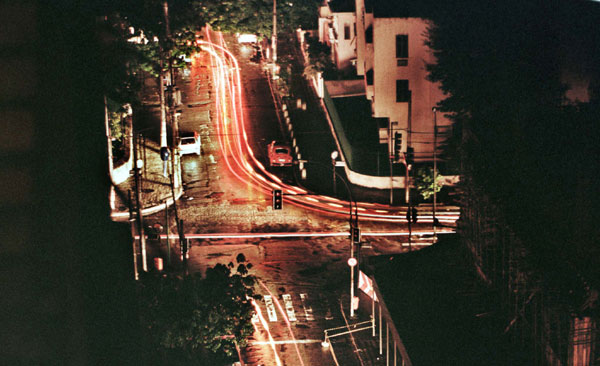 Brazilian authorities blamed climate changes for the massive outage, and Venezuelan president Nicolás Maduro claimed his country’s blackout was sparked by sabotage from political opponents. Instead, analysts said a combination of inefficiency, corruption and low investment levels may have been the culprit, to varying degrees, in both cases. According to the US Energy Information Administration, Latin America and the Caribbean will need to double power generation capacity by 2030 to meet demand, requiring an investment of more than $700 billion.

Nicholas Watson, senior manager and analyst at the Colombian office of consultancy Control Risks, says Brazil and Venezuela’s dependence on hydropower makes them vulnerable in time of drought, but that the transmission network in Brazil is also not extensive enough—and upgrades are both slow and poorly scheduled. Watson points to a report issued in August by Brazil’s Electricity Sector Monitoring Committee (CMSE), which notes that 66% of all transmission lines undergoing maintenance are behind schedule.

“This kind of problem highlights the need for good management, something that is (also) sorely lacking in Venezuela, where a combination of historic underinvestment, tariff controls and government mismanagement since the electricity sector was nationalized in 2007 have all contributed to the problems facing the country’s electricity sector,” says Watson. “Brazil and Venezuela’s problems highlight the need for continuous investment and forward planning to ensure that grids can meet rapidly changing demand. This is not a sector where countries can afford to stand still.”

Rodolfo Alegría, an energy and project finance expert with the law firm of Carrillo & Asociados in Guatemala City, feels governments must make tough choices. “Governments and regulating bodies are faced with two very palpable issues, which are not necessarily compatible: to guarantee a steady supply to the consumers and to provide an electricity service at reasonable prices,” he says.

“Most Latin American governments lack the financial resources to invest in the new generation and transportation infrastructure needed to supply the growing demand,” adds Alegría, who is also a member of the board of directors of the National Electrification Institute (INDE). “At a slow but steady pace, demand is growing in almost all countries in Latin America, creating opportunities for investors, mainly in generation.”

Some governments have already made improvements. “Chile has a relatively low level of distributional losses and amongst the best electricity coverage in the region,” adds Watson. “Guatemala’s rural electrification program is often held up as an example of how to rapidly extend rural coverage: The program involved the successful privatization of previously state-run distribution and reform of the regulatory framework.”

Mexico is also making progress, with the administration of president Enrique Peña Nieto submitting legislation to overhaul the energy sector, reducing long-standing limitations to private-sector participation. The bill aims to generate cheaper electricity to improve living standards and support economic growth. “While the specifics of the proposed revisions to the limitations are unknown, any modifications allowing foreign investment can only be viewed as positive,” says Bob Gibb, associate director of the energy practice at Navigant Consulting.

Latin America is seeking ways to foster greater energy interconnection. Countries represented at the sixth Summit of the Americas in Cartagena, Colombia, last year introduced an initiative to guarantee access to electricity throughout the region by 2022. Chile, Colombia, Ecuador and Peru are pursuing the establishment of the Andean Electrical Interconnection System (SINEA). Bilateral interconnection projects, including one between Argentina and Brazil, are also under way.

Central American countries have made the most progress in this area. Member countries of the Central American Electricity Interconnection System (SIEPAC) agreed on an action plan in June to consolidate the creation of a regional electricity market. The integrated system connects 37 million consumers through a common grid, making it Latin America’s first integrated energy system.

“The current expansion of the national systems and the interconnection of different countries are creating an urgent need to harmonize the regulations of each country to allow the exchange of electricity between agents in different countries and allow consumers to benefit from the different conditions, prices and generation technologies of the sector in each country,” notes Alegría. Investors are eyeing opportunities in renewable energy. An IDB study shows that by adopting energy-efficient technologies, the region could cut electricity consumption by 10% over the next decade, saving countries $36 billion in investments that could instead be earmarked to expand generation capacity.

"Renewables are becoming
a viable and attractive option
that needs to be explored."

“Solar energy is relatively underdeveloped in Brazil, contributing less than .01% of the nation’s energy, with about 35 megawatts (MW) from solar plants connected to the grid,” notes Ravi Sarathy, professor of International Business and Strategy at Northeastern University’s D’Amore-McKim School of Business. Sarathy argues the cost of solar power in Brazil still needs to drop by 50% to become competitive. Watson points out that the Dominican Republic aims to obtain 25% of its energy from renewables by 2025, when Mexico also aims to obtain 35% from similar sources.

“Though Latin America uses more renewable energy than any other region in the world, it faces difficult choices as it seeks to generate the electricity it needs to grow without harming the environment,” IDB president Luis Alberto Moreno told the press this year. “Renewables are becoming a viable and attractive option that needs to be explored.”