Islamic trade finance is of increasing interest, but whether it will be successful depends on market forces.

Back in May, Asiya partnered with Eurofin Asia Group to launch an Asia Islamic Trade Finance Fund, which invests in select short-term trade flows in Asia and the Middle East. The fund could help Islamic trade finance reach a much wider audience, particularly in rapidly growing markets and emerging trade corridors. 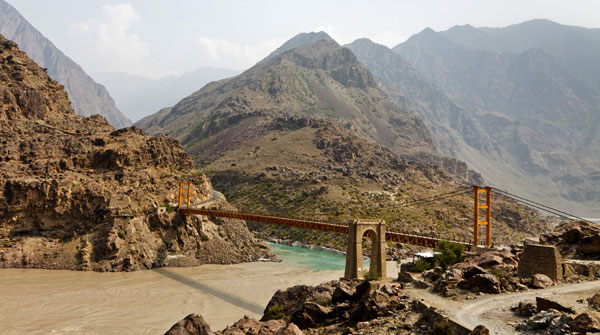 Traders along the old Silk Road were no doubt familiar with financial contracts based on Islamic principles, and today buyers and sellers along the New Silk Road, joining Asia and the Middle East, are realizing the possibilities. Ernst & Young’s Global Islamic Banking Centre predicts that Islamic trade finance will become the preferred choice for rapid-growth markets like Turkey, Indonesia, Malaysia, Qatar, Saudi Arabia and the UAE.

In a report entitled Putting Growth Back on the Banking Agenda, McKinsey & Company states that Middle East–Africa trade flows are among the fastest growing in the world, with the Gulf Cooperation Council region representing 8% to 10% of global trade flows. Opportunities are emerging in regional trade finance, states McKinsey, including Islamic trade finance, which is on the rise with the Saudi-based International Islamic Trade Finance Corporation (ITFC) increasing trade finance approvals by a total of 47% in 2012, and 33% in the MEA region, according to McKinsey.

Global trade by the 57 Organisation of Islamic Cooperation member states was worth $2.1 trillion in 2011 with an intra-OIC trade rate of 17.8%. According to the Accounting & Auditing Organization for Islamic Financial Institutions, total trade finance among OIC countries was expected to reach $4 trillion by 2012. But the Islamic Centre for Development of Trade says the growth of intra-OIC trade is still low because of several obstacles, including the lack of competitiveness of exports in some countries and the absence of a sound banking system—especially Ex-Im banks and export credit assurance. Despite these obstacles, the ICDT estimates that the growth rate of intra-OIC trade will be higher than that for OIC global trade.

The growth in intra-OIC trade represents enormous untapped potential for Islamic trade finance. But with a number of Islamic windows in the market, as opposed to fully-fledged Islamic banks, offering solutions, Ghazanfar Naqvi, global head of Islamic origination and client coverage at Standard Chartered, says data on actual Islamic trade finance volumes is incomplete. “As you see more trade between OIC countries and you see more of these quasi-government bodies like the ITFC shaping trades between OIC countries—they are pushing not only trade but Islamic trade finance—it will gain momentum,” he asserts.

Yousuf Ibnul Hasan, program consultant Islamic banking and applied financing, Iqra University in Pakistan, estimates that the Islamic trade and supply market could reach a minimum of €5 trillion ($6.7 trillion) a year. He says one of the preferred and emerging markets for Islamic trade finance is Pakistan, which prepared comprehensive documentation for an Islamic economics system. “Pakistan, Iran, Malaysia, Indonesia, Egypt, Sudan, Iraq and some of the Central Asian Republics could be the emerging markets [for Islamic trade finance],” says Hasan, but political unrest has put economic activities at risk in some of these countries.

AN OPENING IN THE MARKET

Noel Lourdes, executive director Amanie Advisors, a global Islamic finance advisory firm, says ultimately market forces will dictate whether Islamic trade finance becomes the preferred choice in these markets. “If Islamic finance can provide a cheaper alternative to trade financing as opposed to conventional financing, then it has a bright future,” he says. “If it is expensive and cumbersome to implement, then it will not flourish.” But in markets like Malaysia where Islamic finance has matured, Islamic trade financing, Lourdes says, should be the preferred choice, as the cost of funds is cheaper for Islamic money than conventional money.

“Currently, Islamic trade financing is not a key growth driver in the Islamic finance industry,” says Lourdes. “This is due in part to the lack of products in this sector and a general lack of awareness about Islamic finance in the emerging markets’ trading partners.”

That could be about to change, though. In addition to the growth of intra-regional trade between OIC countries, other factors could play to Islamic trade finance’s advantage.

As conventional financial institutions retrench from emerging markets, it leaves a gap in the market for funding trade finance deals. “This gap is exacerbated,” says Lourdes, “by the growth of the OIC economies, and there are opportunities for alternative sources of financing to fill this gap.”

Islamic financial institutions appear well placed to develop in this market, but Lourdes says they may not have the specialist skill sets in-house to take advantage of this gap. “This is where we see the potential for Islamic trade finance funds.”

Asiya’s Asia Islamic Trade Finance Fund provides investors from the Middle East and Asia with an alternative to multiyear Islamic bonds, which currently yield an average 3%. The trade finance fund targets annual returns of 5%. “A lot of people look at it,” says Luck, “as a substitute [for] or complement to existing income portfolios on the Islamic side.” Asiya’s partner, Singapore-based EuroFin Asia Group, has a seven-year track record of operating such funds on the conventional side and is run by industry veterans with more than 20 years in the trade finance business.

Other organizations are reportedly interested in developing the fund model further, but Luck says the sophistication of trade finance funds should not be underestimated. “There may be scope for people willing to take more risk than us. We started at the low-risk end. But it is not a simple business. Every shipment [we finance] is different.” Luck says Asiya never uses anything more sophisticated than a trade finance murabaha agreement.

Murabaha is an Islamic financing technique where the trader requests the financier purchase certain goods or equipment. The request of the trader (local purchase order) must be in writing, notes Hasan, with clear specification of goods required along with the supplier identification and prices declared by the supplier. The financier, either directly or through an agent, enters into a purchase deal with the supplier of the trader and negotiates the price to a minimum possible level. “After the appraisal of the price and cost, the financier estimates its profit over the cost, which is settled at a purchase price in advance,” Hasan explains. “The financier pays on behalf of the trader and delivers the goods after taking acceptance of the goods.”

Hasan says murabaha encourages risk sharing, promotes entrepreneurship, discourages speculative behavior and emphasizes the sanctity of contracts. The goods are the risk coverage, he explains, and the margin contributed by the operating party is above the best actual purchase price, and can be used to cover any revenue shortfall in case of forced liquidation of goods or sale.

The promise to purchase the goods is legally binding, but if a buyer does not wish to purchase, it can be more efficient and effective to sell the goods to someone else. “Having title to the goods is the ultimate security,” says Luck. Asiya’s Islamic trade finance fund lends only 80% of the value of the shipment, and Luck says most of the trades it finances are mission-critical commodities purchases. “The counterparties that we deal with we know very well. We don’t do anything in some of the less-well-regulated jurisdictions.”

"We started using murabaha,
and over the years we have
added other instruments
to give us more flexibility."

“Islamic trade finance is the easiest area to structure solutions,” says Naqvi of Standard Chartered, “as you are dealing with real goods and trade.” In addition to murabaha, Standard Chartered also uses Islamic instruments such as musharaka (a joint enterprise or partnership based on profit- and risk-sharing) and kafalah (a contract of guarantee which provides assurance). “We started using murabaha,” explains Naqvi, “and over the years we have added other instruments to give us more flexibility, as murabaha may not be able to deliver all the solutions.”

Not every Islamic trade finance product brings an additional advantage to the table. However, Naqvi says, there are examples where it provides balance-sheet-efficient solutions that might not be possible in the conventional space. An example is inventory financing, which Standard Chartered offers as an Islamic trade finance solution. “We purchase the inventory and hold it for three to six months,” Naqvi explains. “When the customer is ready to purchase it, they can buy it, and from an accounting treatment perspective it is off balance sheet. That is a solution that may not be possible on the conventional side, as in a lot of markets traditional banks are not allowed to take ownership of the inventory.”

Other Islamic finance instruments such as tawarruq, where a fund buys a commodity and sells it to the exporter on a cost-plus basis on deferred payment terms, are also used in Islamic trade finance. But Lourdes says there is a need to develop more-sophisticated products incorporating shariah-compliant hedging instruments, particularly for currency and market risk.

The challenge is finding a takaful (Islamic mutual insurance) provider with the expertise or size to provide risk mitigation to an exporter, says Lourdes. He adds that limited takaful products are available on political risks such as riots and floods.

Naqvi believes there is ample liquidity among Islamic banks to fund some of the larger trade finance transactions. “If I look back 10 years, things have improved. Regional banks have caught up and grown in sophistication, and in the core [Islamic finance] markets there is enough supply for Islamic trade finance solutions.” But Islamic trade finance is still in the developmental phase. “People are using it,” says Naqvi, “but we need to make sure that they don’t have to change their business or operational cycle. There are some ways to go before it gains critical mass and more importance.”