WHEN WILL A NEW SUN RISE?

The Levant region is plagued with political instability and unrest. But there are pockets of economic strength and inklings of long-term development.

According to the Collins English Dictionary, the word Levant derives from Old French and Latin and refers to “where the sun rises in the East.” Looking at the region in 2013, pessimists might argue that this is rather a place where the sun is setting. 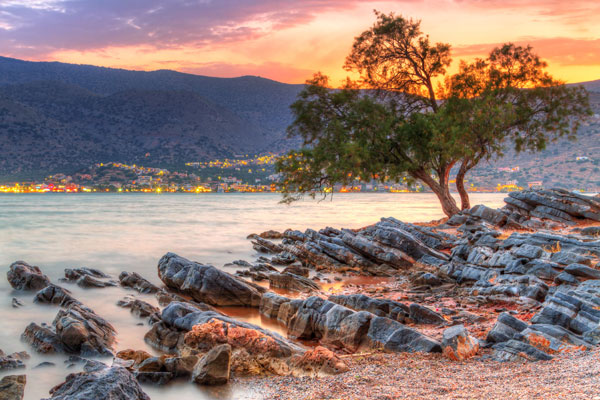 Certainly the eastern Mediterranean region, comprising eight or nine countries including Egypt, Cyprus, Lebanon and Syria, has seen better days since its dynamic merchant cities—Smyrna (modern day Izmir), Alexandria and Beirut—were eulogized by Cavafy and Lawrence Durrell. Religious intolerance, growing sectarianism and economic crisis have all played a role in eroding the vitality and cosmopolitanism that made the Levant so unique, to the point that it is hard to detect any common trend other than these grim negatives.

“The Levant is going through a period of high uncertainty. There is no end in sight to war in Syria, Iraq’s political stalemate has been superseded by the resurgence of terrorist attacks, Egypt’s post-Mubarak transition looks to take an undetermined amount of time, and Lebanon’s economy continues to feel the negative impact of the Syrian conflict,” notes Nassib Ghobril, chief economist at Byblos Bank in Beirut.

The Levant has become both more globalized and more Islamicized, with each country moving at a different rhythm, according to historian Philip Mansel, whose book Levant came out two years ago. He says one of the biggest challenges to the long-term future is brain drain—with the most-educated, most-successful residents leaving, mainly for the West. Little wonder. Egypt remains in crisis since the military crackdown on the Muslim Brotherhood, with recent moves to confiscate MB property and outlaw it completely further increasing tensions. Once-cosmopolitan Alexandria is a shadow of its old self, home to extreme Salafism rather than the tolerance that made the city great.

The Greek Cypriot economy of still-divided Cyprus is in free fall since the financial crisis hit, prompting a €10 billion ($13.6 billion) bailout in March. Exchange controls remain, and there is a long way to go until its banks are restructured. Officially, the economy is expected to contract 8.7% this year, although it could be more. Even Turkey, the Levant’s star, has lost shine since the brutal crackdown on demonstrators this summer, amid fears its debt-burdened economy is vulnerable to a collapse in the foreign funding on which it depends.

However, it is the eastern Levant that is garnering most attention, with fears that Syria’s civil war is intensifying and the splintered opposition is becoming increasingly filled by militant Islamists and that fighting is spilling into Lebanon. On top of an estimated 400,000 Palestinian refugees, Lebanon’s battered infrastructure must now host perhaps a million Syrians driven away from their homes by the fighting—a far cry from the 40,000 initially predicted when the civil war started. Turkey and Jordan are also struggling with the refugee influx. “Frankly, today the talk is about survival in the various Levant countries. They are close geographically, but…each economy operates on its own priorities. No one is talking about economic integration or even the region’s economies complementing each other,” says Ghobril.

"Each economy operates on its own priorities. No one is talking about economic integration or even the region’s economies complementing each other."

There are at least two reasons for long-term confidence in Lebanon. Despite the Syrian crisis and Lebanon’s economic outlook—GDP this year is expected to be stagnant against growth last year of 0.6% and against 8% a year during the three years to 2010—its banks continue to defy gravity. Commercial bank assets reached $157.8 billion at the end of July, 4% up on the end of December 2012 and 8.5% up year-on-year. Meanwhile, the foreign exchange reserves of the central bank are a healthy $31.7 billion.

“The [banking] sector continues to meet demand for credit from the private sector and the growing financing needs of the public sector and [to] support the central bank through the legal reserve requirements in foreign currency, all the while maintaining a high level of liquidity,” says Ghobril.

Analysts from Citigroup were even more upbeat in July, suggesting that the banking sector’s resilience to previous shocks “made it hard to envisage what kind of event may undermine investor confidence, and thus sovereign debt sustainability.”

However, the biggest reason for long-term confidence in the Levant is the vast and, as yet, largely unexploited offshore energy reserves believed to be in the Levantine Basin, which could transform the energy-poor economies of the Levant. Gas has already started flowing from the Tamar field to Israel, and Cyprus is at an advanced stage in negotiations to develop its offshore reserves—thus giving a much-needed boost to its battered economy—although Turkey’s insistence that Turkish Cypriots share in any revenues may delay development.

However, it is in Lebanon and Syria that offshore energy development could significantly undergird long-term economic revival. Analysts say Damascus’ understandable failure to develop its vast potential reserves—a licensing round scheduled for early 2011 was shelved just as the civil war started getting under way—must be overcome if the country is to have any chance of postwar recovery.

“Although we are still a long way from peace, once it does finally come, energy earnings will be key to underpinning investor confidence and repairing war damage, which currently exceeds $100 billion,” says Ayham Kamel, Levant analyst at the Eurasia Group consultancy.

In Lebanon government paralysis meant the requisite laws defining exploration rights and production-sharing agreements were delayed: Beirut has extended the bid process to December 10 with over 50 companies—including ExxonMobil, Chevron and Royal Dutch Shell—taking part in the pre-qualification round.

Exploration is then expected to take 18 months, which means it will be years before gas and oil earnings start to flow into government coffers. Yet eventually, energy earnings should go some way toward replacing the monies lost from fallen tourism—and underpin confidence.

Perhaps another reason to be upbeat is that the Lebanese are, frankly, used to the chaos of not having a properly functioning government. Nadim Shehadi, of research outfit Chatham House in London, says that Beirut remains the archetypal Levantine city in its lack of rules. “Things are more flexible, the state doesn’t get in the way, and people can get on with business. Lebanon has a lot to teach other Levantine countries about how to get the best out of their human capital,” he says.

Other observers agree that despite all the pressures on its economy and overstretched infrastructure, Lebanon will survive its current difficulties. “Beirut’s horrific experience of the civil war of the 1970s and 1980s was such that everyone—even Hizbollah—has a vested interest in preventing things [from] running off the rails again,” says Mansel.

In the broader Levant region, he sees other points of light: Izmir—the only large Turkish city that is not pro-government—Antalya and Mersin are all cities that increasingly demonstrate the Levantine spirit of diversity and economic dynamism.

Jordanians, witnessing the chaos in other Arab Spring countries, appear to have little appetite for regime change, with leading intellectuals and others supporting king Abdullah’s gradualist reform efforts. Even in beleaguered Egypt there are some encouraging signs, with the recent foundation of a broad, secular coalition, the Road of the Revolution Front, which aims to revive the spirit of the January 25, 2011, revolution against Mubarak and push for free elections and full freedom of speech.

Yet for the Levant to have a chance of recapturing past glories and its past prosperity, there is no doubt what is needed: an end to the war in Syria and to the unrest in Egypt.

“Potential investors in the Levant will need serious signals that these countries are on the right trajectory, and that will be a long-term process,” says Kamel.