Companies could face fines or even criminal charges if they do not reach SEPA compliance by next February. Some may look to outsourcing or conversion services to make the deadline.

As the February 2014 European Union Single Euro Payments Area migration end date nears, it is looking increasingly likely that some—if not many—companies will not be fully SEPA-ready by the deadline. SEPA credit transfers accounted for almost 50% of credit transfers in the eurozone in July 2013, but SEPA direct debits have yet to exceed 5% of the total: Latest figures show that SEPA direct debits accounted for only 4.8% of transactions in July. 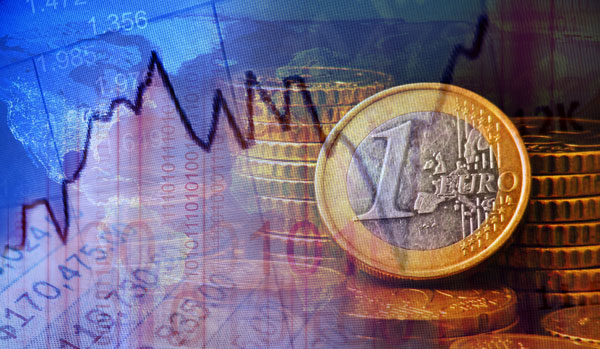 A survey published by PwC in August found that of 150 corporate respondents, 34% were at risk of failing to meet the deadline on time. Meanwhile many of those expecting to migrate within the deadline are cutting it close: Over half of the survey’s respondents expect to complete their project in the fourth quarter of this year, while a further 17% are planning to complete migration in January or did not provide a completion date. “It’s difficult to see how SEPA migration can possibly be completed on time,” comments Garry Young, director of corporate services at solutions provider CGI.

With time running out, large corporations are generally more advanced in their migration projects than their smaller counterparts. “Typically, big corporates have plans in place and are marching toward those plans,” notes Susan Dean, managing director, head of transaction services, EMEA, at J.P. Morgan. “The 80-20 rule applies—the big players make up the bulk of the volume, whereas some of the delays relate to smaller corporates, which are larger in number but which have smaller volumes.”

For these smaller corporations, the challenge may be compounded as demand for SEPA services becomes more competitive. “There could be a flurry of activity as late adopters look at their options, which could lead to a capacity challenge with everyone scrambling for services,” says Dean. “The end of the year is quite a concentration period for us, and we have anticipated it.”

Even for companies that are on track to meet the deadline, some teething problems are emerging that could cause disruption, particularly where the SEPA direct debit is concerned. As companies migrate, “there could be more [transaction] rejects and returns than normal because debtor banks may be more sensitive to cross-border creditors,” warns Ruth Wandhöfer, global head of regulatory and market strategy, Citi Transaction Services. “If direct debits have been heavily used in a domestic context where creditors were known, opening this up to any possible creditor from any possible European country is of course a higher risk.”

If significant numbers of direct-debit transactions are returned or rejected, some companies could see a major impact on their cash flow. The first thing companies will do to address this is to look at the reason code attached to the message to see why the transaction has failed—but Wandhöfer says that unforeseen complications may prevent a reason from being given.

“Not all of the reason codes can be used in every country,” she explains. “In Germany, for example, there is legislation preventing the debtor bank [from applying] codes that would inform the creditor of insufficient funds in the debtor account.” Wandhöfer points out that without sufficient information on a failed transaction, creditors will not know, for example, whether they should resend their payment or whether there is a problem relating to the account number.

What will it mean in practical terms if a company fails to meet the deadline? For starters, companies that fail to migrate on time may be unable to collect payment from their customers, says Dean.

In some cases there could be severe consequences for companies that are not ready on time. “There are definitely financial penalties for noncompliance in some markets,” says Young. “In Cyprus there is a lump sum penalty for managers of up to €20,000, as well as the potential for additional daily fines. It’s my understanding that in Finland failing to migrate to SEPA on time will be a criminal offence.”

Some leeway may be granted to companies that are not ready on time—at least in the short term. Wandhöfer says that in some countries direct-debit systems may be kept open beyond the deadline, to ensure that refunds relating to transactions concluded in December 2013 and January 2014 can be automatically processed for up to eight weeks after date of debit, in line with the PSD (payment services directive) refund regime.

But it would be dangerous for companies to pin their hopes on any sort of deadline extension. Industry commentators agree that there is little likelihood that the deadline will be offically postponed.

With the clock ticking, companies that are not on track to meet the deadline may need to start cutting corners to ensure they can continue to make and receive payments in February. SEPA conversion services are likely to play an important role for companies looking to migrate as quickly as possible. Some SEPA service providers support companies by converting legacy domestic account numbers to IBANs (international bank account numbers). Banks and other third-party providers can also convert domestic file formats to SEPA-compliant XML (Extensible Markup Language format).

Another option for companies is to outsource their migration projects. Young says that firms are increasingly looking at using platform-as-a-service SEPA solutions: “There are three options for corporates. Some prefer to use these solutions on a permanent basis. Some are looking to contract for a short-term period in order to get over the line, and some are using them as an insurance policy in combination with their own SEPA projects.”

In a worst-case scenario, companies that are unable to collect payment via direct debit by the deadline may consider using credit transfers in combination with e-invoicing instead. “In Finland, for example, Finvoice looks to bypass the use of direct debits by combining the national e-invoicing standard with credit transfers,” says Young. “A similar approach might be taken in France with SEPA Mail.”

Young warns, however, that in many cases, this should at most be regarded as a quick fix. “Finvoice works for the domestic market, but what about a company with customers all over Europe?” he cautions. “At that point you start to lose some of the advantages of SEPA: The object of the exercise is to centralize and standardize payments, rather than applying a raft of ad hoc solutions on a per-country basis.”