The euro’s slump against the US dollar and the Japanese yen may have further to run, as long as the global recovery remains on track, analysts say. Germany and Italy are technically in recession, after reporting two quarters in a row of declining gross domestic product, whereas the US and Japanese economies are outperforming consensus forecasts. “The reflation trade continues to drive currency markets,” says John Normand, global currency strategist at JPMorgan Chase in London.“There has been an underestimation of global growth.”

Foreign investors are pouring money into the stock markets in Japan and Taiwan, he says. “Indeed,were it not for intervention, the Asian currencies would surely stand much stronger versus the dollar,” Normand says.

Investors are moving out of the euro, liquidating positions that were built up during a period of extreme pessimism about the dollar, says Andrew Chaveriat, currency technical analyst at BNP Paribas in New York.

“The US economy continues to rebound, and there are more and more signs that the recovery is for real,” Chaveriat says. “The cyclical picture is looking brighter.”

The euro, which was trading at $1.19 in June, could decline below $1.06 in the months ahead, he forecasts.“The current comeback in the dollar hinges on the notion of growth differentials,” says Ashraf Laidi, chief currency analyst at MG Financial Group in New York.The US economy will expand by more than 3% this year, whereas the eurozone will struggle to grow by much more than 1%, Laidi says.

“The resurgence of the growth story in the US has fed expectations that the US economy is going to serve as the locomotive of world growth,” he says.

Meanwhile, the growth and stability pact is constraining countries in the eurozone from engaging fiscal policy to reawaken their economies.

Laidi says the dollar will face a number of obstacles in extending its gains, however.The US current account and budget deficits total 8% of GDP, he says, and short-term US interest rates are lower than European rates, which will make it difficult to attract the funds needed to finance the twin US deficits.

“When the eurozone economies show concrete evidence of improvement later this year, the euro could rebound to $1.15,” Laidi says.

At some point, the US authorities will decide that a rising dollar is not beneficial for the US recovery, and they will start jawboning to stop the greenback from appreciating, he says.

While many economists predicted solid US economic performance in the second half of 2003, watching it unfold is altogether a more compelling story, says David Gilmore, partner and economist at Essex, Connecticutbased Foreign Exchange Analytics. “Notions of deflation have been replaced with notions of reflation,” Gilmore says.“The Federal Reserve may have to move more quickly than expected to trump inflation.”

European bond markets should outperform US bond markets in the coming quarters, and global investors should have growing concerns about how the US can finance its deficits without a sharp rise in rates and a weaker dollar, he says.

“Despite the attractiveness of the relativegrowth story, the currentaccount story looms and will assert itself ahead, crushing the dollar,” Gilmore says.

US Economy Living Beyond Its Means

Given the mammoth size of the US current account deficit and the likelihood that the deficit will widen further, a major dollar depreciation from current levels will be required, says Michael Rosenberg, global head of foreign exchange research at Deutsche Bank in New York.

“Our modeling work suggests that a dollar depreciation on the order of 20% to 25% would be required just to keep the deficit-to-GDP ratio stable at around its present level of 5% of GDP,” Rosenberg says.

“In the absence of such a dollar decline, and assuming US demand growth continues to run at a faster pace than foreign demand growth, the US current-account deficit appears destined to widen to new record levels for as far as the eye can see,” he says.

The US economy has been living beyond its means for some time now, says Stephen S. Poloz, chief economist at Export Development Canada. “America is borrowing well over $1 billion per day from the rest of the world just to keep the wheels turning,” Poloz says.

While most economists agree that this is not sustainable, Poloz says it would be wrong to assume that the US deficit must be corrected quickly and completely. Provided that developing Asia continues to grow strongly and US growth remains moderate, there is every reason to expect that the US currentaccount deficit will recede without a crash in the US dollar, he says.

“The US external deficit is not sustainable, but it is the product of a very unusual array of global economic forces, which are also unsustainable,” Poloz says.“A return to normal growth patterns around the world and a retreat of currencies to pre-1998 levels should get imbalances moving back toward rough balance—all without the need for a US dollar crisis.”

The US dollar has clearly contributed to the problem, rising steadily from 1998 through 2002, when it reached a peak about 30% above its early 1997 level. It has since reversed about two-thirds of that rise, which suggests that it needs to decline a bit further in order to complete the cycle, Poloz says. By far the most important determinant of trade flows, he adds, is relative economic growth.

Japan-based auto producers are continuing to gain market share, says Marc Chandler, chief currency strategist at HSBC Bank (USA) in New York. Although there are many reasons why this shift in the auto market is happening, many observers tend to place a great significance on the exchange rate, he says.

Thus, the likelihood of a change in Japan’s intervention policy in the coming six months is increasing, and this is boosting the chances of a sharply stronger yen, Gittler says.

The rally in the Japanese stock market has the potential to push the yen higher, especially against the euro, he says. Europeans have a lot of catching up to do to rebalance their portfolios, Gittler says. US investors have been consistently heavier and earlier buyers of Japanese stocks this year than have eurozone investors, he says, and thus the Europeans are further underweight.

Analysts expect equity flows into Japan to get even stronger in the near term, particularly if Japanese economic data continue to come in better than anticipated.

Japan’s ministry of finance reported that the Japanese authorities intervened 42 times in the foreign exchange market in the first half of this year in an effort to keep the yen from rising. 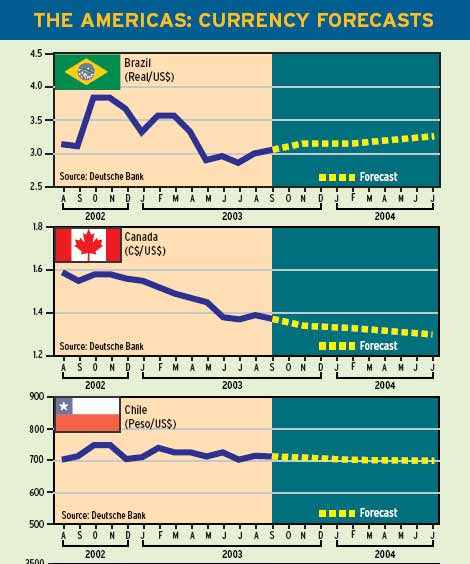 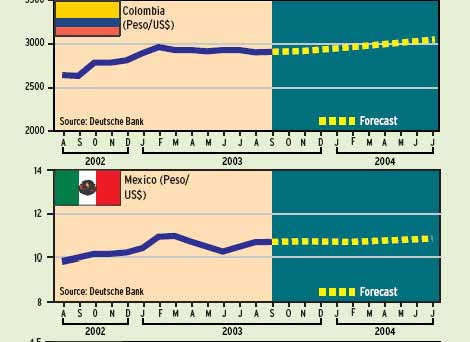 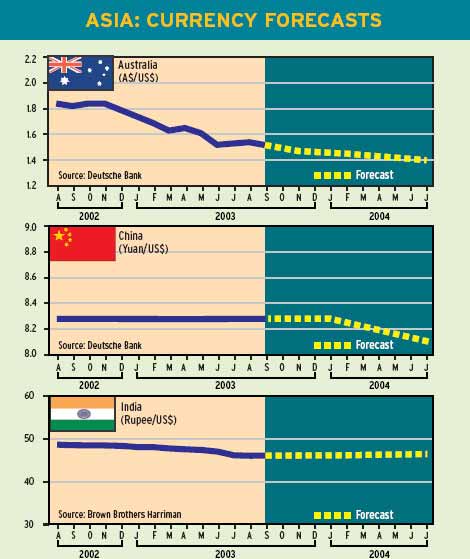 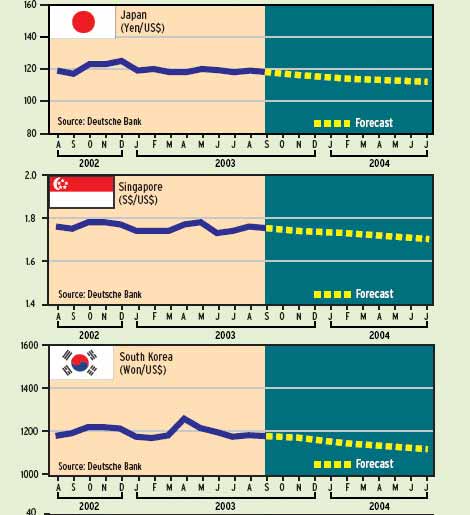