Newsmakers : Around The World

A MODEST START FOR BANKING IN IRAQ 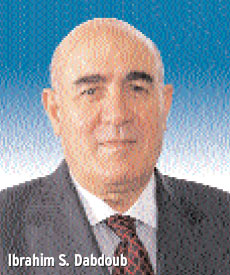 At the end of August the US-led Coalition Provisional Authority (CPA) in Iraq announced that JPMorgan Chase had been selected to lead a 13-bank consortium to operate the newly created Trade Bank of Iraq. Not surprisingly, the national origins of the members of the consortium closely mirror that of the coalition membership. Among the consortium members is the National Bank of Kuwait (named by Global Finance this year as the Best Bank in the Middle East)—the only Arab member and probably the only member with recent experience operating a banking enterprise while under occupation by a foreign power. During the first Gulf War in 1990-91, when the Iraqis occupied Kuwait, NBK continued to function.NBK’s CEO Ibrahim S.Dabdoub originally suggested this qualified the bank to handle all of the banking business of the CPA but, according to Dabdoub,“The CPA opted for a consortium with a more politically acceptable arrangement.”The Trade Bank of Iraq will begin operations at the end of September with a staff of a couple of dozen headed by an Iraqi.

Dabdoub has offered to set up the Trade Bank temporarily in Kuwait until security within Iraq is improved. “We still hope that can be done,” he says.The Trade Bank will launch with $100 million in capital—$5 million from the CPA and $95 million from the UN’s development fund for Iraq.The consortium members will contribute no capital and only operate the bank for the CPA.

Dabdoub thinks Iraq presents a positive opportunity for banks once the security problems are resolved:“Iraq will have a viable economy. It has a promising future with its oil and agricultural resources and its people.”But it will take investment to make Iraq’s two largest banks, Rafidayn and Rasheed, viable again.“And it depends on the know-how they acquire from abroad,”he says. He thinks the quickest way to bring back Iraq’s banking sector is to “open the doors on a selective basis to international banks.”

MIAMI LOOKS TO COBB TO BRING HOME THE BACON 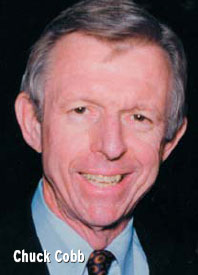 Ambassador Chuck Cobb is in the hot seat in Florida’s race to make Miami the ‘capital’ of the Free Trade Area of the Americas (FTAA), a proposed alliance that would become the world’s largest trade bloc. The stakes are high. According to a study by development organization Enterprise Florida, the potential increased trade under the bloc and the benefits that come from hosting its headquarters could add some $13.6 billion to Florida’s GSP. Other perks would include creation of more than 89,000 jobs, annual tax revenues of $157 million and annual payroll earnings of $3.2 billion.

Florida governor Jeb Bush appointed Cobb last January as chairman of Florida FTAA, a non-profit group spearheading efforts for Miami to become home to the FTAA permanent secretariat. So far he’s had it easy, but in November Miami hosts both the FTAA ministerial meeting, where officials will iron out details for a trade bloc covering 800 million consumers and a combined GDP of $14 trillion, and the VIII Americas Business Forum, a summit of hemispheric business leaders. Most of Florida FTAA’s $13 million budget for the fiscal year will be spent on the meetings, and all eyes will be on Cobb to see if he can bring home the bacon. Cobb has a proven track record in the public and private sectors. He was ambassador to Iceland during the George H.W. Bush administration and was undersecretary and assistant secretary of commerce under President Reagan. He led a leveraged buy-out of Arvida from Penn Central and later merged Penn Central with Disney. He currently heads Cobb Partners, an investment firm with interests in real estate, international finance and tourism. Florida FTAA is sending task forces to each of the 34 countries that will make up the bloc to state Miami’s case. Competing for the secretariat are Puebla, Mexico; Port-of-Spain, Trinidad; Panama City, Panama; and Atlanta, Georgia. Losing the bid to a non- US city would be a blow, but losing it to Atlanta, some observers contend, would threaten Miami’s long-standing role as the US’s business and trade hub for the Americas. It’s Cobb’s job to make sure that doesn’t happen.