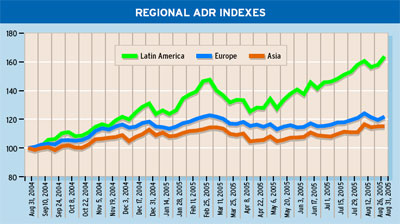 Internet search company Google plans to offer another 14.2 million shares to raise about $4 billion, but the California-based company says it has no immediate plans to make any major acquisitions. The offering, registered with the Securities and Exchange Commission, is the largest follow-on offering from a US company since a $4.5 billion stock issue by Goldman Sachs in 2000, according to Dealogic.

Morgan Stanley and Credit Suisse First Boston, which led the Google initial public offering in August 2004, were named to manage the latest offering, which will add to Google’s $3 billion cash stockpile. The main purpose of the offering, according to Google’s SEC filing, is to obtain additional capital. “We have no current agreements or commitments with respect to any material acquisitions,” the filing says.

Nonetheless, analysts believe Google is assembling a war chest for potential acquisitions in emerging markets such as Russia and China, where Internet use is growing rapidly. One potential target often mentioned is Baidu.com, known as China’s Google, which rose 354% in its Nasdaq stock market debut in the US in August but has since tailed off. China ranks second to the US in the number of Internet users, with more than 100 million. Beijing-based Baidu.com, which operates China’s most-popular Chinese-language search engine, selected the Bank of New York as depositary bank for its American depositary receipt program.

Some 16 China-based companies have listed on Nasdaq since the beginning of 2004. Meanwhile, China plans to resume initial public offerings of state-owned enterprises later this year, after they had been suspended for months. In regulations published in official media, China says it will allow all 1,400 of its listed firms to join the sell-off program. The gradual sales over a period of years will help to reduce the more than $200 billion overhang that has been depressing share prices in China at a time when the economy has been booming.


Elsewhere, Tele Norte Leste Participações, the Brazilian telecommunications company, said the spin-off of its call center operations last December has become effective. The call center, Contax Participações, listed its shares on Bovespa, the Brazilian stock exchange. American depositary receipts for the Contax shares are now traded in the over-the-counter market in the US through a program for its preferred shares sponsored by the Bank of New York, the depositary bank.

The Bank of New York established a Nasdaq-listed ADR program for XTL Biopharmaceuticals, an Israel-based company that is developing drugs for the prevention and treatment of hepatitis B and C.

Meanwhile, Munich-based luxury fashion group Escada selected the Bank of New York as depositary bank for its ADR program. Escada, which specializes in women’s designer fashions and accessories, is listed on Germany’s Xetra exchange, an electronic market. Escada has subsidiaries in France, the UK and the US and operates from 480 locations in 60 countries. The ADRs will help the company increase its visibility in the US market, says Escada CEO Wolfgang Ley.