October 01, 2005
Author: Denise Bedell
With most first-tier banking assets now sold off, foreign investors are looking to second-tier banks, privatization plans and the corporate market for further investment in Turkey. 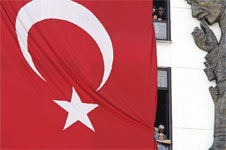 Investor interest in Turkey continues to grow rapidly in the run-up to EU accession talks. Massive regulatory and economic changes, necessary for EU membership and much more palatable to the international investment community, are now firmly ensconced in the Turkish infrastructure, and foreign investors are rushing to get in while the getting is good.

One area that has seen formidable interest from external entities is the banking sector. Most of the first-tier players have been bought up, and many investors are looking to second-tier banks to get a foothold.

External investors are also waiting with bated breath for Turkey’s privatization program to step up the pace. With a number of assets already sold and many more expected to be sold off in the coming year, this will be a major area of action for foreign capital.

The trickle-down effect is just beginning to be felt as well, as the financial markets kick up a gear and investors begin to look at high-quality corporate assets for acquisition or investment. However, some analysts stress that there are continued risks in investing in Turkey, and the next few weeks will be a critical time in how the future plays out for the EU-hopeful.

Second, Ediz notes that the government’s economic and regulatory changes have played a big role. “For the first time in decades Turkey has a single-party government. That government has managed to put its economic house in order and stick to a tough fiscal policy. In addition, we have seen greater credibility for the central bank on the policy front,” he says.

Third is the EU-accession story and the changes that have been made to meet EU requirements. “Although it has been complicated, we believe that negotiations will start on time in October,” Ediz says. EU accession talks are scheduled to begin on October 2, although some have questioned whether this will, indeed, happen on schedule. 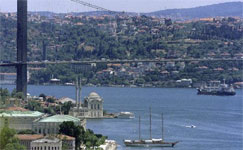 According to market participants, all the banking and state-owned acquisition hype is nothing but good news for the corporate sector in Turkey. Explains Stuart Richards, investment manager of Baring’s Emerging Europe fund: “We have seen considerable investment in the banking sector, and we will start to see a lot of foreign investment in other sectors as well. Banking is always the first area to get foreign direct investment, and then it spreads to other areas. It certainly gives encouragement to foreign investment knowing banking is in a good state.”

The capital markets are also showing strength. Federal bond issuance has been strong but hit a bump in March when US treasuries entered a downswing. They have since recovered, and the corporate bond market is beginning to open up for the first time since July 2004. But analysts are keeping a close eye on the US and emerging markets such as Brazil. Says Ediz at Lehman Brothers, “When there is uncertainty around the US and US treasuries, then there is risk aversion by investors, and Turkey is one of the most vulnerable.”

As for the equity markets, there are a number of deals coming out in the weeks ahead, with banks vying for the Coca-Cola Icecek IPO mandate. Shopping center Ak Merkez is believed to be considering an IPO, which would come in at around $400 million, and retail group BIM is considering a launch on the stock market. Vestel subsidiary Vestel White Goods is expected to raise $120 million through an IPO, with Deutsche Bank handling the launch.

Although it has been a tough few years in getting to the current position of strength, the future looks bright for Turkey. Says Richards at Baring: “I think we will see a lot of noise as we head toward accession talks in October. But we will not see the EU changing the goalposts it has set for Turkey. Turkey has done everything asked of them. There is still a long, rocky road ahead, but Turkey is heading in the right direction.”