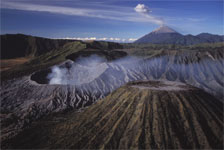 At face value, the Indonesian economy has been hitting high notes for the past two years, underlain by solid macroeconomic policies and led by strong consumer demand. Sales of cell phones have grown as much as 45% a year. Cars and motorcycles have been moving out of showrooms almost as quickly, with motorcycle sales growth at 35% a year and other vehicles at 25%.

Yulian Warman, a spokesperson for leading vehicle distributor and motorcycle producer PT Astra International, says there’s good reason for the strong performance. “Step by step we have seen the economy improve. We’ve had the first direct presidential elections. It has all helped increase the trust of investors and the trust of customers. There is more confidence,” he says.

That’s not the whole story, though. Indonesia has now been hit hard by high international oil prices, just at the time it has become a net oil importer. Prices at the petrol pump, despite an average 29% hike in March, are still low, with the government subsidizing imports at a cost for this year of $14 billion—double the projection in the annual budget.

Analysts say the money being spent on fuel subsidies is just one example of Indonesia’s failure to act to improve its position in the global marketplace. They blame minister for energy and resources Purnomo Yusgiantoro, who has been in the job for five years under three presidents but has done nothing to change the policy on oil exploration and recovery.

Susilo Bambang Yudhoyono, installed as Indonesia’s first democratically elected president last October, has gone over his minister’s head to force a deal with ExxonMobil to develop the major Cepu block in Java, but not before Indonesia slipped into a net oil import position last year.

With the higher cost of oil has come pressure on the rupiah. It weakened to more than 10,000 to the US dollar for the first time in three and a half years on August 22, and many see it moving further south if the government fails to act. Coordinating minister for economic affairs Aburizal Bakrie dismisses the problems as temporary. He told the state news agency Antara on August 22 that the rupiah’s slide over 10,000 to the dollar was not a major concern. “We are not facing a serious problem. This is important for people to know,” he said after a meeting with central bank governor Burhanuddin Abdullah at the presidential office. The country’s fiscal condition was quite solid, he said, claiming that the current account would be positive at the end of the year.

While the rupiah depreciation would cost more in debt and interest payments, “on the other hand, exporters would benefit from the situation, because their export competitiveness would increase,” Bakrie argued. Next year’s budget forecast of a rate of 9,400 to the dollar was still realistic, he said.

Michael Chambers, head of research for CLSA Indonesia, sees the rupiah sliding further, though he says that if and when the oil subsidy bill is reduced, it should strengthen once more. In the meantime, he says, the average Indonesian will have to pay in other ways. There will be a significant reduction in consumption over the short-term as interest rates are hiked. Money that could have been put into cash-starved education and health services will be lost to the hungry maw of the international oil market.

Investment opportunities are also being lost, he adds. While some international majors like Samsung are investing in manufacturing high-tech products such as plasma TV screens, most potential investors want to see which way the rupiah is going before they commit. And, he says, the currency will continue to weaken if Indonesia doesn’t act.

“The longer you leave it, the more complicated it gets,” says Chambers. “Sentiment has definitely turned. The banks say they have evidence of capital flight. There are circuit breakers, on oil policy and interest rates. It is not going to be a terminal story, but it is going to be more difficult than it needed to have been.” 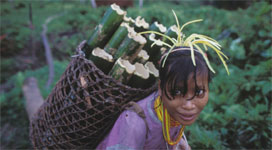 Indonesia celebrated its anniversary of independence on August 17 this year with high hopes. President Yudhoyono had told the parliament a day before that the nation was headed for economic growth next year of 6.2%. A day after Independence Day, reality surfaced. The power grid that connects the islands of Java and Bali—Indonesia’s most populous and industrialized—collapsed. While the immediate cause of the outage that saw the two islands without electricity for up to 10 hours still hasn’t been diagnosed, the overall problem is clear: too little generating capacity.

Indonesia’s power sector was hit hard by the economic crisis that hit East Asia in 1997. Devaluation of local currencies meant that consumers were paying small fractions of the real cost of power, much of it produced by independent power producers, or IPPs. Since then, 26 out of 27 IPP contracts have been renegotiated, with only US-based Karaha Bodas Company holding out. Settlement of the IPP contracts allowed Indonesian power utility Perusahaan Listrik Negara (PLN) to start touting for new foreign contracts to produce power. Many are now getting started, but in the meantime demand has been growing steadily. The nation’s available 19,000 MW of power translates into a real capacity of around 15,500 MW, with demand now lapping regularly at that level and threatening to go higher.

“They should have 30% spare capacity, and they just don’t have it,” says one Western power sector consultant who requested anonymity. “PLN is in the frustrating position that it never has any money to invest. If the government subsidizes everything else but refuses to subsidize the gas PLN buys, they are fighting with their hands tied.” New generation capacity is on the books, especially from Chinese interests, but won’t come on stream for more than a year. The lights could turn off many times between now and then.

It’s the same in other infrastructure areas. A major summit on infrastructure last January saw the government offer a host of projects. Few have been taken up so far, as investors ponder commitment to a market where returns will be in dollar-sensitive rupiahs. As Indonesia’s roads, ports and other infrastructure erode into business-negative gridlocks, its comparative and competitive advantage is steadily eroded. Just another example, say foreign business interests, of opportunity lost.