Turkey’s Islamist government has narrowly avoided a constitutional crisis, but it is still treading a fine line in its quest for economic progress. 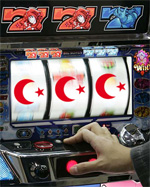 When Turkey’s constitutional court dismissed a move in July to outlaw the country’s ruling Justice and Development Party (AKP), market players breathed a sigh of relief. Although an Islamist organization like the AKP might take an anti-business stance elsewhere, in Turkey it is regarded as the force behind a period of unprecedented economic growth. Yet while the political crisis may be over, Turks are still seeking the right balance between their traditional secularism and a mounting Islamist populist movement. Businesses appear to be betting on the Islamists to get the job done.

The court’s decision came after a push to allow university students to wear traditional Muslim headscarves, banned along with other Islamic symbols since the Turkish Republic was established as a secular state in 1923. The move unleashed concerns that the AKP was supporting a shift toward religious fundamentalism. Had the court dissolved the party, it would have also banned 71 AKP members from politics, including prime minister Tayyip Erdogan and president Abdullah Gul. The motion to ban the party was rejected by just one vote in a country where 99% of the population is Muslim.

The ruling, which still ordered cutting AKP funding by 50%, marked a turning point. Standard & Poor’s, which had cut its Turkey outlook to “negative” in April, restored it to “stable” after the ruling. The Istanbul Stock Exchange’s ISE National-100 Index jumped by 23%, and investments, which had been put on hold awaiting the outcome, began flowing back in. Market players were relieved not only by the end of a political crisis that threatened stability but also by the prospects of an AKP administration that would maintain its economic agenda. The agenda includes pursuing EU accession and promoting privatizations in the banking and utilities sectors.

The AKP came to power in 2002 on the heels of a 2001 financial crisis that unleashed a 6% economic decline. Since 2002, the economy has grown by an average of 6.5%, compared with an average of only 2.5% prior to the AKP victory. Some of the luster has begun to wear off, however. Public spending, high fuel prices and a global economic slowdown are stoking a mounting current account deficit. The current account gap rose from $1.5 billion in 2002 to $38 billion in 2007 and is expected to hit some $50 billion this year. The government in Ankara has established a committee of public officials, private sector representatives and academics to develop a long-term solution.

“Serious work is being conducted on fiscal rules,” economy minister Mehmet Simsek said in a press interview earlier this year. “We need an approach which fits Turkey’s conditions, which does not lose flexibility altogether but also brings serious discipline.” Analysts are concerned that the administration, with the constitutional court battle behind them, may seek to further boost spending ahead of the 2009 local elections that could consolidate its power. The government already slashed its 2008 primary surplus target to 3.5%, from the previous 4.2%, after an IMF stand-by accord expired in May.

Inflation is another red flag. The official 2008 forecast was upped to 10.6% in July from a previous 9.3%. Having been on the rise since August 2007, it hit 11.8% in August this year. The situation has prompted a series of interest rate hikes that are jeopardizing growth prospects. The economy grew by 6.6% during the first quarter, according to official data, though analysts predict full-year growth will be 4.5%.

The 2008 Economic Survey for Turkey by the OECD says economic challenges include “preserving the gains of fiscal consolidation and making fiscal policy more compatible with higher growth; resuming disinflation and better aligning structural policies as well as fiscal policy with the inflation targeting framework; and reducing barriers to formal employment in order to mobilize the productivity potential and improve the resilience of the Turkish economy.” In essence, Ankara must now guarantee continuity of the institutional and structural reforms it implemented after the 2001 crisis.

With the AKP putting Turkey firmly within the global Islamic community, the country’s investor profile is also shifting. While FDI dropped 47.9% to $6.5 billion between January and May amid the political crisis, investments from the Gulf region, buoyed by oil windfalls, are on the rise. Capital investments from Gulf-based investors in the Turkish finance, healthcare, real estate and media sectors have hit $30 billion.

Islamic finance activities are also rising. Participation banks, as Islamic financial institutions are known in Turkey, manage some $21.5 billion in assets, or about 5% of the system’s total. The country’s five such banks aim to boost that to 10% within a decade. Saudi, Kuwaiti and Bahraini banks have taken stakes in Turkish participation banks in recent years. National Commercial Bank of Saudi Arabia acquired a 60% stake in Turkiye Finans this year for $1.06 billion, while Kuveyt Turk is majority-owned by Kuwait Finance House, ranked as the world’s largest Islamic finance institution. Albaraka Turk is controlled by Bahrain’s Albaraka Banking, and Qatar’s QIB has applied for a banking license.

According to policy analyst Athar Osama, there are two drivers of Islamic finance growth in Turkey, including an internal demand for Islamic finance products. “This factor may become important as the Muslim identity of Turkish citizens finds expression under the current regime and the latter learns how to balance the state’s public aspiration to remain secular while at the same time providing opportunities for its citizens to fulfill their private desires.”

Osama argues that a second possible driver may be a desire to become a player in Islamic finance merely from a business standpoint. “London today is perhaps one of the world’s largest hubs of Islamic finance—if not the largest—based on a pure business calculation,” he says, noting that the British capital’s clout as an Islamic finance center outweighs the size of its Muslim population. “I believe Turkey can be, if it chooses, in a better state to operate in that market than London, for instance, since it will have a much larger local population to cater to and build upon and it can provide a more sympathetic legal regime. The question really is for Turkish leaders to strike a balance between secularism and Islam.”

The Turkish banking sector in general is thriving, though still providing further room for growth. Burkan Tansan, an executive vice president at Turkey’s Akbank, says a series of post-crisis measures are responsible for the banking sector’s rapid recovery since 2001. “Capital adequacy standards, ensuring transparency of financial reporting and limiting deposit insurance were among the regulations that have been adopted in compliance with EU norms,” he notes. The sector has also undergone substantial consolidation, with the total number of banks dropping from 79 in 2000 to a current 46.

Tansan contends that such improvements helped attract $23 billion in FDI to the sector over the past three years, equal to nearly 50% of total FDI flows during the period. The share of foreign banks in banking sector assets rose to 28% in March (43% if foreigners’ publicly held shares are added) from only 3% in 2003.

“Looking forward to EU accession, Turkey has significantly improved the functioning of its market economy as required by the Copenhagen economic criterion,” says Tansan. “However, in order to be able to cope with competitive pressures from the EU, a well-developed financial sector is essential, which requires a high degree of financial intermediation. The Turkish financial system offers significant potential, as assets-to-GDP and loans-to-GDP lag significantly behind EU averages.” The banker says Turkey’s loan-to-GDP ratio is only a quarter of the EU-15’s 130% level.

Insurance penetration (ratio of premiums to GDP) is 1.6% in Turkey, compared with an 8.3% European average, while the share of pension funds-to-GDP is a meager 1.5% in Turkey versus the 72.5% OECD average, according to Tansan, who adds that the nation’s unbanked population stands at 6.5 million households.

Meanwhile, authorities in Ankara are striving to transform Istanbul, the country’s largest city, into a major financial center by 2012. The government tapped the Turkish Banking Association to coordinate the effort with support from Deloitte. As a first step, the government plans to establish a separate development agency for the city next year and is organizing the move from Ankara to Istanbul of the nation’s central bank, state banks, SPK Capital Markets Board, TMSF Savings Deposit Insurance Fund and BDDK Banking Regulation and Supervisory Agency. The city houses 15 million of the country’s population of 70 million and generates 40% of total tax revenues and 25% of Turkish GDP.

If, despite a recent slowdown, the Turkish economy continues to grow steadily, analysts predict it could soon begin to near EU standards, eliminating a key obstacle to full accession to the EU—a key goal of the AKP agenda. Goldman Sachs predicts the Turkish economy—currently the world’s 17th largest—will grow to nearly $6 trillion by 2050, pushing it into the ranks of the top-10 largest economies.

If Turkey is indeed one of the “countries of the future,” it seems the AKP leadership may be doing its part to reach the goal sooner rather than later, though causing some headaches over headscarves along the way.