Brazil and China accounted for two-thirds of global capital raised through initial public offerings in the second quarter, with the United States and Europe lagging behind. The US market sprang to life in July and August, however, and some big-name brands have registered to make future public offerings.

“The IPO market generally trends the macro-economy, albeit with a time lag,” says Gil Forer, global director of IPO initiatives at Ernst & Young, who is based in London. “Historically, markets have taken at least four to six quarters to recover from an economic downturn,” Forer says. While activity is recovering, the IPO market remains weak, and the outlook is uncertain, he adds.

“We have seen an increase in activity in the second quarter, but capital raised is at a fraction of the prior year,” Forer says. “However, highly successful IPOs tend to emerge from post-recession periods.” Having survived the ultimate stress test, these companies are often leaner and have demonstrated the resilience of their business models, according to Forer.

VisaNet, the Brazilian affiliate of credit card network Visa, raised $3.7 billion in its IPO in late June, making it the largest IPO ever in Brazil and the largest worldwide in the second quarter of this year. China Zhongwang Holdings, which makes aluminum products, was second with its $1.3 billion IPO, and Vodafone Qatar was third with a $950 million share offering.

Banco Santander SA, the Brazilian unit of Spain-based Santander, filed in September for an IPO in Brazil and the US.

Santander previously announced that it would sell about 15% of its Brazilian unit through a new share issue. The IPO could be worth about $5.6 billion.

China State Construction Engineering had the biggest IPO of the year so far with its $7.3 billion share sale in July. The Chinese stock market has since corrected, and recent issues have been less enthusiastically received. Everbright Securities raised $1.6 billion in its IPO in August, and the company’s shares rose 30% in their first day of trading on the Shanghai Stock Exchange. That was a considerably smaller gain than seen in many recent IPOs in China. The volatile Chinese market has pulled back on worries that the government has, in effect, tightened monetary policy by forcing banks to curb new lending.

Meanwhile, the flurry of recent IPOs in the US market has included private equity firms seeking to exit their investments and well-known private companies looking to go public. Hyatt Hotels, Dole Food and VS Holdings, the parent of Vitamin Shoppe, have all filed registration statements for large IPOs in recent weeks. 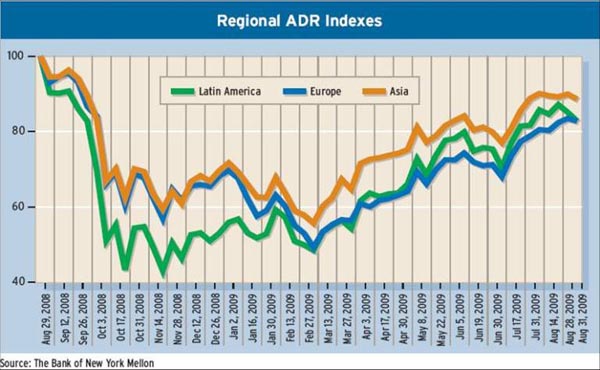