Preparing For The Worst

Multinationals are reassessing their business continuity plans as the global economic turmoil continues. 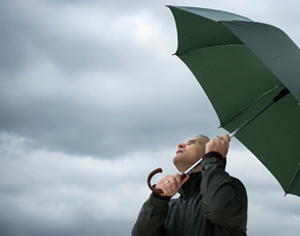 In an increasingly intertwined business world with far-flung supply chains stretching across myriad time zones and cultures, a comprehensive business continuity plan can help a company battle pandemics or a devastating hurricane that can knock out calling centers, derail assembly lines and close down key distribution centers. A solid plan and precise insurance cover not only can get an operation up and running more quickly but can help a company maintain the crucial and elusive market share that could easily be lost forever if a production line lies fallow for too long.

“You need strategies to get you back in operation,” says James Pinzari, director of business continuity management at Aon Global Risk Consulting. “If you’re manufacturing drugs or medical devices, and customized equipment fails or is damaged, it can be especially expensive and take a long lead time.”

While the global downturn may prompt some companies to avoid these plans in order to save cash, that is just when they need the plans the most, experts say. “Companies are lean and mean today. They’re operating on the edge,” says Pinzari, referring to multinationals’ increased use of single suppliers or reliance on a single distribution center amid reduced staffing levels. “In tough economic times companies look every way to reduce costs. But that also increases your risks,” he adds.

Linda Conrad, director of strategic business risk for Zurich Services in New York City, agrees. “[Corporations] should be paying more attention to business continuity than they are. As you drive costs out, you often drive risks into your business operations,” she says. “Business continuity planning is a key part of maintaining a company’s resiliency…so it can keep sourcing and producing products and profits. And if you can’t deliver your products, shareholders may be concerned that the earnings could head downward,” she adds.

Along with the recession, another reason behind some executives’ decisions to limit business continuity planning is the corporate pullback from comprehensive enterprise risk management (ERM) programs. Business continuity planning is just one slice of an overall risk management system that, if done well, holistically manages the entire spectrum of a corporation’s risks: long-term strategy, operations, reputation, human capital, finances, compliance and information.

Many executives were expecting the ratings agencies such as Standard & Poor’s to give more weight to corporate ERM systems as they developed overall ratings decisions. But this summer S&P; decided it was not going to issue an explicit rating on a company’s ERM system, says Barry Franklin, a principal with Towers Perrin’s corporate enterprise risk management practice. So while ratings agencies are no doubt paying more attention to a company’s risk management techniques, they appear to have concluded that ERM, at least for now, will not be a primary driver of ratings, he adds.

Franklin agrees that the greater complexity of today’s global business environment means companies are taking on more risk and need stronger business continuity plans to cope with disasters, whether natural or man-made. “They are more and more dependent on infrastructure and a far-flung global supply chain,” he adds.

At the same time, the flush economic times and soaring profits posted by corporations earlier this decade encouraged complacency. “There was an operating philosophy that you could just chase cheap labor around the world,” says Franklin. “But that creates greater risks. SARS is a good example of what can happen when you head overseas.”

Ironically, the head-on collision with SARS (severe acute respiratory syndrome) back in 2003 means Asian companies are now better prepared to deal with health pandemics such as the swine flu, which sparked a level-6 alert from the World Health Organization earlier this year as it swept through nearly 100 countries. Health officials around the world are already worried it may return with a vengeance this fall, and some risk managers are preparing.

With 75,000 employees working in 85 service centers in more than 70 countries, Convergys has a business continuity plan that it believes can cope with any disaster, whether a return of swine flu that knocks out large numbers of employees or a hurricane that takes down a data service center. The company provides customer and human resources services for its multinational clients. “Our response is not event driven. Our business continuity plan is meant to handle all the major outstanding risks,” says Carol Fox, senior director of risk management at Convergys.

Gary Lynch, managing director of the business risk solutions group at Marsh in New York City, agrees that the more sophisticated business continuity plans design contingency plans for any possible event, whether weather-related, labor unrest or a pandemic, that can suddenly derail operations. “This is a very event-driven business, and the approach can be ‘the risk of the day,’” says Lynch. “The better companies are focused on developing specific plans, rather than an event that may trigger a shutdown.”

Companies are carrying out this intensive planning in the midst of a financial meltdown that has left them with fewer resources. “Companies have lost people; they’ve lost corporate memory and lost budgets,” Lynch adds.

The High Price of Failure

While important for any industry, from the big-box retailers to auto manufacturing to consumer products, business continuity planning can be especially crucial for firms in the pharmaceutical and biotechnology sectors. These companies are operating in a fiercely competitive marketplace ruled by federal regulations that govern not only the products but the manufacturing process itself. Aon’s Pinzari says some specialized equipment can carry a price tag of $1.5 million and take up to two years to have it manufactured, installed and meet federal regulatory guidelines. “That takes you out of production,” he adds.

Traditional property insurance and accompanying business interruption coverage can help mitigate a company’s loss when disaster strikes. A typical all-risk property policy will cover the insured against perils such as fire, lightning, explosion, hail and hurricanes unless a risk is excluded. If the physical damage results in the interruption of business, and the company cannot deliver its products or services to its customers, the business interruption cover kicks in and covers the loss of revenue.

In an operating environment that uses dozens of suppliers, many companies secure contingent business interruption loss coverage, also known as dependent time element coverage. This cover becomes available when a third party, such as a supplier that delivers goods or a customer that receives goods, from the insured company suffers its own physical loss and cannot deliver its goods or services. Any subsequent slashes in revenue stemming from the losses of that third party are then covered.

“When you’re outsourcing more parts of your production, there’s more points in which something can go wrong,” says Lynch of Marsh.

Timon Mueller, head of property underwriting, US, for Allianz Global Corporate & Specialty North America, says the insurance market is unlikely to offer an insurance product against the potential losses sustained from a pandemic, such as the swine flu.

“It’s too big a risk to insure,” says Mueller, based in Chicago. “It’s not one company that would be affected; it’s many companies. In a real pandemic, airports would be closed; there would be restricted travel and transport of goods. You can’t even calculate the potential losses.”

While the sophistication of a corporation’s business continuity plan will vary as its executives grapple with the recession’s impact on their particular business operations, multinationals generally are not dropping or reducing property cover and the accompanying business interruption protection. “The values may be less as companies close some facilities or sell them. And the values for business interruption loss are down as there is less revenue to insure against,” Mueller says. “But they’re not generally reducing coverage.”

Scott Nicoll, a business continuity and disaster recovery specialist at Chubb, says corporate staffing for business continuity—typically drawn from the risk management, procurement, logistics and technology divisions—has been flat or even cut since 2008. That contrasts with the specialty’s growth between 2002 and 2007. “After 9/11, companies were building up plans, hiring consultants and in-house staffs,” says Nicoll, who works in the insurer’s loss control services division.

Bruce McIndoe, president of iJET Intelligent Risk Systems, a global consulting firm based in Annapolis, Maryland, says the pandemic buzz surrounding swine flu has corporations “begrudgingly” paying more attention to their business continuity plans. He agrees the terrorist attacks of September 11, 2001, sparked a surge in disaster planning up until 2006. The financial meltdown put the brakes on a slowing process.

“They’re not taking things down, but they’re not refreshing or investing or expanding their plans,” says McIndoe, whose firm helps more than 1,000 multinationals manage global threats. Staffing and budget cuts wrought by the recession and the general trend toward leaner and meaner operating environments have left companies ill prepared if a pandemic does strike, he says.

Corporate technology systems, for example, generally will not be able to handle large numbers of employees working from home to avoid spreading a virus. “Company networks are going to be overwhelmed. If the system can normally handle 1% to 2% of the workforce working remotely, how can it handle 15% all of a sudden?” McIndoe asks. Yet corporate financial officers understandably do not want to lay out billions of dollars on hardware that may be necessary only for several months.

McIndoe regularly warns multinationals with widely dispersed operations about the dangers of centralizing various functions, such as logistics, procurement or travel, in one location or outsourcing them to one vendor. Instead, multinationals need to build an A team in Singapore and a B team in New York City, for example, to handle these important functions.

“When one of their outside vendors gets hit, there’s no one with the skill set at home,” McIndoe says. “Ten years ago they had six to eight key people. Now with one, two or three key people out, that’s it. Companies don’t have any fat anymore.”