“This transaction represents an important step in our drive to build up a diversified portfolio globally of the highest-quality assets across a broad spectrum of asset classes,” Ahmad Al-Sayed, CEO of Qatar Holding, said in a statement.

In June, SWFs from China, Kuwait and Singapore emerged as the deep-pocket backers who enabled BlackRock’s acquisition of Barclays Global Investors for about $13.5 billion. SWFs are increasingly working together to achieve their commercial objectives, according to a survey released in July by UK-based University of Oxford. The operations and strategies of SWFs remain, in many cases, guarded secrets, it said.

China’s foreign exchange reserves have passed $2.1 trillion, and CIC could seek more capital to deploy in lower-cost acquisitions in the wake of the global financial crisis. As central banks amass reserves that are more than sufficient to meet their near-term needs, they are seeking higher returns than are available on US treasury securities.

Global corporate M&A; activity involving SWFs rebounded sharply in the second quarter of 2009 to more than $3.6 billion after falling to $1 billion in the first quarter, according to Thomson Reuters. However, the total remained well below the $19 billion recorded in the fourth quarter of 2008. SWFs’ financial investments in troubled US financial services firms were welcomed at the height of the crisis, but issues of disclosure and intent could become more controversial as M&A; activity accelerates and broadens in the future.

“From the times when kings invested in building pyramids, raising armies and bankrolling explorers, sovereign wealth attracted political controversy,” says Alexander Mirtchev, president of Krull, an advisory and project management firm based in Washington, DC. “But sovereigns have changed with the times and today represent internationally legitimate public authorities,” according to Mirtchev, who is an independent director of Kazakhstan’s SWF, Samruk-Kazyna.

“Cooperation among SWFs and their managers on different projects represents a sign of their maturity as investors who have become more aware of the market opportunities,” Mirtchev says. “On certain occasions, it could help funds to become market leaders in specific sectors,” he says.

The primary advantage of forming clubs is to spread the risk while increasing potential profits, Mirtchev says. Meanwhile, the co-financing is welcome at a time when lack of financing is the biggest impediment to dealmaking.

The investment and political environment in which SWFs are operating has changed dramatically as a result of the global financial crisis, according to a report released in August by State Street, Boston-based provider of financial services to institutional investors. “The unprecedented events within the financial marketplace have significantly changed both the public perception of sovereign wealth funds and the way the funds perceive their own role as very large institutional investors,” says Jay Hooley, president and chief operating officer of State Street. SWFs are facing sizable challenges and opportunities, he says.

The post-crisis reality has created an excellent basis upon which SWFs and the rest of the global financial community can further their cooperation and forge a mutually beneficial coexistence, the State Street report says. “Given the vast pool of assets they represent, SWFs will be important participants in shaping the future of global finance,” it says.

With nearly $3 trillion in financial resources, SWFs are playing a growing role as cross-border investors, and this has provoked considerable debate across the industrialized world, according to State Street. “The rapid growth of these funds, and their status as sovereign-owned asset pools that are neither pension funds nor traditional reserve assets, has ignited a spirited discussion about their governance, accountability and transparency, as well as the appropriateness of government control in investment decision-making,” it says. “These funds raise many issues of international economic policy, but critical to maintaining global prosperity and market efficiencies is maintaining the openness of host and recipient economies and financial systems to cross-border trade and investment,” the report says.

The International Monetary Fund and the Organization for Economic Cooperation and Development are examining these issues and are developing voluntary best practices for both SWFs and the countries receiving their investments. By providing liquidity and capital to world markets, SWFs can enhance the operation of markets, lower equity financing costs and provide support to equity valuations, State Street says.

Much of last year’s deal activity in the financial services sector involved SWFs taking minority interests in banks seeking capital injections. However, the appetite of SWFs to invest in the US banking sector has diminished significantly because of losses taken on the investments made in 2007 and early 2008, according to a report by PricewaterhouseCoopers. Inbound deal activity in the US financial services industry is likely to come from the stronger Asian strategic buyers, while the European financial services companies continue to focus on addressing their own issues, it says.

The largest M&A; deal worldwide in August was the Qatar Investment Authority’s purchase of an additional 17% stake in Volkswagen, and Qatar Holding’s concurrent purchase of a 10% stake in Porsche. The transactions had a combined ranked value of $9.6 billion, according to Thomson Reuters. As a result of the deal, Porsche will set up research and development and testing facilities in Qatar.

Abu Dhabi’s state-owned investment fund, Advanced Technology Investment Company (ATIC), became a major participant in the global microchip industry on September 7 with its cash purchase of Singapore-based Chartered Semiconductor Manufacturing for $1.8 billion. Chartered’s largest shareholder was Temasek Holdings, an investment company owned by the government of Singapore. ATIC is also the main shareholder in Globalfoundries, a US-based joint venture with Advanced Micro Devices. Globalfoundries and Chartered together will create a manufacturer of next-generation chips that will be big enough to compete with Taiwan’s customized chipmakers, which now control about two-thirds of the global contract chip market. Doug Grose, CEO of Globalfoundries, will run the combined operations with Chartered, which makes chips that run the Microsoft Xbox 360 game consoles. ATIC will assume $3.1 billion in debt and covertible shares of Chartered, which posted a loss of $39 million in the second quarter, its fourth quarterly loss in a row.

On a purely portfolio risk management basis, there are legitimate grounds for asset-rich countries to seek real assets through SWFs, according to State Street. These countries holding large foreign exchange reserves need to avoid the risk that official-sector debtors from the industrialized countries will seek to reduce their nominal liabilities through a policy of inflation, it says. 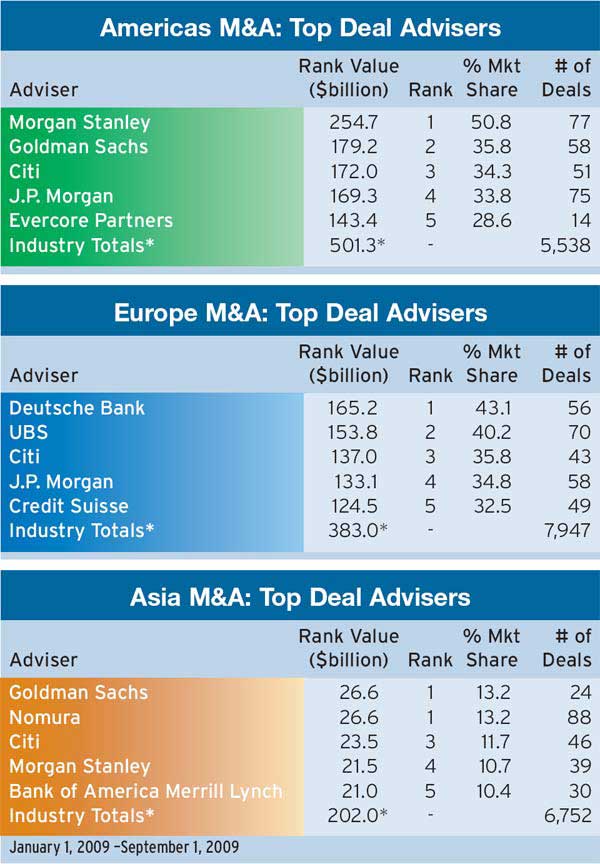