Companies Continue To Hoard Cash In Wake Of Credit Crunch 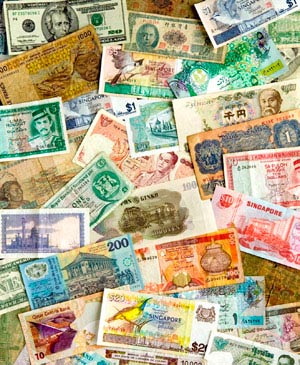 It is not just banks that are coming under increasing criticism for their liquidity-hoarding tendencies. Cash-rich companies are facing similar complaints—and similar accusations that they are prolonging the pain in the economy as a whole by not spending enough. Still feeling bruised from the credit crunch, however, companies can be forgiven for hanging on to their cash, says consultancy Treasury Strategies, which has just completed a survey of cash management strategies among 300 corporations worldwide. "With so much cash currently sitting in corporate coffers, executives are under intense pressure to put that cash back to work in the marketplace," says Cathy Gregg, a partner at Treasury Strategies. In the US, Treasury Strategies says, corporates are hoarding in the region of $1.8 trillion in cash, based on Federal Reserve figures, an increase of 25% since the onset of the recession.


Hoarding cash is an entirely rational response to the current economic upheaval, though, the consultancy claims. There are several reasons why companies are holding so much cash, it says. With credit being scarce, cash was needed to fund working capital requirements. Companies also became more conservative in terms of their short-term portfolio investments in order to preserve cash.


As well as piling up cash, many companies have invested heavily in improving their use of their internal liquidity. According to the Treasury Strategies report, "one-third of all companies have implemented new cash management technology since the start of the crisis." The report adds: "Two-thirds of companies indicate increased reliance on cash forecasting."