Global food and fuel inflation, undeveloped infrastructure and a correction in emerging markets are leading India to look inward. 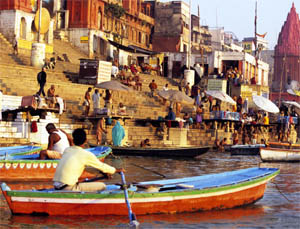 It’s not easy to keep a straight face in response to a banker’s complaints that his country’s economy is expected to grow “only” by 7.5% to 8.2% for the fiscal year through March 31, 2012. “This is clearly a step backwards,” Paresh Sukthankar, executive director for risk management and finance at HDFC Bank in Mumbai, India, griped in an interview with Global Finance .

Ironic as it may sound at a time when the US economy would be fortunate to grow 1% to 2% this year if it avoids a double-dip recession, almost every conversation with a banker, investor or industrialist in India leads to a grievance that it won’t grow by 10.4% as it did in 2010, but by an estimated 8.2%. It is the world’s 10th-largest economy in terms of nominal GDP and the fourth largest by purchasing power parity, according to IMF figures.

The strength of the Indian economy is that it’s about 85% domestic, thanks to a huge population of 1.2 billion and an urban middle class that is rising with a vengeance. Among the growth drivers of the remaining 15% of the economy are a software development industry in the southern city of Bangalore that rivals that of Silicon Valley, a pharmaceutical industry known for its strength in generic drugs, and a first-rate outsourcing sector that supports corporations around the world with customer call centers and other seamless back-office operations over the Internet.

It is integral to the national pride of many Indians that their vast domestic market is protected by a phalanx of government policies from some of the harshest effects of globalization. However, no economy can remain indefinitely insulated from the outside world while still becoming increasingly dependent on the economic well-being of the US, Japan and the EU.

That cold, hard reality is finally clouding the future of this sun-drenched South Asian nation. Investments in new roads, airports, power plants and other infrastructure have not kept pace with economic growth, presenting a painfully apparent constraint over the past couple of years. In addition, foreign investors are not encouraged by endemic corruption or by regulations that limit foreign equity holdings in some sectors. India received $23.7 billion in foreign direct investment inflows in 2010, which was 31.5% less than the $34.6 billion that it received in 2009, while FDI inflows remained just about flat worldwide at an annual growth rate of 0.7% according to the United Nations Conference on Trade and Development.

"Even for a bank like ours today, a large part of business comes from rural and semi-urban areas"

"Better availability of credit would obviously help in converting some of that demand to actual demand" – Paresh Sukthankar, HDFC Bankpotential

“To the extent that capital flows can be constrained, that could potentially have an impact on GDP growth because at the end of the day India needs to keep attracting capital, given its growth profile,” says S. Naganath, chief investment officer of DSP BlackRock Investment Managers Group in Mumbai.

India was hit hard by the impact of rising worldwide food costs and fuel inflation this year. Before the price of oil started to fall this summer, its meteoric rise above $100 a barrel had dire consequences for the government’s gasoline and diesel subsidies. Every $10 increase in oil prices translated into a fiscal deficit of 0.6% to 1.3% of gross domestic product. The International Monetary Fund estimates India’s fiscal deficit at nearly 8.5% of GDP for 2011.

At the same time, rising prices for agricultural commodities reached straight into the pockets of India’s consumers and raised the cost to the government of food subsidies for the poor. Annual inflation has risen to 8.6% from 6% before the global financial crisis of 2008. The Reserve Bank of India shows no sign of lowering the benchmark interest rate from 8%. The central bank has raised rates 11 times since March 2010, the latest a larger-than-expected 50 basis points rise in July this year.

Other global forces are also starting to take a toll on India’s economy. Industries that were more dependent than others on the continued expansion of business in developed markets like the US and the EU, such as software and outsourcing, are coming under unprecedented pressure as those countries face rising unemployment and a renewed threat of recession.

The SENSEX, India’s main stock index, is down almost 10% from 12 months ago, reflecting a trend among investors in developed markets to sell emerging market stocks as their price-to-earnings ratios have started to look almost as expensive as large-cap US companies in the Standard & Poor’s 500 Index.

In response, Indian banks are lending less and becoming generally more defensive. “From a cyclical perspective, we continue to see uncertainty as higher borrowing costs and a slowing economy pressure the banking sector,” says Brian Hunsaker, an analyst at Keefe Bruyette & Woods in Hong Kong. Annual credit growth has fallen to 20% from a peak of 25% at the end of last year, and Hunsaker expects the decline to continue.

Now many of India’s most prominent corporations are looking inward with renewed intensity. To their advantage, India’s savings rates are among the highest in the world. Gross savings was equivalent to 32% of India’s GDP of $1.5 trillion last year, and the IMF expects it to rise to 34% by the end of this year. Due to an age-old tradition of accumulating gold jewelry, Indian households are estimated to hold approximately $500 billion of gold, which Naganath says “will play to the wealth effect” as global gold prices continue to rise.

Such savings and wealth remain largely untapped, particularly outside the 48 urban areas that each claim more than a million residents—the largest of which is the area around Mumbai, where 22 million people live. The greatest potential is seen in rural areas, where 70% of the population lives and savings rates are even higher than average because residents have fewer opportunities than urbanites to spend their money, according to Sukthankar.

But these areas represent an opportunity that India’s automotive industry, for one, can no longer afford to overlook, says Anup Maheshwari, head of equities and corporate strategy at DSP BlackRock. He sees the greatest potential among local manufacturers of vehicles that are commonly used in agricultural fields where farm machinery is slowly replacing beasts of burden—and on the myriad single-lane roads that suffice as two-way highways crossing vast, inaccessible areas between second-tier cities.

According to Maheshwari, companies that saw the rural portion of their revenues grow significantly in recent years include motorcycle manufacturer Hero Honda, tractor and SUV manufacturer Mahindra & Mahindra and three-wheeled vehicle maker Bajaj Auto. The next rural growth industry could well be retail banking. Some of the wealth created by a decade of furious economic growth has trickled down into rural areas, and the central bank has encouraged retail banks to focus on unbanked and underbanked regions of the country.

“The fact is that even for a bank like ours today, a large part of business comes from rural and semi-urban areas,” says HDFC Bank’s Sukthankar. He estimates consumer credit for all of India at only 12% of GDP—about half in mortgages and the remainder in auto loans, credit cards and unsecured credit. “There is clearly latent demand, and better availability of credit would obviously help in converting some of that demand to actual demand,” he explains.

India has its work cut out in retaking the fast lane. In addition to investing heavily in infrastructure while empowering consumers, the government will have to reduce the fiscal deficit and crack down on corruption. It has already made some progress towards meeting that challenge by reducing spending on fiscal stimulus programs that were intended to provide a soft landing from the global financial crisis of 2008, slowly raising prices for petroleum products toward international levels, auctioning off telecom licenses and selling stakes in state-owned companies. “The government does have a fair amount of assets that it can monetize over time,” says Maheshwari. If these efforts are managed well, India stands a chance of resuming what the IMF calls “rapid and inclusive growth.”

A number of initiatives of the government of prime minister Manmohan Singh, who won’t be up for reelection until 2014, have the potential to stimulate the economy, particularly in rural areas. India never attempted to identify its citizens with unique serial numbers—as the US does with Social Security cards—until two years ago, when it announced a nationwide initiative to issue 1.2 billion national biometric identity cards to fight illegal immigration, terrorism and corruption.

Paresh Sukthankar, executive director for risk management and finance of HDFC Bank, expects that when these cards are eventually issued, retail bank branches in remote areas will find it easier to identify potential customers. “Just to provide basic identification would have been an issue,” he says, preventing a villager from opening a personal checking account.

In a move that has the potential to remove what is universally recognized as the main obstacle to economic growth—the antiquated state of most of India’s infrastructure—the government is attempting to drive public and private funds into new projects. Under India’s 11th development plan, which covers the five-year period from April 2007 to March 2012, some targets for the development of telecommunications infrastructure have already been reached, thanks to the profitability of that industry.

“In other areas, such as energy, roads and railroads, either funding has lagged behind targets or physical output is unlikely to reach plan targets,” the IMF warned in a report written in August. Over the next five years, the government’s goal is to double the nationwide investment in infrastructure development from about $500 billion in the past five years to about $1 trillion.

It is not yet clear where all the money will come from, particularly for the less profitable infrastructure projects. The private sector will be expected to invest half of that amount, according to the IMF. But first the government will have to take steps to deepen the corporate bond market and encourage banks to issue more loans to finance such projects, the IMF recommends.