Responsible fiscal and monetary policies and a host of reforms aimed at liberalizing the economy have allowed Israel to become one of the world’s most attractive places for foreign investment. But change is needed to break the power of monopolies that hinder a truly competitive market. 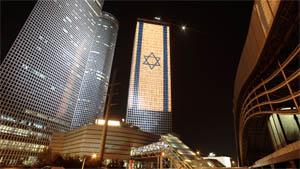 Israel is one of the best-performing economies in the Organization for Economic Co-operation and Development (OECD). The country showed remarkable resilience during the global recession and is in stronger health than many other leading economies, whose governments are burdened by debts and deficits. Plus, the Israeli banking system flew through the crisis without needing any of the bailouts that have been so contentious in other major markets.

But extensive deregulation and privatization have allowed cartels and monopolies to stifle competition. In addition, rising housing and living costs have resulted in mass protests of the middle classes, and at the moment it is unclear how the Israeli government will respond. There are fears that any loosening of fiscal restraints to meet demands could weaken Israel’s fiscal position, forcing monetary tightening.

Israel is not, moreover, immune to the effects of slow economic growth in the US and the worsening of debt risks in Europe, and prime minister Benjamin Netanyahu has hinted that, while he may implement “some socially sensitive amendments,” he will not deviate from the path of fiscal responsibility.

To moderate appreciation of the shekel, the Bank of Israel continues to buy foreign currency. During the first half of 2011, the Bank of Israel also accelerated the pace of interest rate hikes, up to 3.25%. Inflation, meanwhile, was 3.7% in July 2011.

"Israel is not like Finland, where you have dominant employers like Nokia.There aren’t that many big companies here" – Matan Friedman, ICV

Israel saw its economy grow 4.7% in the first quarter of 2011, supported by rising consumer spending and exports. Consumer spending increased 6.8%, while exports climbed 16% and imports rose 15.9%. Over 2011, government debt is expected to decline to only 73% of GDP. The International Monetary Fund recently increased its growth prediction for the Israeli economy to 3.8% in 2011 and 2012, while the Bank of Israel has forecast the Israeli economy to grow 4.5% in 2011 and 4% in 2012.

A High-Tech Center of Excellence

Against a backdrop of regional tension, Israel has—in just 20 years—evolved from an emerging to an industrialized economy that is resilient, globally oriented and technologically advanced.

The International Institute of Management Development in its 2011 World Competitiveness Yearbook ranked Israel in 17th place among the world’s 59 leading economies in terms of competitiveness. It holds top ranking worldwide for total expenditures on research and development (R&D;) as a percentage of GDP, and was also ranked first in entrepreneurship, central bank policy and scientific research.

Israel’s high-tech strengths in telecommunications, information technology, electronics and life sciences and its highly-educated, skilled workforce continue to make Israel one of the world’s most innovative places to invest in.

A strong venture capital industry provides the backdrop for innovation in Israel. Matan Friedman, a venture associate at Israel Cleantech Ventures, explains that this has helped Israel punch above its weight in emerging high-tech sectors. “There is core industry knowledge and areas with general venture financing experience, such as semiconductors and telecoms, going back 15 years,” he notes.

“The economic system for entrepreneurs—the people willing to fund ideas and their willingness to take risks—are all part of the contextual backdrop that helps form a core competence of the high-tech industry here,” Friedman says.

Health technology and the telecommunication industries—in particular, mobile technology—are big drivers of investment in Israel. Global tech multinationals, such as Intel, Cisco and Motorola, have set up facilities in Israel.

US tech firm EMC in April joined the stream of multinationals setting up shop in Israel. The company opened a Center of Excellence in Beersheba. Dr. Orna Berry, vice president and general manager of EMC Israel COE, says that Israel will be a key growth center for the firm over the next five years. “[EMC] will benefit significantly by being able to leverage the academic network and the talented engineers in the region.”

"The OECD is the most respectable international club... Israel can be accepted into"

"From what we know about other states ... there is a rise of billions of dollars in foreign investment in the state accepted" – Yuval Steinitz, Finance Minister

In June AT&T; opened its own international innovation center in Israel, where the company will work with Israeli start-ups in developing fields such as mobile network evolution and cloud computing.

Israel hopes for more foreign direct investment following acceptance to the OECD in September 2010. Full membership to the OECD formalizes Israel’s change from an emerging market to a developed one and recognizes that Israel has transformed itself into a growing, stable, advanced economy.

Israeli finance minister Yuval Steinitz said that Israel’s accession to the OECD is a mark of respect for the Israeli economy. “The OECD is the most respectable international club a small state like Israel can be accepted into,” he noted. “From what we know about other states, in the years following the acceptance there is a rise of billions of dollars in foreign investments in the state accepted.”

Israel will not be immune to the effects of slow economic growth in the US and the worsening of debt risks in Europe, but it has positioned itself with good fundamentals to ride any shocks the global economy might present.

According to the UN Conference on Trade and Development’s Annual World Investment Report 2011, Israel saw foreign direct investment inflows rise by 16% from $4.44 billion in 2009 to $5.15 billion in 2010, higher than the 5% increase in global FDI for the same period.

Israel remains an attractive location for high-tech growth. To encourage investment by both local and foreign companies, Israel has a wide range of incentives and benefits to investors in industry, tourism and real estate, although special emphasis is given to high-tech companies and R&D; activities.

In January 2011, Israel amended its Law for the Encouragement of Capital Investments to focus on achieving growth in the business sector, improving Israeli industry’s competitiveness in international markets and creating employment and development.

The standard Israeli corporate tax rate is 24%. However, the amendments include reduced company tax rates for “preferred income” derived by a “preferred enterprise” of a “preferred company” [see chart].

For an example of how incentives and venture capital can foster innovation, Israel’s emerging clean-tech sector provides a casebook example. Lacking fossil fuels and fresh water has prompted the Israeli government to commit to increasing its percentage of renewable-sourced electricity to 10% by 2020 and to cutting its electricity consumption by 20%. The Israeli government has earmarked $600 million toward this. Plus, it is providing incentives to private-sector innovators.

Matan Friedman, a venture associate at Israel Cleantech Ventures, says ICV makes a dozen new deals each quarter and that overall there are around 200 Israeli clean-tech deals per year. As with other high-tech sectors, he says, Israel’s strengths are shown in innovation rather than development. “So if you talk about wind and solar, we are not playing the game of manufacturing, but we leverage innovation at the early stages of company formation and identify opportunities,” he says. 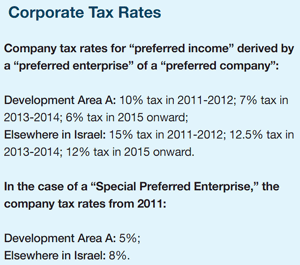 “There’s a hunger here and a broad swipe of entrepreneurs who are hungry to solve problems. Israel is not like Finland, where you have dominant employers like Nokia,” Friedman notes. “There aren’t that many big companies here—sometimes we ask ourselves whether maybe we just aren’t good enough managers to build big companies. But the opposite is probably true, we are good enough managers to develop small, fast companies that often get acquired by larger enterprises.”

AT&T; has just established a new innovation center in Israel that aims to speed the life-cycle time from idea to market by a factor of three in order to drive development of next-generation solutions for mobile and wired broadband.

Global Finance: Why have you chosen to open an innovation center in Israel?

John Donovan: Many of our suppliers and developers are based outside the US, so it makes sense for us to have an international AT&T; Foundry innovation center to better enable collaboration with these groups. Israel is a strategic location—we have an R&D; center there, and Israel has a vibrant start-up and developer community.

GF: How important are Israeli start-ups and academic institutions to Israel’s reputation for innovation, and how important is this to AT&T;?

Donovan: A key element of AT&T;’s success is collaboration—among employees and with a wide range of other organizations—that fosters innovation. Establishing an innovation center in Israel lets us tap into the Israeli start-up community and the deep skills in communications protocols and innovation that reside in Israel.

GF: What is the main objective of the innovation center?

Donovan: Our objective is to establish the most comprehensive innovation program in the industry. Unlike others that simply provide demonstration areas or certifications labs, we’re focused on having a project environment where we can provide an intersection of expertise, resources and collaboration.