While South Africa is attempting to get out from under its recession, countries in sub-Saharan Africa are dealing with the impact of volatile global oil markets and decreased investment from their neighbor to the south. 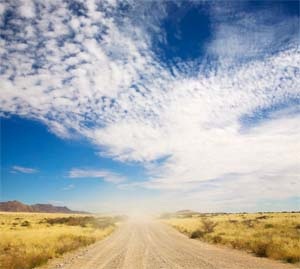 Just as South Africa was beginning to emerge from its economic downturn earlier this year, the recent US credit rating downgrade and a worsening eurozone sovereign debt crisis are now threatening to plunge the country back into a recession. Protracted labor strikes and a movement to nationalize the mining sector are among domestic issues further fueling uncertainty. The outlook remains mixed, at best.

Finance minister Pravin Gordhan says there’s a 40% chance of a global double-dip recession but contends the government is prepared to take action to shield South Africa’s economy from the potential impact. Analysts are confident that the country’s investment-grade rating is not at risk.

“The National Treasury and the Reserve Bank will continue to actively monitor the situation to mitigate any financial stability risks and any adverse short-term and long-term effects on the broader economy,” said a joint statement issued by Gordhan and Reserve Bank Governor Gill Marcus in August, following a meeting with members of the Financial Stability Oversight Committee to discuss the global financial environment.

“South Africa has deep and liquid financial markets which continue to function even during this difficult time of global financial turmoil,” added the statement. Others agree but warn that the government must remain vigilant to avoid a crisis.

“While the risk of recession in South Africa remains low, the global situation reinforces the need for domestic policies that are certain and predictable,” noted Business Unity South Africa (BUSA), the country’s largest business association. “It is also clear that interest rates may now have to remain low for longer as an essential element of support for the South African economy in this uncertain period, perhaps well into 2012.”

Despite such cautious optimism, recent data is less encouraging. Earlier this year, economists had touted an economic recovery after several quarters of recession in 2010. Yet, after growing by 4.8% during the first quarter of 2011, the economy has been slowing.

Manufacturing output, which accounts for 16% of the economy, grew by a meager 0.9% year-on-year in June, while mining declined by 0.7%. Authorities still predict GDP will grow by 3.4% this year, though that figure may be revised when the Treasury unveils its medium-term budget policy statement in October.

The Treasury predicts the budget deficit will be 5.3% of GDP during the 2011-2012 fiscal year and 4.8% in 2012-2013. An estimated $50 billion in international reserves is providing a comfortable cushion. Gordhan says the government will focus on having a “growth-friendly fiscal consolidation approach” over the next three years.

Complicating matters is the proposed National Health Insurance program that would be funded through a mix of taxes, employer contributions and user charges. The plan would require $17.3 billion in 2012, when it is slated to be launched, with that figure rising to around $35 billion per year by 2025. The program, implemented over the next 14 years, will include everything from national health insurance coverage to construction of new state hospitals and upgrading of existing facilities.

However, critics argue that launching the costly program could ultimately be the tipping point that will push the economy into recession once again. Supporters, on the other hand, counter that the plan will provide South Africans, particularly poorer ones, with better healthcare, addressing a social issue that has festered since the end of the apartheid regime in 1994.

While the government continues to work towards maintaining economic stability, the private sector may have an even bigger role to play, though only if conditions are right. “South Africa must create an environment where private capital is welcome and where investors and companies are confident in the long-term stability of the regulatory structure in their industry,” says Melissa Cook, founder and managing director at African Sunrise Partners, a New York consulting firm focused on investments in Africa.

“Local companies must have support and encouragement to invest to make their businesses regionally and globally competitive in a free and open market. This cannot be accomplished by throwing up new trade barriers or preventing others from investing to compete,” adds Cook.

"Local companies must have support and encouragement… to make their businesses… competitive in a free and open market" – Melissa Cook, African Sunrise Partners

One of the biggest challenges has been a call from a radical faction of the ruling African National Congress (ANC) to nationalize mines and other private assets. Leading the charge is Julius Malena, the controversial head of the ANC’s Youth League, who has also called for confiscating land from white farmers without compensation. Some South Africans view Malena as a possible future presidential candidate, a chilling prospect for the nation’s business sector.

President Jacob Zuma says nationalization is not a policy supported by either his administration or the ruling party as a whole, and he attempts to distance himself from Malena and other radical forces within his own party. The ongoing debate, coupled with frequent labor strikes each year, is already spooking investors. FDI in South Africa declined 70% year-on-year in 2010, to just $1.55 billion.

In this year’s UNCTAD World Investment Report, South Africa dropped to tenth place among the continent’s ten largest FDI recipients, behind countries such as Angola, Egypt, Nigeria and Ghana, among others. The country ranked in fourth place just two years ago.

"Events in Tunisia and Egypt had and will have no impact on South Africa" – Mohammed Akacem, Metropolitan State College of Denver

“The current tone of the public debate around the nationalization of land, banks and the mining industry weakens South Africa’s ability to attract the direct investment—both local and foreign—which is required to grow South Africa’s economy,” said a BUSA statement in June. BUSA is calling on the Zuma administration to take a leadership role to quickly bring certainty around the controversial issue.

The uncertainty could further fuel high unemployment, which rose from 25% during the first quarter of this year, to 25.7% during the second quarter. In February, president Zuma said the government would strive to create five million jobs through 2025, though few analysts believe this is likely unless labor laws are overhauled. A survey by Adcorp, South Africa’s largest staffing company, predicts nearly a half million jobs will be lost during the remainder of 2011 and into next year.

The opposition Democratic Alliance says the country must grow by an annual rate of 8% to effectively tackle unemployment and reduce poverty. The party has vowed to launch a policy project to address the issue, just in time for the 2014 elections.

“To be very effective, efforts should be made to promote expanding businesses to rural areas,” says Moses Tesi, political science professor and editor of The Journal of African Policy Studies at Middle Tennessee State University, suggesting ways to tackle joblessness. “But some businesses that already exist may not be suitable for rural areas; this means that the government should devise a rural-based business plan. A focus on training to develop skills for the modern economy is crucial.”

Meanwhile, following South Africa’s successful FIFA Soccer World Cup events last year, there were rumblings that the country would throw its hat in the ring to host the 2020 Olympic Games. However, the government said it had more pressing national social welfare priorities to attend to at the moment, for which sports minister Fikile Mbalula confirmed that South Africa would not submit a bid by the September 1 deadline. Yet, even amidst the country’s mounting problems, supporters say they can always consider a 2024 bid.

While South Africans are concerned about contagion from abroad, it appears the impact from recent turmoil in North Africa has been minimal. “Events in Tunisia and Egypt had and will have no impact on South Africa,” says Mohammed Akacem, economics professor at Metropolitan State College of Denver. “The kind of foreign direct investment and/or capital flows that would have gone to South Africa would not have considered North Africa as a destination.”

Instead, some of South Africa’s neighbors, accustomed to receiving South African investments, could be affected by a renewed recession. In the case of such oil-producing countries as Nigeria and Angola, the situation is exacerbated by oil price volatility. The International Energy Agency is predicting that oil demand will stall next year. This could prove worrisome for Nigeria, which relies on crude for 95% of foreign revenues. Angola, on the other hand, has capitalized on political upheaval in Libya to make up for that country’s oil production shortfall.

“Nigeria appears to be on the verge of finally using its oil riches to develop non-energy sectors of its economy,” says Cook. “A steep decline in oil revenues could create unhelpful political complications, potentially delaying economic reform efforts.” The instability has not stopped other sub-Saharan countries, including Mali, from pursuing oil sector developments of their own. Several of the region’s countries are courting Chinese investors to develop their nascent oil industries.

Kenya is fast becoming a sub-Saharan model for financial inclusion, as 70% of Kenyans now have access to banking services, compared with just 45% in neighboring Nigeria. The answer to why Kenyans are quickly leaving the ranks of the unbanked lies in the country’s embrace of mobile telephony. Kenyans are increasingly shunning bank branch visits in favor of mobile banking.

A Citigroup report this year lauded Kenya’s e-commerce development, suggesting it is becoming a model for sub-Saharan countries. Citi noted that the country’s electronic banking offers an efficient and cost-effective payment and collection system, which attracts the unbanked. Large unbanked populations have traditionally been a problem throughout Africa, where the Global System for Mobile Communications Association (GSMA) reports 40% of Africans have mobile phones, but only 20% have bank accounts.

However, in Kenya e-banking is fast becoming the preferred, rather than an alternative, channel for banking customers, as banks offer everything from balance inquiries and loan applications to funds transfers and utility bill payments through both mobile and Internet banking. Local banks began offering such services in order to compete for market share, with mobile service providers then getting in on the action.

M-Pesa, a mobile phone banking service, was among the market’s pioneers. Launched four years ago by Safaricom, the Kenyan phone company 40% owned by a division of UK firm Vodafone, it allows users to conduct financial transactions without need for bank accounts, instantly transferring funds from one mobile phone to another nationwide.

The system uses the phone’s SIM card as a virtual bank card, with customers loading funds onto the card through a bank account or at agent offices. They can pay utility bills and services or transfer money to family members in remote towns and villages. Recipients may visit an agent to receive cash.

Since 2007, Kenyans have used M-Pesa to move $8.5 billion. While Kenyan banks have 1,000 branches, M-Pesa has about 25,000 local agents, prompting 15 million Kenyans to use the system from a total population of 40 million. Safaricom has made $130 million this year from the system. Vodafone has since rolled out similar systems in Tanzania, Afghanistan and South Africa, and is now eyeing India.

Competitors are also springing up. Airtel Kenya in August upgraded and relaunched its Airtel Money system, and a similar platform, called Splash, was introduced in Sierra Leone. When Kenyans complained they could only transfer funds between phones serviced by the same provider, Craft Silicon, a Kenyan technology firm, addressed the problem. The company recently launched Elma, a new mobile phone application that allows users to transfer funds among phones serviced by different carriers.

Traditional banks are doing well, despite competition from mobile providers. NIC Bank and Cooperative Bank of Kenya, two major lenders, reported a 34% and 41% year-on-year growth in profits, respectively, during first-half 2011. Profitability has been boosted by higher interest rates, the central bank’s tightening of overnight borrowing, and banking sector lay-offs conducted earlier in the year.