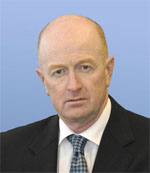 Stevens has his hands full managing an economy with booming mining and financial sectors and weakness elsewhere. So far, he has managed to keep the overall economy growing without creating an inflation problem. The Reserve Bank of Australia began cutting interest rates last November and stepped up the pace in May and June this year, when it became apparent that the economy could be hurt by a slowdown in global growth. Inflation in the second quarter was the lowest in 13 years. The relatively strong Australian dollar poses a risk to further economic growth, however, and likely will keep the RBA in an accommodating frame of mind.

Rahman has been governor of Bangladesh Bank since 2009 and has helped the government to secure fertilizer and fuel. A proponent of microcredit, which was born in Bangladesh, Rahman has done much to help the poor. By failing to control inflation, however, the central bank has done the country a disservice. Bangladesh has moved from a “basket case” to an emerging economy. However, it has the highest inflation rate in South Asia, and Rahman remains reluctant to tighten monetary policy at a time when the global economy is contracting. Bangladesh is vulnerable to a slowdown in foreign aid, and its critical textile industry is feeling the sting. 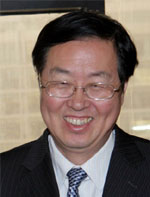 China’s central bank is beginning to look a little panicked as it seeks to assure a soft landing for the economy. In July the People’s Bank of China lowered interest rates for the second time in less than a month. Still, money market rates have risen, as short-term liquidity shortages have emerged. Foreign capital inflows have dried up, restraining growth in the monetary base. Meanwhile, the renminbi has reversed its long trend of steady increases and is being allowed to fall. The export sector is under pressure from slowdowns in Europe and the US. China’s current-account surplus is declining, but the country has low debt and a relatively small budget deficit. 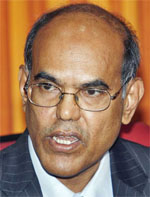 The Reserve Bank of India lowered its policy rate by half a percentage point in April to 8%, which was its first interest rate cut in three years. Business groups are pressuring the RBI to cut rates further to stimulate the economy, which is growing at its slowest rate in almost a decade. Subbarao has refused to cave in to political pressure, noting that inflation remains above the upper range of the RBI’s 5%–6% comfort zone. India has slipped into a period of “stagflation” that has been worsened by a poor summer monsoon. Meanwhile, the rupee has continued to weaken, making imports more expensive.

Indonesia’s economy is less dependent on trade than many Asian countries. The Bank of Indonesia kept its reference interest rate unchanged at a record low 5.8% for a sixth month in a row in August. Indonesia’s real GDP rose 6.4% in the second quarter, the second-fastest rate of growth after China in the Group of 20. The central bank wants to keep inflation under control and to prevent the rupiah from weakening further. It said the crisis in Europe and the vulnerability of the US economy would likely slow Indonesia’s exports. 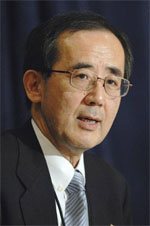 The Bank of Japan is still battling deflation-and losing. The central bank surprised market participants in February by setting a 1% inflation target and increasing its asset-buying program. But it remains reluctant to extend government bond purchase maturities to five years, which could help to lower long-term borrowing costs. Shirakawa says monetary easing alone cannot defeat deflation, but he acknowledges that aggressive easing is necessary. Politicians are urging the BoJ to ease more forcefully to help Japan’s export-dependent economy deal with a strong yen.

Kazakhstan’s central bank lowered its refinancing rate to a record low 5.5% in August to combat a slowing economy. Marchenko was proposed last year by former Soviet states as a candidate to head the International Monetary Fund. The former CEO of Halyk Bank, Marchenko was educated in Russia and the US. The central bank has intervened in the foreign exchange market this year to keep the tenge from appreciating too quickly. Kazakhstan, a major oil producer, has the largest economy in Central Asia. 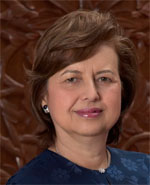 Malaysia’s economy has remained resilient despite weakening global demand. GDP growth grew in the second quarter to a 5.4% annual rate. Bank Negara Malaysia has kept its overnight policy rate unchanged at 3% for more than a year. Monetary conditions continue to support economic activity, and the bank can make adjustments if the global economy weakens, Zeti says. Government spending is increasing ahead of a general election that must be called by early next year. 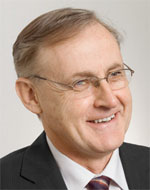 September marked the end of an era in New Zealand, when Bollard stepped down as central bank governor after 10 years. His replacement, Graeme Wheeler, is a former MD of the World Bank. The central bank will use new rules under Wheeler to tighten liquidity requirements and restrain credit booms. The Reserve Bank held its benchmark interest rate at a record low 2.5% this year to help economic recover from the devastating earthquake in February 2011 that claimed 185 lives. New Zealand’s economy depends on agricultural exports to Europe, which makes the outlook uncertain. 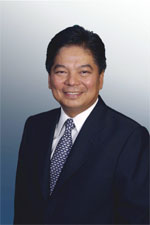 The central bank of the Philippines took advantage of receding inflation to cut its benchmark interest rate to a record low 3.75% in July, to stimulate growth as the global economy weakens. Tetangco said he expected inflation to decline to the lower half of the bank’s 3%–5% target range later this year. The Philippines will have a balance-of-payments surplus this year, while remittances could grow 5% from last year’s record $20 billion. Tetangco said government spending on flood-recovery efforts would help support economic growth in the second half.

The Monetary Authority of Singapore has kept interest rates low by allowing the Singapore dollar to appreciate. Menon, MAS managing director, expects GDP growth of 1%–3% this year, down from an average of 5.8% in the previous five years. The Singapore dollar gained more than 4% in the first seven months of 2012, helping to keep import prices in check. Rising exports of pharmaceuticals could offset weakness in electronics manufacturing, although much depends on the outcome of Europe’s debt crisis. Meanwhile, rising housing costs are feeding domestic inflation. 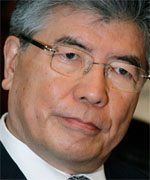 In July, the Bank of Korea cut its benchmark interest rate by a quarter point to 3%, the first cut in three years. “Considering exports account for about half of our economy, how can we stay immune to changes in the international landscape and the European crisis?” Kim asked. It is also exposed to foreign money flows and high rates would drive up its currency. The Fair Trade Commission is investigating whether the country’s banks are keeping interest rates on CDs at artificially high levels, causing high mortgage rates.

Sri Lanka’s economy is humming along, but inflation is approaching double digits. The country’s GDP rose 8.3% in 2011 and is on track to grow about 7.2% this year. The central bank unexpectedly raised interest rates in February for the first time in five years. The Sri Lankan rupee has fallen sharply, contributing to higher inflation. In a further effort to restrain credit growth, Cabraal has asked the country’s banks to moderate their extension of credit. A drought has contributed to higher food prices, and power cuts were widespread in August after the country’s main generating plant broke down. 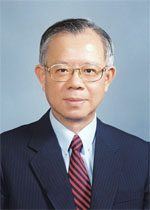 Sharp declines in Taiwanese exports have slowed GDP growth from its 4.3% advance in 2011. The central bank has kept its discount rate unchanged at 1.9% to promote growth, while working to keep property prices from rising too quickly. In June the central bank issued a decree saying that mortgage loans in Taipei may not exceed 60% of property value. Meanwhile, Taiwan is negotiating with China to establish direct clearing of the New Taiwan dollar with the renminbi, which would enable the island nation to become an offshore renminbi center.

Thailand’s economy has recovered steadily from last year’s floods that disrupted global supply chains. The central bank kept its overnight repurchase rate unchanged at 3% in July. It said the economy was growing close to potential, supported by low interest rates, strong credit growth and government stimulus. Real GDP is expected to advance at a 5.7% rate this year, and the Bank of Thailand has made it clear that it stands ready to cut rates if the European debt crisis worsens. For the time being, economic fundamentals are strong and the financial system is stable, Prasarn says.

The State Bank of Vietnam lowered its overnight lending rate for the fifth time this year in July, as inflation subsided amid signs of slowing economic growth. The overnight rate remained at a relatively high 11%, however. The central bank repeatedly raised rates last year. The country’s inflation rate peaked at 23% in August 2011, and has since fallen below 7%. Deposit rates are limited, while lending rates are self-determined by commercial banks. Some banks are offering illegally high deposit rates amid a credit crunch. GDP growth slowed to 4.4% in the first half of this year from 5.8% in 2011.