Global investors are creeping further out on thin ice to capture the higher yields available on bonds issued by companies in emerging markets (EM). 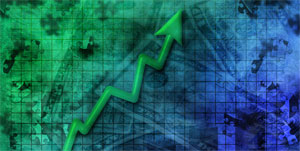 Analysts caution that many of the corporate credit risks in these markets have been overlooked.

The outstanding debt of emerging markets companies now exceeds that of dollar-denominated bonds issued by governments of these countries, according to J.P. Morgan, which compiles the most widely followed EM debt indexes. There is now nearly $1 trillion of EM corporate debt outstanding worldwide, which makes the market roughly equal in size to the US high-yield corporate debt market.

Memories of the less-developed countries’ debt crisis of the 1980s are fading (only $7 million of Brady bonds traded in the second quarter), and LDCs are now known as emerging markets. EM sovereigns are issuing less dollar-denominated debt because they can borrow in their own currency in their local bond market. With faster-growing economies and better fiscal management, they have less need to borrow.

Meanwhile, EM companies have been greatly increasing their dollar-denominated debt in recent years. This trend has accelerated since the financial crisis, as central banks in the developed economies have pumped out liquidity. With yields on US treasury bonds hitting record lows, investors have been attracted to corporate debt.

The market for EM debt has been transformed from what was almost completely a sovereign-debt market into primarily a corporate debt market, according to J.P. Morgan. The market for syndicated loans has shrunk dramatically, forcing many EM companies into the debt markets for the first time.

Trading in local-market instruments now accounts for 70% of total EM debt trading volumes, according to industry association EMTA. EM debt trading in the second quarter of 2012 totaled $1.41 trillion, down 17% from the same period a year earlier.

“Superficially, a decline in trading volume for an asset class that has seen a significant increase in investor interest is a worrisome combination, as it points to potential volatility,” Eric Fine, managing director at EM debt fund Van Eck G-175 Strategies, said in a statement. “However, it wouldn’t be a stretch to conclude that lower volumes are partially a reflection of a growing buy-and-hold investor base for the asset class,” he added. “The big increases in assets under management have gone to long-only strategies, and not to hedge funds, whose trading activity is generally higher.”

Brazilian instruments were the most frequently traded EM debt in the second quarter, with $298 billion in turnover, according to the EMTA report. Mexican instruments were second, at $243 billion, followed by Russian assets, at $137 billion. Debt from Turkey and Singapore was also actively traded. The report includes data from more than 90 EM countries.

The volume of EM credit default swaps traded in the second quarter of 2012 totaled $218 billion, down from $240 billion in the same period a year earlier. Gazprom and Pemex were among the most actively traded corporate CDS contracts.

Petrobras, Brazil’s state-controlled oil company, sold $7 billion of bonds overseas in February. The issue was the biggest-ever dollar-denominated bond by an EM company and drew attention to the market. EM corporate bond primary issuance is now more than double the level of EM sovereign debt issuance.

Many of the biggest issuers of corporate EM debt are quasi-sovereign entities in sectors such as natural resources and utilities, according to a report issued last November by the EM committee of the International Organization of Securities Commissions (IOSCO). The most popular sectors have included basic materials, power, oil and gas, telecoms and construction.

Corporate bond markets in EM countries have a large proportion of high-rated bonds, the IOSCO study found. Credit-rating agencies are present in almost all of the countries it surveyed.

EM corporate high-yield debt has been the best-performing fixed-income asset class so far this year, thanks to a spurt in the first four months of 2012. J.P. Morgan’s Next Generation Markets Index, or Nexgem, which includes the bonds of such high-yield markets as Gabon, Iraq, Jordan, Nigeria and Vietnam, returned 15.8% in the first eight months of this year.

The market for sukuk, or Islamic bonds that don’t pay interest but do return a profit if there is one, is also strong. Issuance hit a record $32.6 billion last year, according to Dealogic. Much of the issuance has been at the sovereign level, which could help to establish a benchmark yield curve for corporate issuers to follow. Turkey recently named Citi, HSBC and Liquidity Management House for Investment, of Kuwait, to handle its first-ever sukuk, which could raise about $1 billion. Qatar sold a $4 billion sukuk in July that attracted $25 billion in orders.

Investors in quasi-sovereign bonds, which are usually issued by companies in which the government holds a majority of the voting shares, should remember the experience of Dubai, says Gary Kleiman, senior partner at EM consultants Kleiman International, based in Washington, DC. In November 2009, the Dubai government said it was asking creditors of two of its biggest companies—Dubai World and real-estate developer Nakheel—to freeze repayment of billions of dollars of debt. Many investors had assumed that these government-related entities had the implicit guarantee of the government.

With signs of slowing in the global economy, falling commodity prices and an ongoing debt crisis in Europe, some analysts warn that investors could be entering the EM debt markets at a risky time. The default rates are rising, Kleiman says, with 15 defaults in the first half of 2012, more than in all of last year.

“With a record number of EM debt issuers and eager buyers, we are starting to move down the credit-risk scale,” Kleiman says. “A lot of unrated companies are coming to market.”

Creditors in EM debt markets have fewer rights than in developed markets, and bankruptcy laws are cumbersome or favor locals in many cases, Kleiman says. Oil-rich Kazakhstan imposed heavy haircuts on foreign banks when Kazakh bank BTA defaulted, even though the bank was 81.5% owned by Kazakhstan’s sovereign wealth fund, he notes. 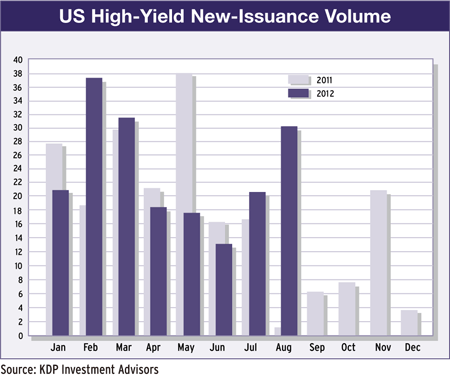 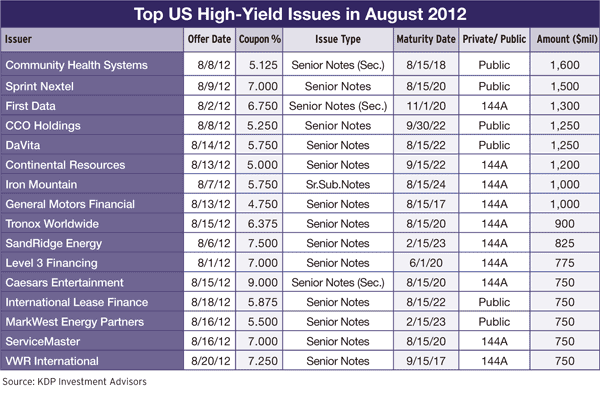