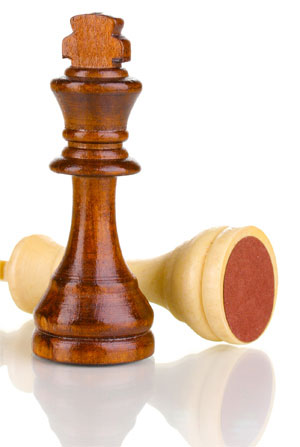 Expect the unexpected. That is what corporate risk officers worldwide have taken away from the unforeseen political and economic changes—from regime turnovers in Egypt and Libya during the Arab Spring to Greece's ongoing economic meltdown to Argentina wresting control of oil producer YPF from its Spanish parent, Repsol—that have occurred over the past year.

Under pressure from top executives, risk officers are reevaluating whether their companies need to purchase more traditional political risk coverage in order to stave off large, unexpected losses. "There's a higher level of concern coming from the C-suite about political risk," says Mary Cline, director, corporate advisory services, at Eurasia Group, the political-risk consulting firm. "The biggest concerns are, 'How do you measure it, and how do you insure against it?'"

Roger Schwartz, senior VP, political risk, at Aon Risk Solutions, agrees: "There's been an uptick in inquiries as executives see the potential for losses." Traditionally, political risk cover was at the bottom of the insurance shopping list of most budget-conscious multinationals. When risk managers present their annual insurance programs to the executive office, traditional lines of insurance, such as liability, property, workers' compensation, auto and directors' and officers' liability, typically top their must-buy lists.

Special circumstances—the opening of a factory in an emerging market or an acquisition with vulnerable properties—may bump up the cover's placement on the corporate shopping list. "It [political risk cover] tends to be dictated by circumstances," adds Schwartz, who is based in New York. "Or the coverage issue might be brought up by the lender."

That is changing. Project developers, contractors, multinationals and their lenders are increasingly seeking the traditional political risk cover that protects against expropriation, political violence and currency convertibility.

Expropriation cover, for example, provides compensation against the outright takeover of a company's assets by a host government. Over the years, the wording for the cover has expanded to envelop the so-called "creeping expropriation," a variety of more subtle political risks that can reduce the value of a company's investment over time. Decisions made by biased legal systems that favor a local company, or taxes suddenly slapped on products turned out by a foreign firm to make them uncompetitive with locally made products, are examples of "creeping expropriations." When provincial governments issue arbitrary edicts that effectively negate the operating rules previously laid down by federal officials, "creeping expropriation" is also at play.

Paul Davidson, chairman and CEO of Willis Financial Solutions in London, notes: "There has been no shortage of examples of the more traditional forms of overt expropriation in Latin America, notably in Venezuela." By August of 2011, there had been 988 expropriations in Venezuela since 2002, including about 700 that had occurred since 2010.

Another mainstay of a political risk policy is protection against losses from damage or destruction of assets or business interruption caused by political violence, such as the violent protests and street battles in the Middle East last year. And currency inconvertibility is a crucial cover that insures against the risk of currency devaluations or if the local currency can no longer be converted to hard currency.

It is essential that corporate executives carry out an in-depth assessment of their risks and plan ahead. "Once a government begins expropriating, it's too late," says Anne Marie Thurber, an executive vice president and managing director at Zurich Credit and Political Risk in Washington DC. The terms and wording of the cover are always changing to reflect the shifting landscape of political risks. "For investors in the emerging markets, the complexity surrounding the contractual context of investments, incentive agreements, licensing arrangements and so on requires policies to be crafted with considerable care at the outset," says Davidson of Willis.

The market offers robust capacity, and policies are generally written to cover time periods of three-to-15 years, longer than the one-to-three-year time periods of most commercial policies. The cost of such cover is difficult to specify. Premium prices—levied as a percentage of the policy limit—depend on a variety of factors, including the type of risk, the location of the insured's property, the nature of the industry and length of the policy period. That percentage could run from 0.15% to 0.2% of the policy limit, which may be $100 million, for example.

Corporations are also increasingly turning to the Multilateral Investment Guarantee Agency (MIGA), the political risk insurance arm of the World Bank Group, for cover in risky markets. The agency's connection with the World Bank assuages corporate anxiety about risks-from expropriation to breach of contract to sovereigns not honoring their financial obligations.

"There can be a halo effect with MIGA," says Evan Freely, global head of political risk and trade credit products at global insurance broker Marsh, referring to the perceived or actual protection that a multinational may receive by making MIGA part of the syndicate that provides its political risk coverage. "It's a vehicle for risk avoidance. A government may be less likely to take any action if MIGA is involved."

Edith Quintrell, director of the operations group at MIGA, agrees. "The umbrella of the World Bank is an important deterrent factor against interference in projects," she says, adding that entering a risky foreign market with a local joint venture partner is another way to mitigate risk.

Corporate executives know that MIGA has direct access to government officials and can mediate disputes with host governments, whether it is the only entity providing cover or part of a syndicate. "We can step in and use our channels to government officials," Quintrell notes. For the fiscal year ended June 30, MIGA issued $2.7 billion in guarantees. That covered 52 projects, versus the 38 projects covered in the previous fiscal year.