Africa's Infrastructure: Power To The People 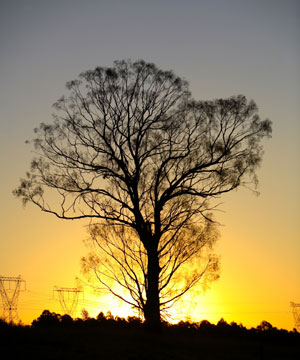 Sub-Saharan Africa is rapidly turning into the growth and investment story of the decade. With a substantial youthful population, increasingly stable democratic governments and a growing desire for economic advancement, the region is already making tremendous progress.

Inadequate infrastructure, particularly in the power sector, is hampering that development, however. Even in the more economically advanced countries, such as South Africa, Kenya and Nigeria, power shortages are common and transportation, sanitation and telecommunications infrastructure is seriously lacking—especially away from main urban areas.

In less-developed countries within the region, particularly those emerging from years—or in some cases decades—of turmoil, there is a tremendous infrastructure deficit. Across the continent, there is a need for new ports, airports, roads and rail networks, and for massive investment in power, water, sanitation and communications.

Because of the scale of the challenge, the numbers are mind-boggling. A commonly quoted statistic is that, simply to meet its development goals and bring its infrastructure up to the levels of other emerging markets, Africa will need some $93 billion in infrastructure investment every year for the next decade. Much of that investment will go into transportation, telecommunications and water projects, but a vast chunk of it will be swallowed up by the power sector.

According to the International Energy Agency, sub-Saharan Africa needs more than $300 billion in investment to achieve universal access to electricity by 2030. Currently, around 85% of people living in rural areas have no access at all to electricity, and many of those living in urban settings suffer regular power outages.

The lack of power generation capacity is costing Africa dearly, not only in purely financial terms but also in lost opportunities for social and economic development, says Nnena Nkongho, an emerging markets investment professional who splits her time between Lagos, Nigeria, and New York. “The lack of infrastructure, in particular power, makes many businesses here in Nigeria less competitive than their global peers in a wide range of sectors.” The difference in pure cost terms is substantial, but the social cost is far greater. Producing more power domestically would generate jobs and help diversify the economy while strengthening the case for improving other infrastructure, such as transportation and telecommunications systems.

In the Democratic Republic of Congo, power shortages are thwarting the government’s efforts to push its copper mining industry up the value chain. The government has repeatedly tried to force miners to stop exporting copper concentrate and instead export only finished copper, but many producers say they cannot process the ore in-country because they don’t have access to reliable electricity supplies.

Power shortages and interruptions also impose less-obvious costs on business because they make Africa a challenging place to live, raising costs for employing expatriates and locals alike and forcing people to spend a considerable amount of time dealing with energy shortages rather than being productive.

BREAKING OUT OF A VICIOUS CYCLE

There is no question that the lack of infrastructure across sub-Saharan Africa is impeding the region’s development, but it is also inhibiting the flow of investment needed to fund the construction of infrastructure. Historically, Africa has looked to donors, predominantly from the West, to square the circle, but new models of infrastructure financing are now appearing that are helping channel private funds into much-needed projects in Africa.

The changes taking place are timely: As much of the world wakes up to Africa’s economic potential, there is no shortage of available funding, much of it coming from other emerging markets, such as Brazil and China. Just in the past year, for example, China pledged up to $20 billion in funding for projects in Africa. Japan promised to stump up $32 billion, and US president Barack Obama, at the conclusion of a three-nation trip to Africa, announced the Power Africa initiative, a multiyear plan backed by $7 billion in US funding aimed at helping reduce the continent’s power infrastructure deficit. Private investors are keen to put money to work in Africa, too. With investment returns from other regions dwindling, Africa, with its rapid population growth, burgeoning economies and vast, untapped resources, is proving a tempting target.

A number of funds are working to harness that enthusiasm. The African Development Bank, which already has $17 billion invested in infrastructure-related projects, recently launched its Africa50 fund with the hope of drawing up to $50 billion from private investors, sovereign wealth funds and, significantly, African savings and pension funds. Private investors are also the targets of a swath of recently launched, Africa-focused private equity funds—including one from Brazilian investment bank BTG Pactual, which aims to reach $1 billion.

Having access to funding is only half the battle, however. “The capital is available to fund infrastructure projects in Africa—there is no shortage of investors,” notes Emile Du Toit, South Africa–based head of the Pan African Infrastructure Development Fund (PAIDF) and head of infrastructure investments at Harith Fund Managers. But, he cautions, “there are not enough well-crafted projects that are investable.” There are two key problems, according to Du Toit. “In perceived high-risk areas like Africa, you have to go the project finance route for infrastructure, and you have to have strong government support. Many governments in Africa are not strong enough from a financial or regulatory standpoint, and project finance takes too long for most private-sector players.”

Funds such as the PAIDF attempt to address these problems by devising agreements tailored to potential investors’ risk tolerance and using a creative mix of dollar and local-currency structures. Two key factors are helping to support such efforts, says Orli Arav, head of project finance at Frontier Markets Fund Managers, which manages the $753 million Emerging Africa Infrastructure Fund: “A number of successful projects backed by private equity have shown that companies can be comfortable with the risk,” she says. The second key factor is that investors are receiving lower returns elsewhere, so the yield from a sub-Saharan African power project, for example, can suddenly look exceedingly attractive to a long-term investor.

Arav, whose fund tends to be involved in arranging or participating in financing for African infrastructure projects, says funding structures have developed considerably recently, but she still sees scope for innovation. One of the key issues, she notes, is that developers need to ensure there is an exit strategy. “Currently the exits are very limited,” she says. “We are seeing some progress in that the new players might decide to buy some of the assets during development, but it’s not enough. What could sharply change the pace of development is to have a market where you can sell projects later on. That will only happen when you have a lot of big players looking to buy assets.”

One of the commercial banks that committed financing to Obama’s Power Africa initiative is Standard Chartered, which pledged to fund more than $2 billion in energy projects. The bank’s director of project and export finance for Africa, Neil VanNiekerk, says he is optimistic about changes taking place in the infrastructure funding space that are encouraging local banks to become more involved. “Different structures appearing now, including some that incorporate a soft-currency element, are encouraging local banks to participate. That is proving important in concession-based projects in the power and infrastructure space particularly, because the income the projects generate is almost certainly in local currency.” Some of the new structures are also enabling domestic banks to take part in longer-term financings by including shorter-tenor, local-currency tranches that can be partially refinanced.

Dubai-based VanNiekerk is also seeing fresh interest in investing in Africa, particularly from private equity funds and asset managers, and believes the Power Africa initiative will bring new players into the market. “They are sitting on a lot of capital, and there is a strong chance they will start directing it into Africa,” he asserts.

Changes in the way infrastructure development plans are being implemented may also enhance their effectiveness. Adonis Seka, Central Africa cluster head for Ecobank Capital—the investment banking arm of Ecobank Group, involved in infrastructure financing across Africa—says many countries in Africa are taking a more regional approach. “When you build roads, for example, it’s not just about getting the network set up in this country, it’s about connecting with the border countries and improving economic and social activities across the entire region,” he explains. “It’s about opening up trade to make sure you expand exports and the movement of goods regionally.”

There is clearly a long way to go to bring Africa’s infrastructure up to even a basic standard, but there is a high degree of optimism around recent developments. “The catalysts for a sustained productivity boost and a structural transformation of African economies are starting to fall into place,” says Razia Khan, head of regional research Africa at Standard Chartered. Du Toit sums up the change in mood: “Suddenly there is more momentum. You can get meetings in a week or two, rather than a month—it’s top of mind.” If the momentum is sustained, perhaps Obama’s hope that all Africans will have access to electricity by 2030 will be realized.