Global Trade: Rise Of The Superblocs

Free-trade superblocs are being negotiated in North America, Europe and Asia. They will forever alter the flow of commerce and finance—and leave winners and losers in their wake.

The world is poised on the edge of a new age dominated by free-trade superblocs that will link continents and forever alter the flow of commerce and finance. There will be winners and losers. Some of the world’s biggest economic powerhouses—including the US, China and Japan—will need to implement painful and costly reforms in order to maintain their position. But if they and others can make the required adjustments, trade economists predict the rewards from joining continents with free trade agreements (FTAs) will be substantial. 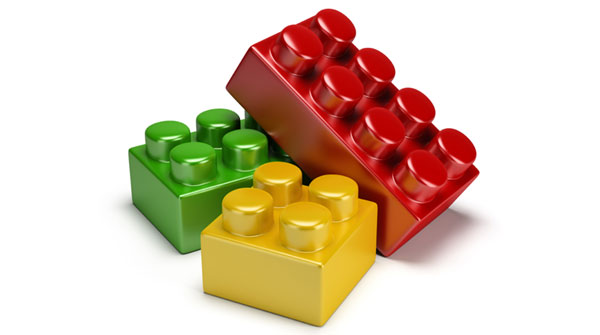 “Trade liberalization benefits all countries involved,” says Joshua Meltzer, a global economy and development specialist at think tank the Brookings Institution. The free-trade superbloc expected to yield the greatest benefits for partners and have the biggest impact on trade and investment is a transatlantic partnership between the North American Free Trade Agreement (NAFTA) countries and the European Union (EU).

Mexico already has an agreement with the 27-member EU, Canada is close to finalizing a deal of its own, and the US began negotiating a comprehensive FTA with the EU earlier this year. However, the ultimate goal of these arrangements is to create the world’s single biggest free-trade zone, spanning North America and Europe. This would put nearly a billion people and more than half the world’s total GDP under the umbrella of a single FTA.

“A US-EU FTA is likely to be the next big trade agreement signed,” says Walid Hejazi, a specialist in international trade at the University of Toronto’s Rotman School of Management. He points out that the much smaller Canada-EU agreement is expected to lead to a 20% increase in bilateral trade and result in a $12 billion increase in Canada’s GDP. “That’s the equivalent of creating 80,000 new jobs,” says Hejazi. “The potential benefit for the US is ten times that figure. Stated simply, the estimated impacts are enormous of a NAFTA-EU free-trade zone.”

As for the EU, a deal with the US could add $111.7 billion a year to its economy, but these impressive gains from increased transatlantic trade will come only after years of tough negotiations and many compromises. Canada and the EU, for example, have not been able to sign a deal after more than five years of talks. “We still have some significant gaps,” Canadian prime minister Stephen Harper said of his country’s trade discussion with the EU at the recent G20 Summit in St Petersburg, Russia. “We are not there as of now.”

In the meantime the US is also reaching out across the Pacific, where it is negotiating a free-trade superbloc that will include Canada, Mexico, Peru, Chile, Vietnam, Malaysia, Singapore, Brunei, Australia and New Zealand. With the recent addition of Japan, the Trans-Pacific Partnership (TPP) will cover 40% of the global economy, which translates into a market valued at about $25 trillion annually, with 800 million people.

“The biggest gains will come from dealing with deep, behind-the-border and regulatory issues that other preferential trade agreements have not adequately addressed, as well as ensuring that trade liberalization is broad-based for both goods and services and does not exclude sensitive sectors—such as sugar, rice, dairy, wheat and textiles,” says Ian Gillson, World Bank senior trade economist.

The TPP could produce annual global trade growth gains of $295 billion, according to economist Peter Petri, a visiting fellow at the Peterson Institute for International Economics in Washington. The biggest beneficiaries would be Japan and the US, who are expected to obtain $119 billion and $78 billion, respectively, of the projected windfall.

But the TPP is not the only mega-FTA being negotiated in Asia. A rival superbloc anchored by China—to create a tariff-free zone with Japan and South Korea—is also in the works. Once a deal between these three Asian titans is in place, by about 2016, the plan is to link up with the 10-member Association of Southeast Asian Nations (Asean), which includes Indonesia, Malaysia and Vietnam. China and Vietnam are expected to benefit most from Asia-only free-trade talks, with Vietnam becoming a regional hub for the manufacture of textiles and garments.

India, Australia and New Zealand, which already have trade agreements with Asean, might also join this China-led initiative, thereby creating a 16-nation bloc with three billion people and combined GDP of $17 trillion. With so many free trade superblocs in play, there is a considerable amount of overlap between them—most notably in Asia where Japan, Malaysia, Vietnam, Singapore and Brunei are all negotiating membership in both the US-led TPP and the Chinese-led Asean initiative.

“The TPP has been portrayed as an effort to contain China,” says Petri. “Meanwhile some American observers describe Asia-only agreements as attempts to establish Chinese hegemony in the region at the expense of a US role.” But Japan might benefit most from the rivalry between the US and China. By positioning itself between them and becoming the entrepôt of 21st-century trade, connecting East and West, Japan might see the economic tide turn in its favor after a decades-old slump.

Some economies are likely to lose out if all of these superblocs reach fruition. “We’re already seeing a slowdown of FDI in Russia, Brazil, Indonesia and an increase in Japan, the US and China,” says Hejazi. “It’s important for the former group to close agreements with other countries and continents to make themselves more competitive and attractive in the 21st century.”

Fortunately for countries slow off the mark, the ultimate goal of all FTAs is to become bigger by swallowing up ever-larger chunks of geography. For example the EU is considering an investment pact with China, it’s second-biggest trading partner, that down the road could result in an FTA between Brussels and Beijing.

More immediately, however, economists predict that by 2020 the TPP and its main Asian rival will be in a position to merge and form the Free Trade Area of the Asia Pacific (FTAAP). The potential benefits accruing from a pan-Pacific free-trade zone of this magnitude is $1.9 trillion annually, or 1.9% of world GDP.

“Eventually, trade blocs negotiate with each other,” says Pol Antràs, an economist specializing in international trade at Harvard University. “That’s been the trend in the last 20 years. So the best bet is that this will happen.”

The smart money may be on ever-expanding superblocs, but they will come at a high price that some countries—like China and Russia, with their state-controlled economies—may in the end not be willing to pay.