As civil unrest continues to flare up in disparate markets worldwide, corporate risk managers must be aware of the impact that sanctions and regulatory changes can have on their political risk coverage.

The line between economics and politics is becoming even finer for risk managers trying to protect their multinationals’ assets, employees and finances against the expanding perils of political risk. Corporate risk officers are grappling with how best to pinpoint those countries needing protection through an insurance mechanism. Adding to the unknown is the expanding use of financial sanctions and economic embargoes by regulators and governments around the world. 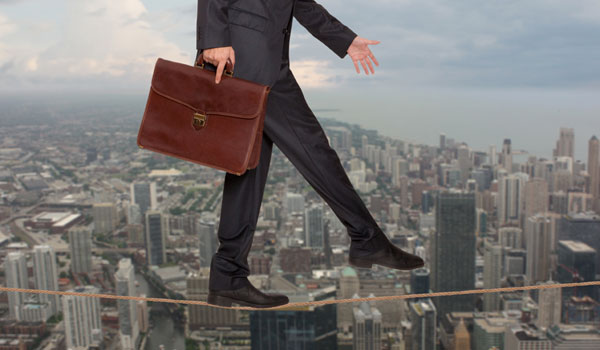 “Embargoes are a very awkward area for companies trading internationally. The sanctions and regulations enforcing them change frequently and create a lot of uncertainty,” says Jorge Luzzi, director of corporate risk management for tiremaker Pirelli in Italy and president of the Federation of European Risk Management Associations. “For example, a long-standing contract can be suddenly thrown into doubt.”

Roger Schwartz, a senior vice president of Aon Risk Solutions, says it is essential for corporate compliance officers and other senior executives to stay abreast of the shifting global landscape of economic embargoes and sanctions. Multinationals should steer clear of the affected countries, says Schwartz, who runs Aon’s political risk practice.

That’s because insurance may not cover such eventualities. Some insurance policies explicitly state that coverage is void if it runs contrary to public policies. Luzzi notes: “Insurers are anxious about the risk of penalties from the US, so they have felt obliged to include sanctions clauses in policies. Confusion has only multiplied, because there are now many different sanctions clauses, and they are very difficult to incorporate into global policies.”

Recent unforeseen outbursts of civil unrest—in countries such as Egypt, Turkey, Brazil and remote parts of China—have pushed the political-risk time bomb into the C-suite and boardroom. Factor in the lagging economic indicators of the so-called BRICS—Brazil, Russia, India, China and South Africa—and the impact on global markets of such recent developments as slowing US Fed easing and the equation for assessing political risk becomes even more complicated.

“Boards are rethinking where should we insure…How do we predict where unrest will unfold,” says Evan Freely, global political risk and trade credit practice leader at Marsh, the insurance broker and risk management firm. Contagion risk looms large for corporate risk managers, and their bosses want to know where the potential for risks and losses lies throughout the corporate system, he adds.

Freely says multilateral agencies have been stepping in to fill the void as insurers pull back from some newly turbulent areas. Although regional institutions can work with local companies based in an unstable region, the Multilateral Investment Guarantee Agency (MIGA), the political risk insurance arm of the World Bank, is playing a role by issuing new investment guarantees to encourage foreign direct investment around the globe.

Olga Sclovscaia, sector manager of the finance and telecommunications operations group at MIGA, says the agency has carried out more business in the Middle East and North Africa since the onset of the Arab Spring than it did before the unrest began. Demand for its cover has also increased in sub-Saharan Africa, where MIGA issued a record $1.5 billion in investment guarantees for the fiscal year 2013, which ended June 30. Most of this cover was directed toward the energy sector.

Côte d’Ivoire, for example, was benefiting from MIGA investment guarantees, or insurance, meant to back the ongoing operations and expansion of a power plant. Emerging from years of civil strife, the West African country’s economy will receive a boost with the upgrade of the existing Azito thermal power plant. The upgrade will let the plant produce more electricity without using more gas. Once completed, the Azito facility will become the largest independent power generator in sub-Saharan Africa. MIGA’s guarantees cover the investment of Globeleq Holdings (Azito) for up to 20 years against any breach of contract by the Côte d’Ivoire government.

In June of this year, MIGA provided non-honoring of financial obligations coverage—which protects a lender, typically a commercial bank, against losses if a government or state-owned enterprise doesn’t ante up with its payments—to HSBC Bank, Société Générale and BHF-Bank. The cover will protect about $401 million of the banks’ financing to the Angolan government for the Cambambe hydroelectric power station, located along the Kwanza River.

Unlike breach-of-contract cover, the MIGA guarantee holder does not need to obtain an arbitral award before filing a claim for compensation with the agency. One of MIGA’s advantages, Sclovscaia adds, is that it can offer policyholders cover for debt repayment schedules of longer time periods: up to 15 or 20 years.

One outcome of the increased evaluation and boardroom scrutiny is that risk officers are securing cover for longer time periods than they used to. Where before they might have signed a three-year policy, policies are now usually being written for five-to-seven years, as companies tap into the lower prices accompanying today’s soft insurance market, Freely says.

Supply is ample in the global commercial insurance market, with the presence of traditional underwriters, such as AIG, Zurich Insurance Group, ACE Group and XL Group, plus the entry of new players into the specialty insurance market at Lloyd’s in London. Yet brokers agree it is difficult to nail down a typical price tag for political risk cover, as annual premium costs hinge on a variety of factors—from the geographic locations of a company’s facilities to the industry to the insured perils.

Notes Schwartz: “All the variables are tossed into an underwriting matrix.” He adds that although underwriters have seen an uptick in submissions for political risk cover, the desire for secrecy on the part of multinationals makes it difficult to gauge actual premium growth. “It’s like kidnap and ransom insurance,” he says, referring to underwriting clauses that can negate the cover if corporate officers disclose its existence.

Alessandro De Felice, chief risk officer for the Prysmian Group, a global company based in Milan, adds that it is critical for corporate risks officers to run political risk assessments during merger and acquisition activity. Multinationals need to ensure their operations won’t run afoul of regulations, laws and sanctions in the pending countries of operation.

“A large part of political risk is uninsurable: the impact on shareholders, the impact on future profits and cash flow, the impact on reputational risk,” says De Felice. “The [insurance] market covers a specific investment. But that’s a minimum part of the risk.”