Corporate Finance : Companies On The Move 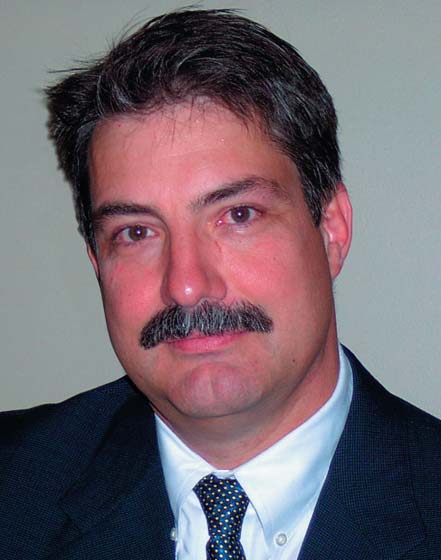 Privately held technology provider Insight Inc. is an unusual kind of company in many respects. Insight, based in Manassas, Virginia,provides software tools and services that help companies to better plan and manage their supply chains and logistics.Its flagship product—called Strategic Analysis for Integrated Logistics Systems, or SAILS—helps companies model where it makes the most sense financially and logistically to build factories and distribution centers and how many to maintain.

Insight’s customers form a who’s who list of multination-al corporate industrial titans, including BASF, ExxonMobil, Kellogg,Motorola,Nestlé,Pfiz-er, Procter & Gamble, Toyota and Unilever.The common theme among these big com-panies is that they have complicated supply chains with a lot of factories, distribution centers and other facilities to site and manage. Much is at stake because logistics represents a large investment for these firms.

Companies on average save 11% on supply-chain costs after deploying Insight’s tools, according to the software provider. For example,Toyota’s US division used Insight’s SAILS computer model to analyze its parts distribution network, which moves more than 8 million parts and ac-cessories each month. SAILS recommended that Toyota build a new parts distribution center in Texas for its Lexus line of cars, because it could save Toyota $2 mil-lion a year, largely on reduced shipping costs, and allow it to get parts to customers faster.


Despite working with such giant customers over its 25 years of existence, Insight itself has not become big,nor has it really sought that. The company has 35 employees and had sales of $4.5 million last year. “We’ve been a small company working with big customers on big problems but not looking to be huge,” says Robert Belshaw, vice pres-ident of marketing and sales. Insight boasts that 80% of the companies it began working with more than two decades ago are still clients today.

Insight was founded in 1978 by a group of five renowned mathematicians and academics, including Richard Powers, who was working on a highly technical study to help the US Depart-ment of Defense consolidate and improve its supply chain. It was the largest supply-chain study ever.

Over the years, Insight was content to grow moder-ately and stay small while focusing on interesting proj-ects. One project, for example, was helping famed in-vestor Warren Buffett’s organization optimize employee scheduling.

“In today’s world if you start a company,the mindset is you want to go public right away. And our group just wanted to do interesting work. It’s a different mindset,” says Belshaw.“Historically, we’ve allowed intellectual cu-riosity to take precedence.”

In 1997—with the economy, the technology and ven-ture capital markets and its own business red hot—the company began to focus more on growth. It hired Belshaw, its first dedicated marketing and sales execu-tive, and brought on two outside investors. ProLogis, a large real estate investment trust specializing in buying, outfitting, selling and leasing industrial sites, bought one-third of Insight.It made the investment to be able to pro-vide its customers—large companies looking for industrial sites and facilities—with logistical planning tools.

“There are other companies that do what Insight does, but we chose them for the quality of the people and the track record," says John Seiple,chief operations officer at the publicly traded, Aurora, Colorado-based REIT. “What was important to us was their reputation—being able to utilize their tools to help our customers. It was not as much about the direct return we might get from In-sight.”

The investment paid big dividends on a project to help global consumer products giant Unilever streamline its North American distribution network, consolidating 15 facilities into five. Insight provided the software tools and expertise to decide what Unilever should do and where. ProLogis then provided the land and designed and built the facilities—more than a $200 million invest-ment.

Despite prioritizing intellectual interest over the growth of the company, Insight has turned in some im-pressive numbers.The company’s revenue grew 22% last year to $4.5 million.The company has been growing in the 20%-25% range over the past three years, according to Belshaw. But that’s not as fast as earlier years.

“Insight like many other consulting companies has faced a little bit of a downturn. I think the company is most in need of an improving economy. It had a nice growth spurt from 1997 to 2001, and we’d like to see it get back on track a little,” says ProLogis’s Seiple. Insight says it is profitable and distributes the money to its em-ployees through a profit-sharing plan. The company doesn’t disclose profit numbers.

■ FOUNDED: The company was founded in 1978 by a group of five renowned mathematicians and academics, including Richard Powers, who was working on a highly technical study to help the US Department of Defense to consolidate and improve its supply chain.
■ HEADQUARTERS: : Manassas, Virginia [also has small offices in Monterey, California and Bend, Oregon]
■ CHAIRMAN & CEO: Vacant [search under way]
■ EMPLOYEES: 35
■ WEB SITE: www.insight-mss.com
■ DESCRIPTION: Privately held Insight makes software tools that allow companies to better manage their supply chains and logistics. For example, its flagship product, called SAILS, helps companies model where it makes the most sense to build factories and distribution centers and how many to have.
■ SALES: About $4.5 million in 2002, and a 22% increase over the previous year. The firm has been growing in the 20%-25% range over the past three years. Insight says it is profitable and distributes the money to its employees through a profit-sharing plan. The company doesn’t disclose profit numbers.
■ CLIENTS: A who’s who list of corporate industrial titans, including ExxonMobil, Procter & Gamble, Kellogg and Unilever. The common thread among these companies is that they have a lot of factories, distribution centers and other facilities to site and manage.
■ INVESTORS:
• ProLogis, a large real estate investment trust specializing in industrial sites, 33%
• Logility, which provides online supply-chain-planning tools, 10%
• Insight employees 57% Sources: Insight, Global Finance research

Insight is a company with a void at the top.It is search-ing for a chief executive after the previous top boss, a re-tired US Navy officer named Mike Finley, left in mid-May after spending just a few months as company CEO and president. “I just don’t think we were the right fit for him—maybe too small a firm—and we were probably not as growth-oriented a company as he wanted,” Belshaw says. Finley went into government defense con-sulting.

This time Insight will utilize an outside search firm to find the right candidate. “The last time the founder [Richard Powers] knew the person, and they didn’t look around. I think that was a little bit of a mistake,” Belshaw says. Until it finds a new CEO, which should take several months, Insight will not seek any more financing. But it may not need to.The company has money in the bank and no debt, Belshaw says.

Another challenge Insight faces is expanding the kinds of services it can provide customers—and thereby its revenue. Insight’s software sales are limited by the fact that few people at client companies need to use—or are knowledgeable enough to use—its applications. The people who buy Insight’s software are usually opera-tions or supply-chain directors with small planning or analysis staffs. So where other software firms are selling 2,000-seat licenses, Insight is selling to a handful of peo-ple at each customer.

Insight is working on expanding its logistics planning applications and moving into procurement planning. Belshaw says the company wants to be able to answer more questions for its clients.

He is confident about Insight’s future. “We’re on a growth model now and finally have an infrastructure to grow,” says Belshaw.“What we do has a big value to cus-tomers. It’s no longer an academic exercise—and really drives savings and values.”