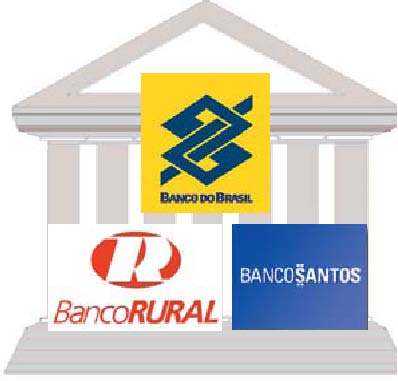 Brazil is doing battle with neighboring Argentina over what Brasilia feels are its Southern Cone Common Market (Mercosur) partner’s unfair trade barriers. The most recent row involves home appliances, the import of which Argentine authorities sought to restrict in July. Hope is in sight, though. At a Mercosur summit in July, a Permanent Appeals Court was established as a court of last resort for trade disputes among bloc members. Prior to the court’s establishment, members would present grievances to the Mercosur Court of Arbitration but, if unsatisfied, had to lodge an appeal before an international forum such as the WTO.
Economic indicators continue to point to Brazil’s economic recovery, prompting local economists to increase their 2004 growth forecast to 3.57%. June unemployment dropped to 11.9% from May’s 12.2%. Federal tax intake rose 36% over the previous year, to 26.6 billion reals ($8.5 billion), in May on account of increased corporate earnings.To support the recovery, the nation’s BNDES development bank increased loan disbursements by 39% year-on-year in firsthalf 2004, to 16.2 billion reals.
In addition to reopening the domestic debentures market, Brazilian corporates are returning to international capital markets, with local banks appearing to lead the pack. Banco Votorantim placed a 5% two-year $125 million fixed-rate note issue via BNP Paribas in July, which was upsized from an initial $50 million. Banco Santos completed an $18 million issue that was also increased from $15 million, while Banco Rural is mulling a $25 million one-year deal via UBS. Federally controlled Banco do Brasil, whose last deal was in December, plans to take advantage of the reduction in Brazil’s risk premium to bring to market a $500 million bond issue before year-end.