In April the darling of the Australian Stock Exchange (ASX), Rupert Murdoch’s News Corporation, announced its intention to pack its bags and move to the United States, where it would reincorporate in Delaware. For markets and investors in Australia and beyond, that news was a shock. But it got worse. In late June Standard and Poor’s announced that News Corp. could no longer be listed on its Australian indexes if it was to join the S&P; 500 in the US.With a market capitalization of A$44 billion, News Corp. constitutes a hefty 8% of the Australian S&P; 200—the market’s benchmark index. Stripping it out of the listing would, at the very least, lead to some frantic portfolio rebalancing for local investors.

Not surprisingly, the reaction in the Australian market was one of considerable consternation. Although to all intents and purposes the media con- downglomerate made the US its home a long time ago, the ramifications of its removal from the Australian indexes would be felt throughout the local market—and could hit the national stock exchange exceptionally hard. With Australian equities already heavily concentrated in only a few sectors, News Corp. would be sorely missed. Banks and property trusts would dominate the index, resulting in a significant concentration in interestrate- sensitive stocks. As Munib Madni, investment manager at the UK- and Singapore-listed Aberdeen Asset Management, observes, “The Australian market is becoming bunched up.” Some of the concerns in the market simply derive from the excess of work ahead for many institutional investors. In light of S&P;’s announcement, index managers are faced with the formidable task of selling their News Corp. shares and redirecting their portfolios. Even active managers who are less tied to the index will have reason to shift some assets. Many have large holdings in News Corp. due to its sheer size and as a result of the changes will have to reconsider their strategy going forward to ensure they are not left exposed.
How the changeover is handled is another concern, of course. Australian investors may lose out if they are forced to sell prematurely at a low price. There is little reassurance that American investors will jump on board immediately—especially if there is no particular incentive to do so. The uncertainty is causing problems, too. There was a ripple of concern through the market in June, for example, when it appeared the S&P; would effect the changes over a matter of several days. However, after further market consultation, the agency announced in early August that News Corp. would exit the Australian indices over a nine month period in four stages. In July Richard Humphry, CEO of the ASX, further played down any concerns, estimating that there would be a sixmonth transition period.

Small Loss for Australia, Giant Loss for ASX
Institutions and individual investors may be concerned about the damage News Corp.’s move will cause to their portfolios. It is the Australian Stock Exchange, however, that stands to lose the most. And while the ASX has played down any concerns, contending that it is far too early to assess the impact, analysts are more open about its effect. Ashwini Chandra of Goldman Sachs JBWere estimates that the ASX’s earnings could drop by up to 11% in 2006 and 2007. This reflects the fact that News Corp. is the most heavily traded stock on the exchange. While Chandra avoids a hard-and-fast conclusion, she is certain there will be a significant impact. “Unfortunately there is no accurate way of knowing exactly what the impact might be on the ASX,” she noted in June. “What is clear though is that if News Corp. ordinary and preference shares make up around 5% to 8% of trading volumes on the ASX, there is clearly going to be some impact on trading volumes.”
Deutsche Bank analyst Paul Hinds forecasts a further 6% earnings down side should News Corp. be de-listed: “On our estimates a full de-listing in Australia is likely to result in the loss of up to A$10 million in revenues, principally due to reduced equity and derivative trade volumes.” There is also the worry of investors reallocating their funds: There is no assurance that they will keep their money in Australia— particularly foreign investors. Rather than putting the funds into other leading stocks on the ASX, there is a risk that they will turn to international equities instead.
A spokesperson for the ASX acknowledges that the decision must result in some trading migrating 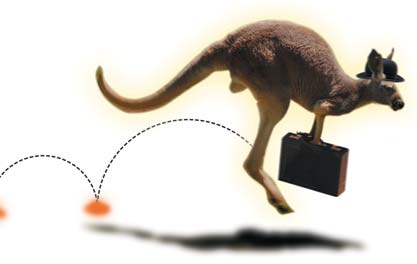 to the NYSE—not least because more American institutional investors who are currently unable or not prepared to trade News Corp. will do so. But he points to other Australian companies that have gone overseas, such as BHP and Brambles, and notes that their dual listings have actually increased liquidity in the Australian market.Then again, unlike BHP (now known as BHP Billiton), News Corp. will have its primary domicile in the US, not Australia. The spokesperson admits that News Corp. is in a particularly unusual position, making comparisons difficult. It will take some time before the full effect is known: “It is as much unknowable as unknown,” he says.

Investors Threaten To Oppose Move
Much of the noise in the market has been waved aside as hype. One Sydney investor puts it down to the baying of a whole lot of miffed brokers who stand to lose much of their trading business from the move. Of course, media research analysts may also become redundant. Nevertheless, many of the local fund managers, who are mandated to invest in Australian equities, do feel strongly about the move. Indeed, a number of them have threatened to vote against the change of domicile when the issue is officially canvassed in October. Ordinary investors hold around 41% of News Corp.’s ordinary stock and 38% of its preference shares, so their threat is not an idle one. Investors’ influence will be further enhanced by the fact that key shareholders among the Murdoch family have removed themselves from the vote. Holding 29% of the voting stock, the family has agreed to abstain from voting on the basis that it is selling the privately owned Queensland Press to News Corp. as part of the shift in domicile; any vote by the family would constitute a conflict of interest.
Not all are convinced Rupert Murdoch will stand by this assurance, however. On the other hand,Anthony Noto of Goldman Sachs in New York believes American investors might ultimately sway the vote by buying up a sufficient stake in the company over time (see box, page 20). As one Sydney-based institutional investor points out, News Corporation’s Rupert Murdoch is unlikely to have made such a proposal without first having considered it from every angle. And despite talk of dissent, a number of Sydney-based fund managers admit that News Corp.’s move is inevitable and say that they are unlikely to oppose it. Says Suellen Henry, senior portfolio manager at the local investment house 452 Capital: “News Corp. will do it ultimately anyway.And it makes sense as far as we’re concerned. It will add value to the company.” Madni at Aberdeen Asset Management adds:“News Corp. won’t make or break the Australian market. Overseas investors see lots of companies worth investing in. It won’t scare them away.”He concludes,“There’s lots of talk going on and lots of different agendas.” 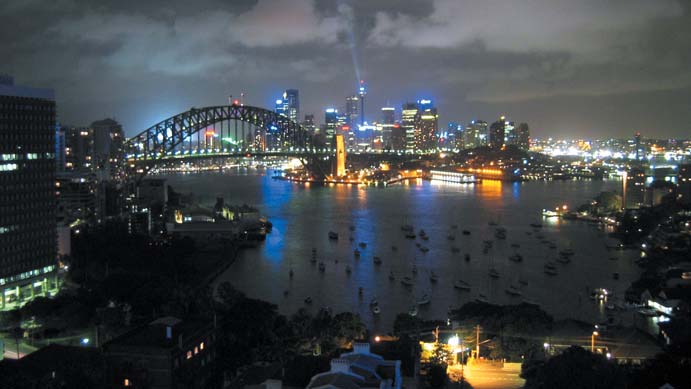