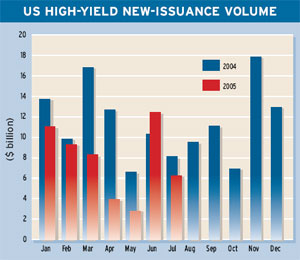 Software provider SunGard Data Systems sold $3 billion in notes on July 27 in a three-part offering that was the largest issue in the high-yield debt market in more than six years.

Wayne, Pennsylvania-based SunGard originally intended to issue $1.25 billion of notes as part of the financing for the largest leveraged buyout since the RJR Nabisco takeover in 1989. In light of strong demand from yield-hungry investors, however, the intended issue was increased to $2 billion.

Hours after the $2 billion of fixed- and floating-rate notes were priced, SunGard returned quickly to the market for another $1 billion of 10-year senior subordinated notes, which were priced to yield 10.25%.

SunGard and seven private-equity groups led by Silver Lake Partners moved up the offerings by a day to take advantage of favorable market conditions.

SunGard’s $11.3 billion leveraged buyout, which was agreed to in March, was the largest LBO ever of a technology company. SunGard said shareholders approved the buyout on July 28.