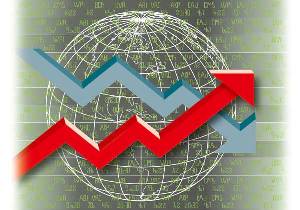 Depositary receipt trading worldwide rose 8.3% to more than 78 billion DRs in the first half of this year and was valued at a record $1.84 trillion, according to BNY Mellon. Most of the trading took place on the New York Stock Exchange and Nasdaq, as US investors sought to take advantage of faster economic growth in foreign markets. US-listed programs accounted for nearly 90% of global DR trading value in the first six months of 2010.

India and China together accounted for 34 of the 44 new primary and follow-on DR offerings in the first half, which raised more than $4.1 billion. “The performance of China’s economy is a major driver of world markets at the moment,” says Michael Cole-Fontayn, chief executive of BNY Mellon’s depositary receipts business. “The Chinese government is keen to emphasize the quality of its economic growth and not just the overall rate of growth,” he says. “

The return to growth of the Russian economy has been reflected in the performance of some of the resource companies,” Cole-Fontayn says. Of the top 10 most actively traded DR programs on the London Stock Exchange in the first half of this year, nine were for companies based in Russia. The value of DRs traded on the LSE rose 56% in the first half of 2010, compared with the same period a year earlier, and totaled $152 billion.

The most actively traded US-listed DRs in the first half included Brazil-based Vale and Petrobras. Brazil-based builder and property developer Gafisa, Kazakhstan-based Alliance Bank and India-based Essar Oil were the top three companies raising capital in the DR markets in the six months through June.

Most of the new issues this year were expected to come from the BRIC countries—Brazil, Russia, India and China—and that scenario played out in the first half. “The market has seen a significant increase in trading value and volume, as well as continued growth in new programs,” Cole-Fontayn says. “Much of this was spurred by high-growth markets and their attractive growth prospects.”

BNY Mellon has been instrumental in several innovations in the DR market this year. It was structural adviser in June to UK-based Standard Chartered, which became the first company to establish an Indian DR program and the first foreign company to list on India’s domestic securities markets. “The Indian regulatory environment is complex and challenging to navigate,” Cole-Fontayn says. “There are wrinkles in the DR structure that are unique to the Indian market. Hopefully, we have eased the way for other global companies to have a smoother route to the market.”

BNY Mellon also played an important role in the introduction in July of the first actively managed international exchange-traded fund. The BNY Mellon Classic ADR Index is the fund’s primary benchmark. The new ETF, which is sponsored by AdvisorShares Investments, based in Maryland, trades on the New York Stock Exchange. It offers US investors who are looking to diversify their portfolios a more efficient mechanism to invest globally, Cole-Fontayn says.

Revival Is Mainly In Asia

Akbar Poonawala, managing director and head of global equity services at Deutsche Bank, says that although there has been a good uptick in DR trading and issuance, it is mostly limited to a few countries. “The revival continues to be mainly an Asia story, with India, China and Hong Kong accounting for most of the activity,” he says. “We also have seen the return of Russia to the market. However, it is not a rip-roaring, across-the-board resurgence.”

New issuance will likely remain sporadic, with emerging markets countries continuing to dominate in the second half of 2010, Poonawala says. Sectors in favor include healthcare and education, which investors assume to be better placed to withstand economic pressure, he says. “The technology sector, which has been on the back foot for the past few years, is also coming back,” he adds.

Claudine Gallagher, global head of depositary receipts at J.P. Morgan, says the pace of DR issuance is likely to accelerate in the second half of 2010, starting early in the fourth quarter. “The pattern will be similar to 2009,” she predicts. The global economy is continuing to recover, Gallagher adds, and underwriters and issuers are much more optimistic than they were a year to 18 months ago. There could be a couple of big transactions later this year that will swell the total deal value, she says.

“We are starting to see companies from Eastern Europe, including Russia and Ukraine, coming to market, and the pipeline from that region is beginning to build,” Gallagher notes. India and China continue to stand out in the sheer quantity of companies that are ready, able and willing to come to market, she says. Companies from Mexico may also tap the DR market for equity capital, but probably not until next year, she adds. Meanwhile, Brazil continues to be the source of most new issues in Latin America.

Nancy Lissemore, managing director of depositary receipt services at Citi, says that while DR capital raisings in the first half of 2010 were more than double the level of the same period of 2009, they were well below the level of the second half of last year. “There were many reasons why the equity markets lacked confidence in the first half of this year,” Lissemore says. Among the issues creating uncertainty were Europe’s sovereign debt crisis, bank stress tests, financial regulatory changes, the possibility of a double-dip recession and China’s tightening fiscal policy.

“The outlook for capital raising using DRs in the second half depends on the level of confidence in the markets,” Lissemore says. The BRIC countries and Taiwan are likely to be active issuers. In the case of Russia, the issuance is mostly in the form of global depositary receipts, and in Brazil, it is mainly in local shares. “Still, this local issuance creates the opportunity for the later creation of Level 1 programs to give foreign investors access,” she says.

US investor interest in emerging markets is continuing at a high level, and many of these markets provide limited access for foreign investors, Lissemore says. “This creates a great opportunity for DRs,” she says.