Demand for environmental and climate-change-related insurance is set to rise sharply. 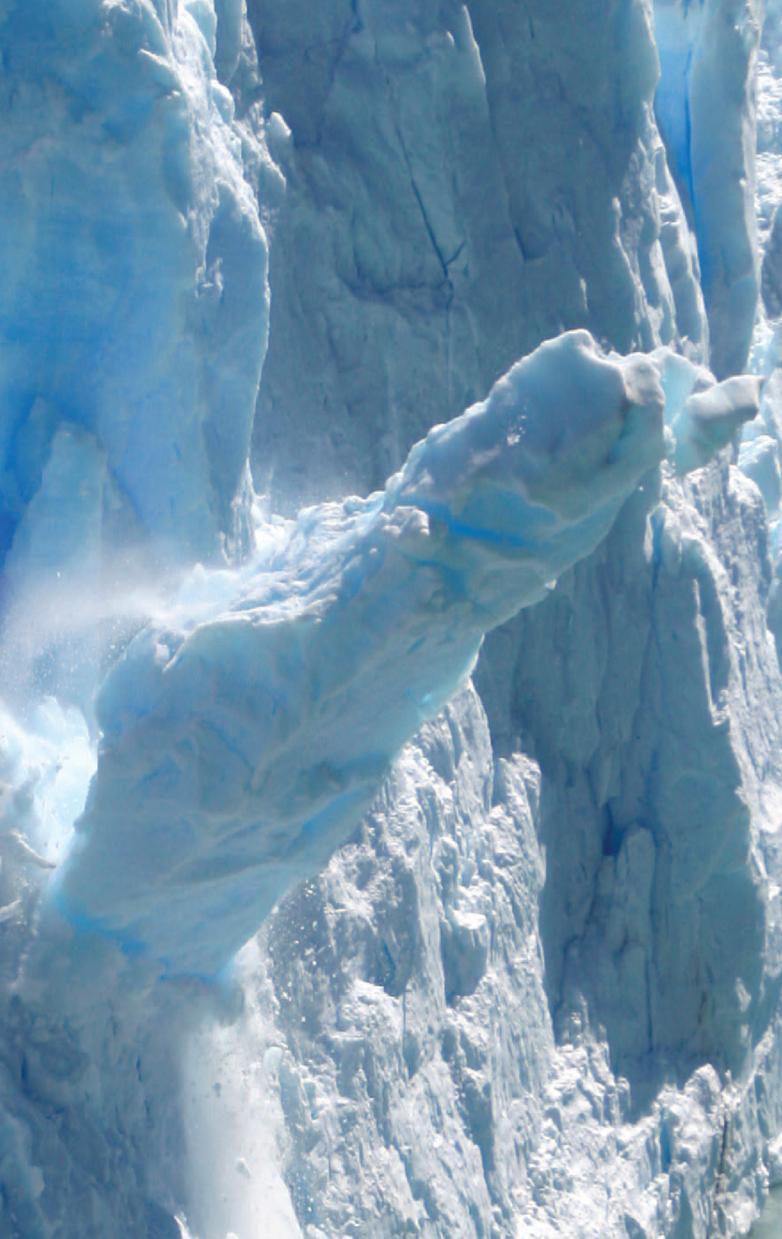 Along with more government regulations meant to rein in multinationals’ damage to the environment, the heightened public awareness of industry’s ability to pollute will up the ante for corporate risk officers intent on protecting their bottom lines against environmental risks in the coming years. The massive oil spill in the Gulf of Mexico this spring hasn’t sparked a widespread boardroom reassessment of companies’ global exposure to environmental risks, analysts say. But it has raised the ire of people—and regulators—upset with industry’s role in damaging the environment and contributing, some say, to the planet’s rising temperatures. The worldwide increase in carbon emissions, incidents such as a December 2008 coal fly ash slurry spill in Tennessee and recent chemical spills into Chinese rivers are shaping a more stringent regulatory environment that corporate risk officers doing business around the globe will eventually need to heed over the next decade, experts say.

“In the United States, the EPA’s [Environmental Protection Agency’s] budget is up 40%,” says Chris Smy, managing director and global practice leader for environment at insurance broker Marsh. Smy, who is based in Marsh’s Atlanta office, points out that the Chinese government is currently devising and enforcing new regulations, while the Environmental Liability Directive, a recent piece of European Union legislation, requires companies to assume greater liability if they damage the environment. “The ELD can bring more potential parties into its cross hairs,” Smy adds.

Richard Corbett, president of XL Environmental, a division of XL Insurance in Exton, Pennsylvania, agrees. “It’s a changing landscape for multinationals as governments move to adopt more stringent regulations,” says Corbett. The changes can be seen from South America, where governments in Brazil and Argentina have set new liability limits for pollution related to mining activities, to Canada, where new regulations that hold contractors more accountable for environmental damage were a reaction to greater public awareness of industry-spawned pollution.

And in Asia the giant Chinese economy is going through wrenching changes as the country shifts from an agrarian to an industrial state. “In China, there’s a growing middle class, and people are becoming concerned with the atrocious environmental issues…chemical issues and environmental and safety issues,” says Corbett. He points out that the EPA, the United States’ top environmental regulatory agency, has taken a more active stance to rein in carbon emissions even in the midst of a global recession.

Multinationals are watching as governments move to clamp down on the industrial emission of those greenhouse gases that can contribute to global warming and adversely harm the environment. At Continental Airlines the carbon emissions emanating from its aircraft is one of the more nebulous environmental risks that worry corporate executives. “It’s a bigger and harder issue to get our hands around,” says Pete Fahrenthold, managing director, risk management, at Continental Airlines in Houston, Texas. While noting that aircraft engines produce smaller amounts of CO2 emissions relative to other greenhouse gas emitters, he adds: “We want to be good citizens on this.”

Even as corporate financial officers wrestle with shareholder demands that they disclose the financial risks of climate change in their public documents, the insurance industry hasn’t yet developed any products to compensate companies for losses stemming from the adverse impact wrought by climate change. “We can’t buy coverage for the fact that CO2 is emitted over the Atlantic Ocean,” says Fahrenthold, who is also chair of the enterprise risk management committee of the Risk and Insurance Management Society, a professional association of risk managers in North America based in New York City. He adds that “climate change regulation is a growing risk, and organizations with those exposures should constantly monitor legislative and regulatory activities, both to try to influence the provisions of the regulation/legislation and to make decisions about how their existing or planned operations will be impacted by the change.”

He urges risk managers to assess the financial impact of any new regulations and whether affordable insurance cover or a capital markets solution is available.

The insurance arm of Allianz Group doesn’t write any cover in this area, says Richard Manson, a spokesman for Allianz Global Corporate & Specialty in Munich. Yet the global insurer would advise a corporate client with factories or offices located near coastal areas impacted by more frequent flooding, for example, to obtain higher property insurance limits and boost its security systems to monitor for storms and any possible subsequent flooding, says Manson. The increased volatility of storms owing to climate change has made it more difficult for insured parties in the Caribbean to buy wind risk insurance, he adds.

Manson agrees that the growing public clamor to protect the environment has resulted in increased legislation from governments around the world. He points to the European Union’s ELD, which is coming into play throughout Europe as individual countries adopt the necessary implementing regulations. He says the directive wasn’t the result of any single environmental disaster but reflected the public’s growing concern over corporations’ polluting practices.

The ELD applies to incidents that cause, or threaten to cause, water pollution or land contamination and requires broad compensation from the companies that cause the damage. While environmental legislation in some EU member states already holds a company liable for this type of damage, the ELD introduces a new aspect of liability that makes a polluter liable for damage to protected species and natural habitats. The polluter must take major steps to restore the natural habitat or protected species. And if it can’t be restored, then an alternative habitat must be created.

Experts say that government regulations, along with corporate purchases of environmental risk cover, should increase once the recession eases. The economic downturn crimped, for example, activity in the construction industry and slashed the number of mergers and acquisitions, both of which were major drivers of corporate purchases of environmental risk cover. Contractors and property owners typically purchase operational risk insurance to protect against liabilities stemming from any property pollution. Companies involved in mergers and acquisitions buy transactional risk cover to protect their bottom line against future liabilities that might emanate from an acquired asset, says John Welter, managing director of Aon Risk Solutions’ environmental services group in Chicago.

In the short term, corporate risk officers aren’t expected to face greater premiums when they renew their environmental risk cover. The Deepwater Horizon oil rig catastrophe, which resulted in a spill of about 5 million barrels of crude oil into a 10,000-square-mile area of the Gulf of Mexico, hasn’t had an impact on insurers’ capacity to write this type of cover and, experts say, has not led to a hike in premium prices. In fact, prices in the commercial property and casualty market have generally been falling over the past several years and were flat for the past 12 months. Part of the explanation may be that worldwide capacity for environmental risk insurance remains strong—the number of insurers has doubled to nearly 35 in the past several years. “There’s broader coverage terms and downward pressure on prices,” says Smy of Marsh.

Executives at global consulting firm Towers Watson estimate that net commercial insured losses from the Gulf of Mexico oil spill will be between $4 billion and $6 billion, even though economic losses are estimated to tally $35 billion. That’s because the amounts of insurance cover purchased by the companies directly involved in the disaster were relatively small, says Stephen Lowe, a managing director at the New York City–based firm. BP, which was in a 65-25-10 joint venture as operators of the well with Anadarko Petroleum and Mitsui, was self-insured and had no commercial liability insurance cover for the event, Towers Watson executives say. BP, which has been named as a defendant in more than 300 lawsuits stemming from the incident, insures itself through a captive, according to Towers Watson.

Experts agree that environmental risk insurance, also known generically as environmental impairment liability, should be a part of any multinational’s enterprise risk management plan. Yet as governments rarely mandate the purchase of this line of insurance, some companies without an obvious potential for environmental risks may be declining this discretionary line of casualty cover during tough economic times—which might be a mistake. It is not only companies that produce or store toxic substances like chemicals or pesticides that can carry exposure to environmental risks and the subsequent hefty price tags associated with cleanup operations and liability claims.

“The C-suite wants the business to weather any event and still prosper,” says Jeffrey Beauman, vice president, all-risk underwriting, at FM Global in Johnston, Rhode Island. As an international property insurer, FM Global does not offer liability cover against environmental risks, but it has always placed a priority on reducing risks through preventive techniques. “[Senior managers] want their risk manager to think broadly about the business and how it could be affected. There could be environmental hazards tied to mundane news…a fire could release toxic materials,” Beauman explains.

Allianz’s Manson adds: “It may not be mandatory to be insured, but there is no maybe about sanctions and government fines for polluting. And these are long-term issues. Toxic wastes may not be found on a site you owned until 20 years later. But you’re still going to be liable [for the pollution.] There’s no maybe about it.”