The benefits of joining the eurozone are not as clear as they once were for countries in Central and Eastern Europe. 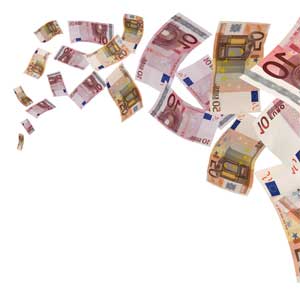 The countries of Central Europe have long shaken off their former status as Soviet satellites. Their economies have been transformed and, despite having suffered a sharper contraction than Western Europe during the last recession, they have emerged strongly. The IMF is forecasting growth of 4.3% across emerging Europe over the next two years.

But, because of their dependence on the West for export markets and capital investment, in a sense they retain satellite status. Only now they are waiting on Euroland, not Eurasia.

Of course there are many differences between economies across the CEE region, from the tiny Baltic republics down through the larger central European economies like Poland to the fragmented and less economically developed Balkan republics.

Some—Estonia, Slovenia and the Slovak Republic—are already part of the eurozone. Others, like Romania and Bulgaria, maintain a currency peg to the euro in expectation of joining sooner or later, while Poland, the Czech Republic and Hungary retain free-floating currencies. Then there are the Balkan nations like Serbia and Albania, which have yet to be admitted to the EU’s free trade area. But all are deeply affected by developments in Euroland.

Most pressing is Greece’s ongoing sovereign debt crisis and the threat of contagion—not only to other eurozone members like Italy but also to CEE countries whose economies and banking systems are intertwined with them.

“There may be another round of problems in Greece,” says Gunter Deuber, head of the CEE research team at Raiffeisen Bank International. “It depends very much on their delivering all of the reforms promised.”

And as Max Watson, visiting fellow of St. Antony’s College, Oxford, and associate fellow of the London think tank Chatham House, points out: “A sizable proportion of the banking system in Serbia, Bulgaria and Romania is owned by Greek banks, so any further problems in Greece could put a brake on credit flowing into these countries and therefore adversely affect their growth.”

Deuber estimates that Greek banks represent between 25% and 30% of Bulgaria’s banking sector, while in Romania and Serbia they hold more than 10% of assets. But, he points out: “Local banking regulators have been very tough on funding from parent banks in Greece. That dependence has been reduced through a buildup of local currency portfolios.”

Nonetheless, a disorderly sovereign default by Greece would have severe repercussions, especially for Southeastern Europe and Cyprus, whose outsize banking system is largely backed by holdings of Greek bonds.

Capital markets concerns are now shifting to larger Southern European economies, however, such as Spain and Italy. As a result, major Italian banks like UniCredit—which has big exposures to both Greece and Central Europe—are paying more to insure their loans through credit default swaps than some German Landesbanken that came out of the last round of stress tests poorly.

“I don’t think sovereign debt issues in some eurozone countries have changed the need of CEE countries to have the EU and the euro as an anchor,” says Watson. “For the smaller economies, especially, it doesn’t make sense over the long term to keep their separate currencies. And with those countries like Bulgaria, Croatia, Latvia and Lithuania, whose exchange rates are pegged to the euro, joining a common currency seems sensible in the medium term.”

Benefits of Membership in Doubt

Erik Berglof, chief economist at the European Bank for Reconstruction and Development, agrees that more CEE countries should sign up. “The benefits are the protection—especially for smaller economies—in times of economic volatility, but also the lower cost of capital and the greater financial integration that such a step affords.”

But doubts are growing about the benefits of membership. Countries already within the eurozone have been locked into a fixed exchange rate and so, unlike free-floating Poland or the Czech Republic, have been unable to profit from a depreciation of their currency. Deuber notes that as a eurozone member the Slovak Republic suffered a far harsher recession than its Czech neighbors, while Slovenia experienced nearly 9% negative growth.

“Before the crisis it was assumed that most of Central Europe would join the eurozone by 2015,” says Deuber. “But now there is no clear argument that being within a fixed exchange rate is a good thing. Even countries operating a currency peg like Bulgaria are more cautious and, along with others, have moved the time frame to within the next decade.”

The other assumed benefits of closer integration—better access to Western European markets and improved competitiveness—are now being questioned as economic slowdown looms in once buoyant “core Europe”—including Germany, the Netherlands and Austria.

Even Poland, the most successful CEE economy, is feeling the strain. As chief economist at Société Générale Poland, Jaroslaw Janecki, explains: “Germany is our key trade partner, accounting for roughly 26% of Polish exports.” He says the country sailed through the last financial crisis without a single quarter of negative growth “due to the buoyancy of the domestic market.”

These days the situation is very different in Poland, with lead indicators like the Purchasing Managers Index (PMI) declining in both Poland and Germany. Also, Poland’s investment boom, driven by public sector spending equal to nearly 6% of GDP, is drying up as the government brings in fiscal tightening.

“We are still waiting for private sector investment from companies which have been sitting on their cash,” says Janecki. He expects private investment to open up by 2012. Provided, that is, external factors—such as the momentum of Germany’s economy after fiscal tightening—does not choke off demand.

Should that trend continue, it would have the greatest impact on the most integrated CEE economies, namely Poland and the Czech Republic, in which German companies have built up large production facilities. But it is Hungary, whose economy depends on Western exports, that Deuber sees as “the biggest risk going forward”.

“There is also a clear correlation between risk appetite in Europe’s emerging region and the situation on the foreign exchange markets,” says Janecki. “Higher global risk perceptions have made the zloty weaken against the euro and the Swiss Franc—the latter being very important for Polish households because a large share of their mortgages are held in this fast appreciating currency.” Currency volatility has also affected the equity markets, with the Warsaw Stock Exchange’s performance worsening along with other bourses in the region.

“Hungary and Poland are vulnerable to external shocks because nonresident investors account for a large share of their public debt,” says Deuber.

In Hungary it is between 55% and 60%, much of that in short-dated bonds. This, he says, makes the forint vulnerable in a crisis.

More recently, capital inflows into Poland spurred on by its success story have boosted nonresident holdings from below 20% to nearly 40% of public debt. But, as Deuber points out, this is mostly longer-dated paper and Poland has close to 85% of this year’s borrowings covered. Of all the CEE countries, he sees the Czech Republic—with less than 25% of its longer-dated debt held by foreigners—as “the most shielded” should risk aversion take hold.

Watson contrasts the situation of countries like Poland and the Czech Republic—with their strong export links to Germany—to that prevailing in Southeastern Europe, where capital inflows have been used mainly to finance real estate and infrastructure developments. “These countries need to shift towards tradable goods and services,” says Watson, “and that requires stronger export markets—primarily in Western Europe.”

The risk profiles of even neighboring countries can vary significantly. “Romania looks vulnerable to volatility because most of its debt is short-term so it needs to tap the markets frequently,” says Deuber. He contrasts this with the “more solid situation in Bulgaria where local banks and pension funds hold more of the sovereign debt.”

Watson believes there are alternatives and that the old hub-and-spokes growth model, whereby a financial center like Vienna acquired subsidiary operations in CEE countries, is being replaced by the emergence of a regional market with more cross-border trade.

“With the old model there was no cross-border element—except contagion. Now that the allergies to doing business with your immediate neighbor that resulted from the break-up of Yugoslavia are beginning to die down, a new ‘Yugosphere’ market of some 30 million consumers is gradually re-opening.” As evidence of this he points to Slovenian supermarkets expanding across the region.

"A sizable proportion of the banking system in Serbia, Bulgaria and Romania is owned by Greek banks"

For all, joining the EU is still on the agenda. “Serbia is now more on course to join,” says Watson.

If EU accession offers clear benefits for Serbia, Albania and other aspirants further east, the advantages of joining the euro’s one-size-fits-all exchange and interest rate regime are no longer so obvious, particularly for economies on Europe’s periphery. Deuber suggests that even for the more successful EU members like Poland or the Czech Republic, the Swedish model of belonging within the EU but staying outside the eurozone could be the most attractive option.