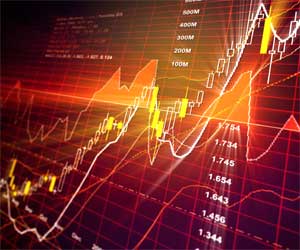 As regulators on both sides of the Atlantic struggle to come to grips with new derivatives trading rules, the market is already moving dramatically toward exchanges and central clearing. The desire to reduce counterparty risk in the wake of the global financial crisis is the main impetus for this migration of trading at a time when demand for hedging is growing rapidly.

Trading in derivatives contracts listed on exchanges rose almost 26% last year to 22.4 billion contracts—the highest level since 2003–2004, according to the World Federation of Exchanges. Meanwhile, the over-the-counter derivatives market worldwide is valued at about $600 trillion, or ten times the world’s GDP, and new regulations will require that more and more of this trading be conducted on exchanges and cleared through central clearinghouses.

In a white paper released in July, Citi estimates that about 60% of OTC derivatives market by volume will be centrally cleared, going forward. Institutions will be subject to higher margin requirements for noncleared swaps, increased margin and collateral complexity and increased reporting requirements.

The number of exchange-traded contracts in derivatives markets grew by 9.8% in the first six months of 2011, compared with the same period a year earlier, according to the World Federation of Exchanges. Stock index options led the way, with an increase of 23%. Among the top 10 exchanges in equity derivatives, the National Stock Exchange of India had the fastest growth, with an increase of 51%. The Korea Exchange’s popular Kospi 200 options accounted for 70% of the index options volume traded worldwide.

The CSI 300 stock index futures contract, which began trading in April 2010 on the China Financial Futures Exchange, based in Shanghai, were an instant success. Total volume for the contract in 2010 reached more than 45.8 million, making it the fourth most actively traded equity futures contract in Asia.

“After hitting a wall in 2008, the volume of equity derivatives trading has increased dramatically, especially in Asia,” says Martial Rouyere, global head of equity derivatives at Daiwa Capital Markets in London. “The market has returned to a more normal level of activity now that the crisis is behind us.”

The Asian derivatives business, which operates out of Hong Kong, provides market-making services in listed Hong Kong warrants and generates flow business from the issuance of equity-linked notes and OTC derivatives based on the equity of Asian companies.

The higher collateral costs incurred as trading migrates to exchanges and central clearing will have to be borne by the banks, Rouyere says. “The cost of doing business is increasing, and it will be difficult to pass those costs on to the customer as more and more players are entering the market,” he says.

“People don’t want to have to worry about counterparty risk,” says Kieron Smith, global head of institutional and corporate volatility, RBS Global Banking and Markets. The volume of equity derivatives trading in the United States and Europe is similar to last year’s, Smith says, but exchange-traded volumes have increased, while OTC volume has declined.

New market structures with increased transparency are being designed to prevent systemic risk in financial markets. Many jurisdictions, however, are going to miss the Group of 20’s deadline for implementing the changes, which is set for the end of 2012.

Under the Dodd-Frank Wall Street Reform and Consumer Protection Act passed last year, the Commodities Futures Trading Commission (CFTC) and other US regulators—including the Securities and Exchange Commission (SEC)—were supposed to finalize rules to regulate the OTC derivatives market by July 16, 2011.

After sifting through some 21,000 comments received on the proposed rules, the Commission announced it would require at least another six months to write the rules. Meanwhile, member states of the European Union are still trying to reach agreement on a number of key outstanding issues.

“Uncertainty is never good,” says Smith of RBS. “The institutional flow side of the business is likely to be less affected, however, because much of that business is already going to exchange-traded options.”

People don’t want to have to worry about counterparty risk

Corporations could face the greatest uncertainty, Smith says, as it is unclear which corporates will get a waiver—meaning they won’t have to trade through a listed exchange or use a central clearinghouse—and which will not. He adds: “If a corporation is considered to be a market counterparty, it may have to put up collateral as well, which changes the price dramatically.”

Eric Litvack, COO, global equity flow, at Société Générale, says a number of elements of Dodd-Frank were due to come into effect in July, a year after the act was signed into law.

The absence of completed rules had the potential to create significant legal and regulatory uncertainty, he says. However, both the SEC and the CFTC extended the effective date of some provisions until the end of 2011 to limit the destabilizing effect the lack of finalized rules would have.

“One area where the delay may lead to continuing uncertainty is in the area of regulatory convergence between the US and Europe,” Litvack says.

“While regulators in the US and Europe are in regular contact with a view to achieving broadly similar results, the different legislative processes create the possibility of different implementation,” he adds.

The focus on hedging has picked up since the financial crisis, says Dushyant Chadha, managing director and head of equity derivatives for the Americas at Deutsche Bank in New York. “There is a tendency to put hedges onto exchanges because of increased concerns of counterparty risk in the OTC market by end users,” he says. “Stock index put options act as insurance against the index that is being hedged. As well, end users have started looking at purchasing options as a hedge against rising implied volatility.”

Tail-hedging funds have also reemerged since the financial crisis. During the “flash crash” of May 6, 2010, when the Dow Jones Industrials Average plunged by nearly 1,000 points before rebounding, both the front and the long end—or tail—of the volatility curve moved significantly, he says. Tail risk is low-probability, large-deviation portfolio risk.

One key area of uncertainty where the lack of clear guidance is hampering market participants in preparing for regulatory change is the extraterritorial scope of some new measures.

Leading trade associations, including the European Banking Federation and the Wholesale Markets Brokers’ Association, have warned that the extraterritorial application of the new rules could push up financing costs and create risks for the global economy. They suggest a “mutual recognition” system, whereby firms would only be required to comply with home-country regulations.

The US and EU are acting under guidelines of the G20, which should provide some comfort that broadly similar outcomes will be achieved, Litvack notes. “That being said, there are differences in application in each jurisdiction which may well lead to some unevenness in the playing field,” he says.

In the US, for example, the swap push-out rule that prohibits providing federal assistance to certain types of swap market participants and the Volcker rule limiting certain speculative investments by banks—rules that don’t exist elsewhere—could lead to competitive distortions between US and non-US banks.

Litvack notes: “This will affect the registration of non-US swap dealers under Dodd-Frank, the ability of foreign dealers to compete on equal terms with domestic dealers in the US and EU, and in certain cases, the recognition of clearinghouses.”

There are also major financial centers outside the G20 that are not bound by its commitments. “Then there is the issue of different rules for different classes of users,” Litvack says. “One size does not fit all.”

Dealers and major swap participants will be subject to a new regulatory regime with business conduct standards and reporting and record-keeping requirements. The buy side will also be affected.

The proposed new rules for derivatives trading need to be globally coordinated so as not to benefit certain regional groups at the expense of others. International harmonization is key, notes Chadha.